The modern woman in this day and age is all about embracing her freedom, and defying all of the constraints society would love to place her in. 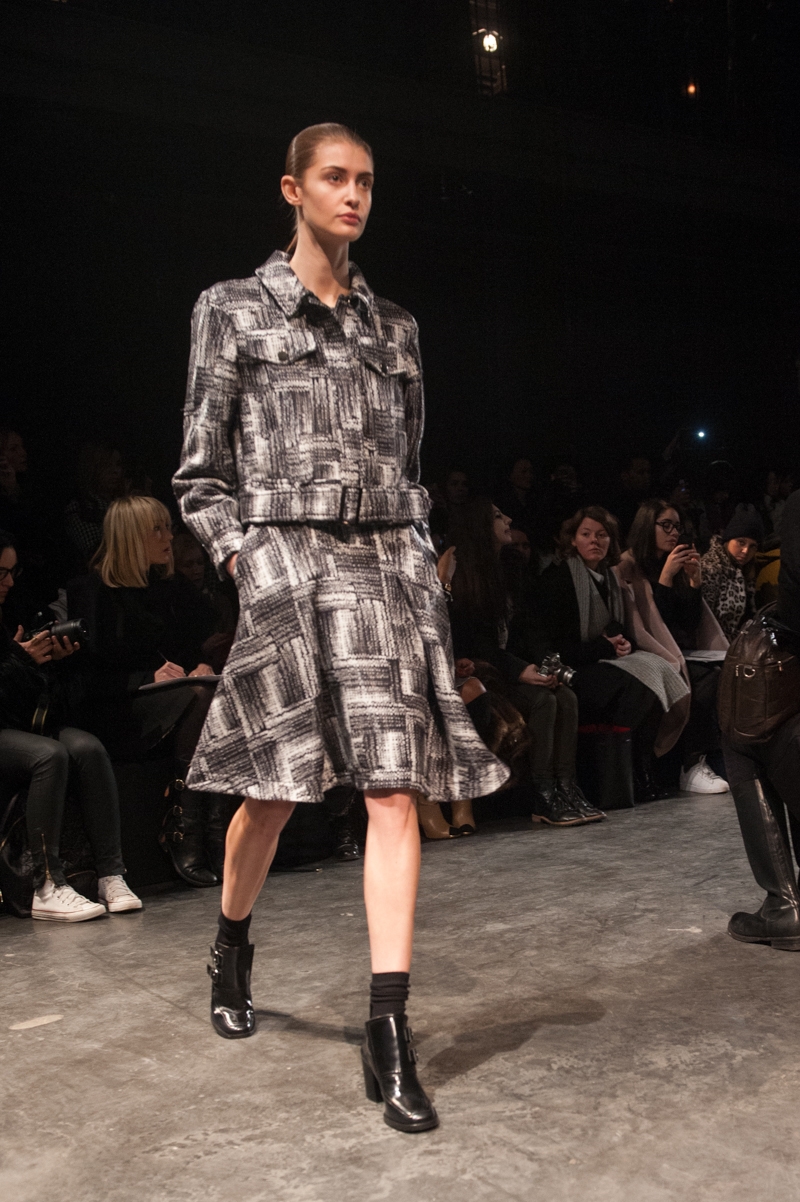 Koonhor’s autumn/winter 2014 collection tied all of those elements together beautifully from the music, consisting of electronica that made you want to dance, to the metallic leathers, belts and straps, which resembled the models preparing for a highly fashionable war. Even the florals in the prints were the deadly nightshade Belladonna. 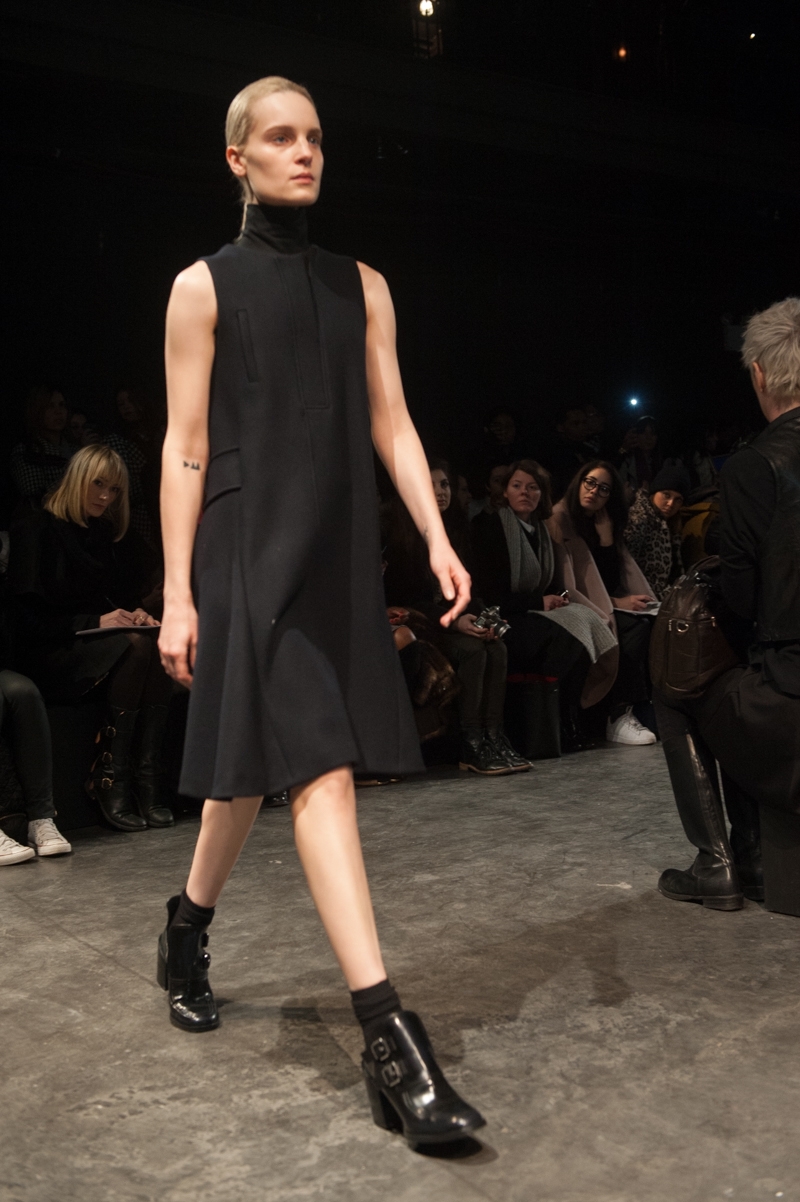 The Koonhor team is comprised of Koon Lim and Catrine Thé. From Singapore and Indonesia, the pair met and began their work in New York City. They’ve been said to have an aim to merge refined taste with fun. We can agree that they’ve done so flawlessly. 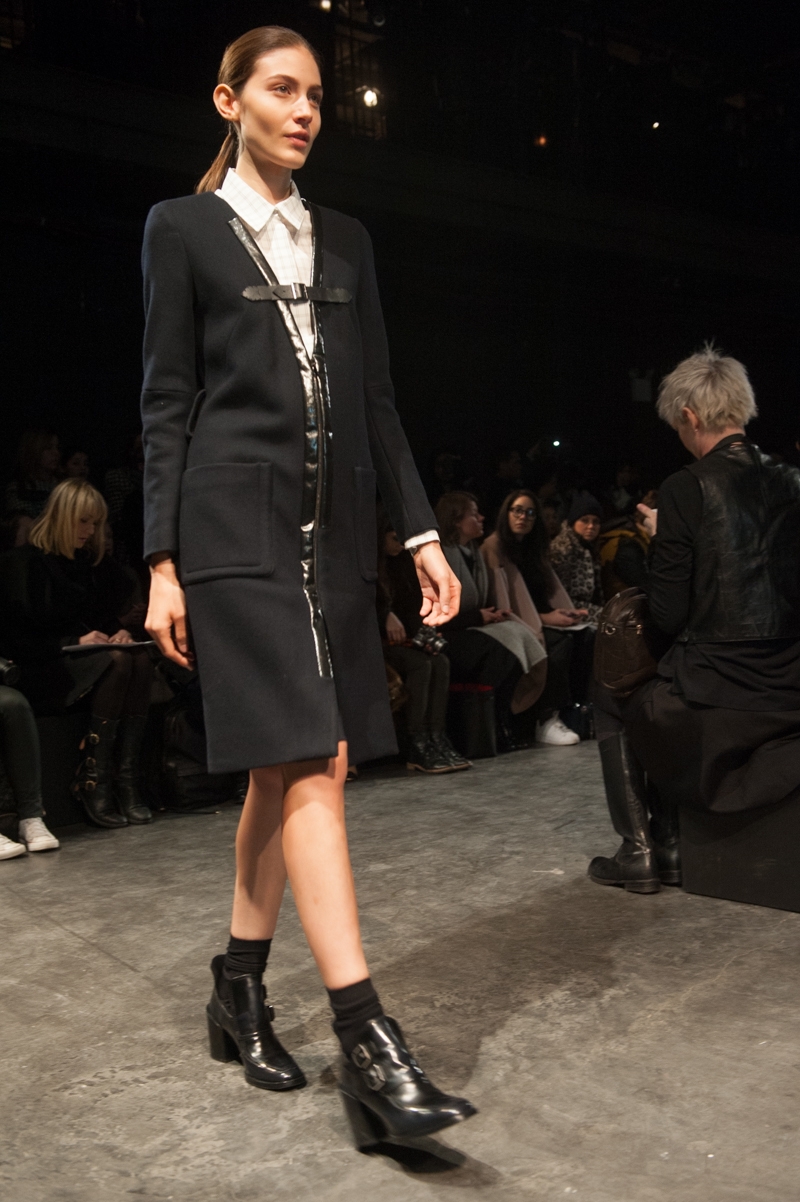 The collection was predominately black, showcasing the toughness of women, and boasted many clean lines. 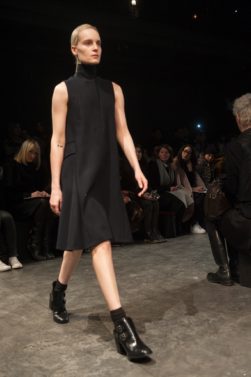 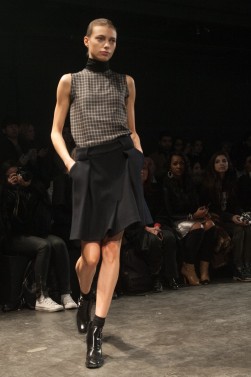 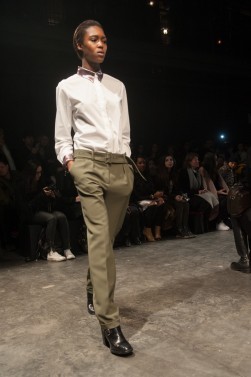 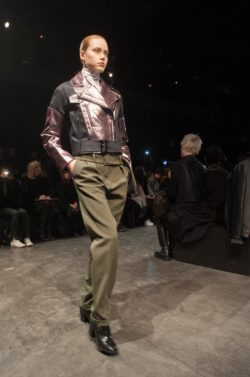 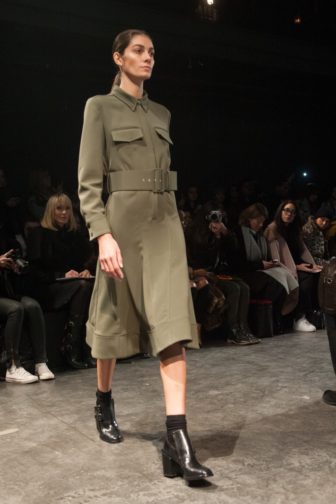 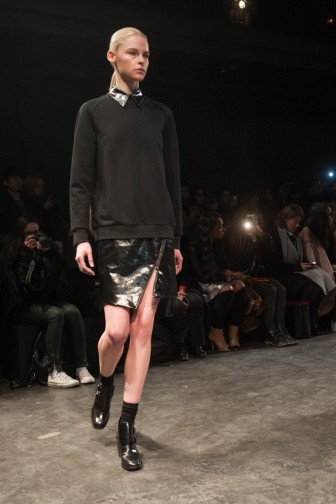 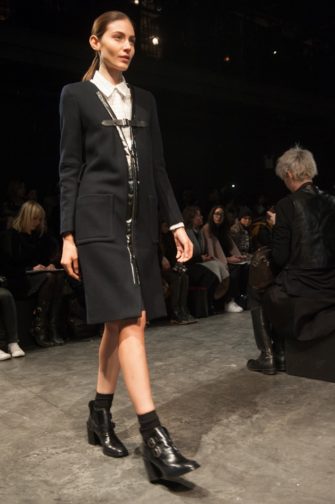 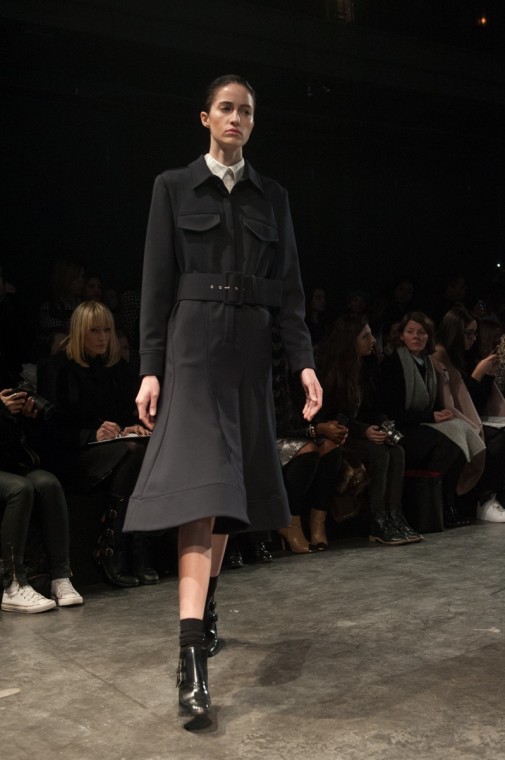 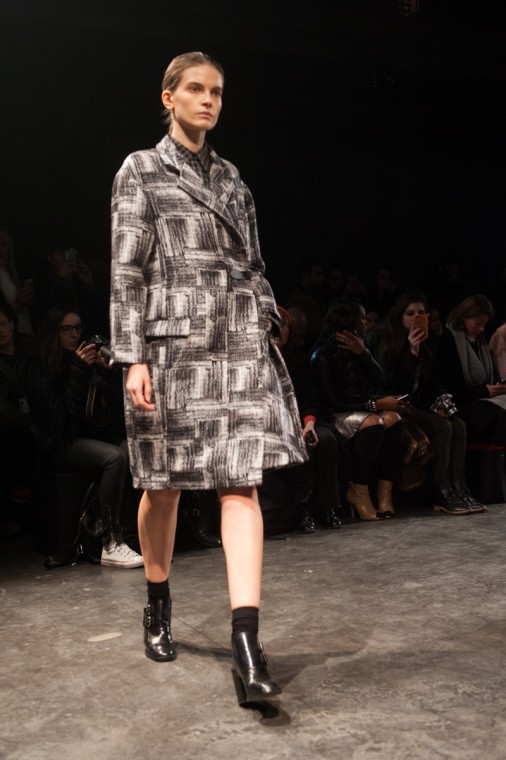 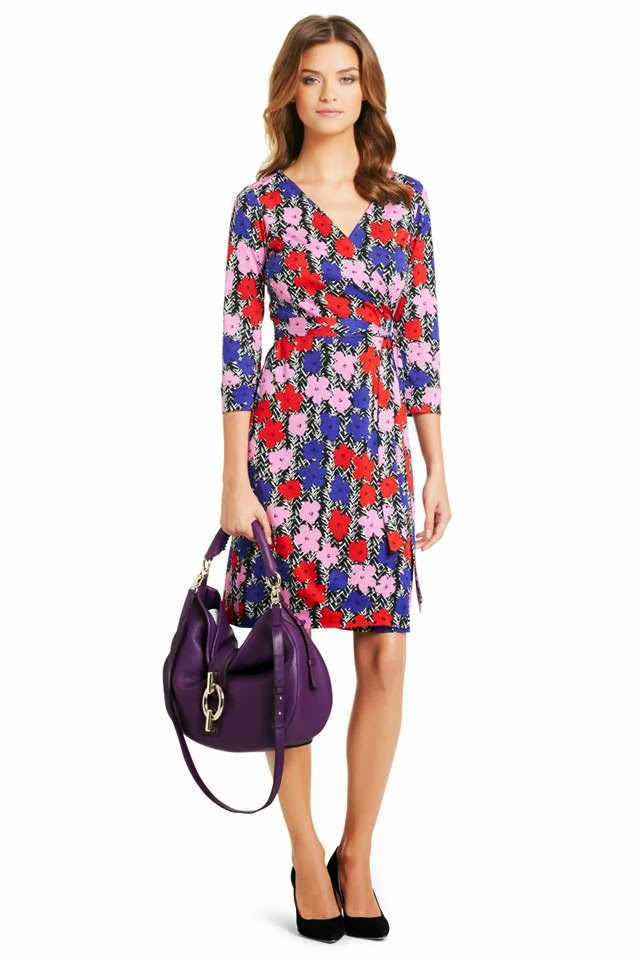 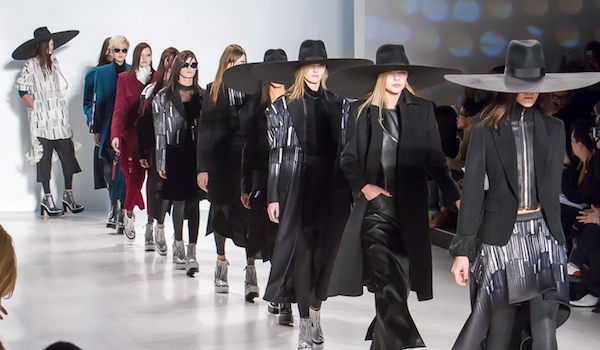 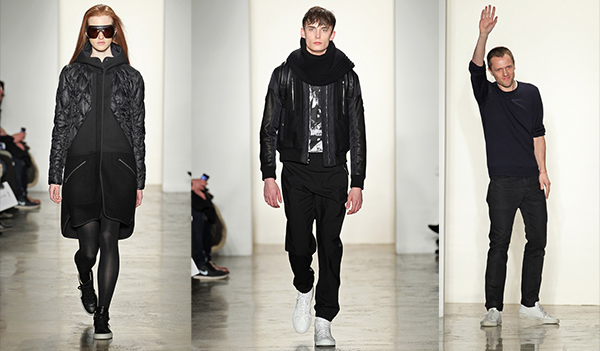 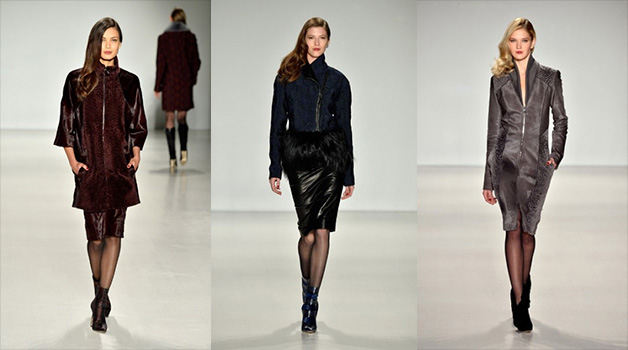 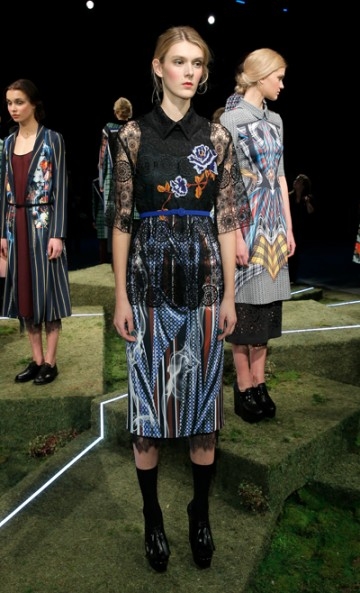 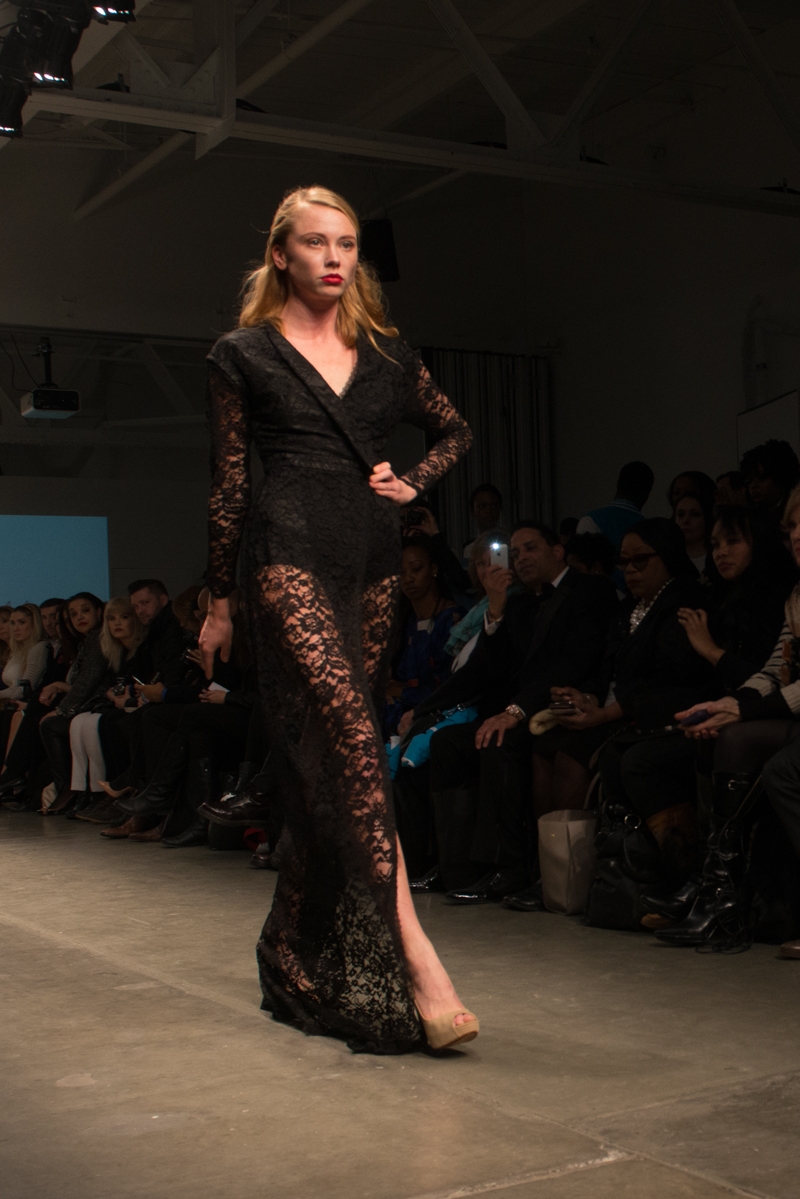 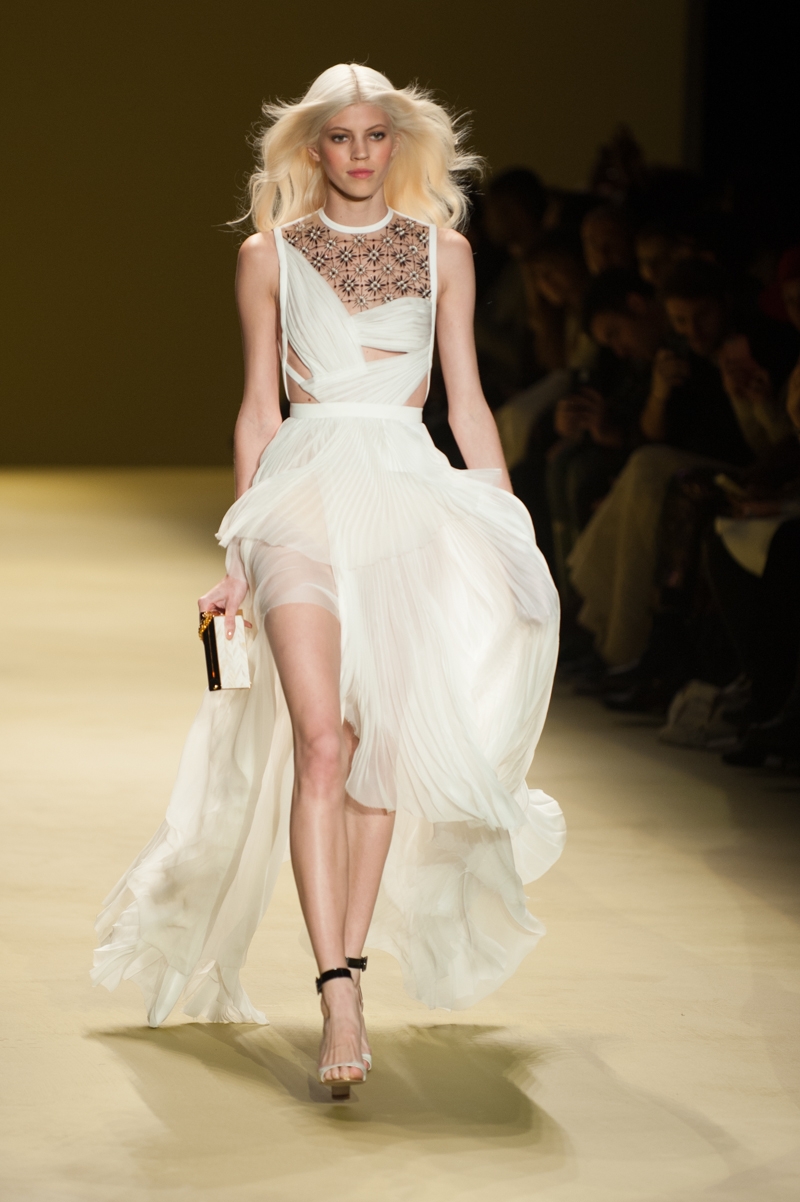 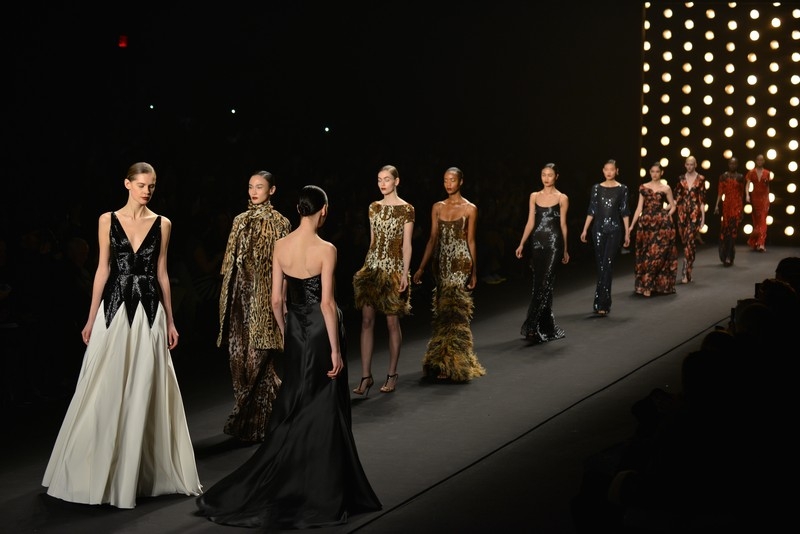 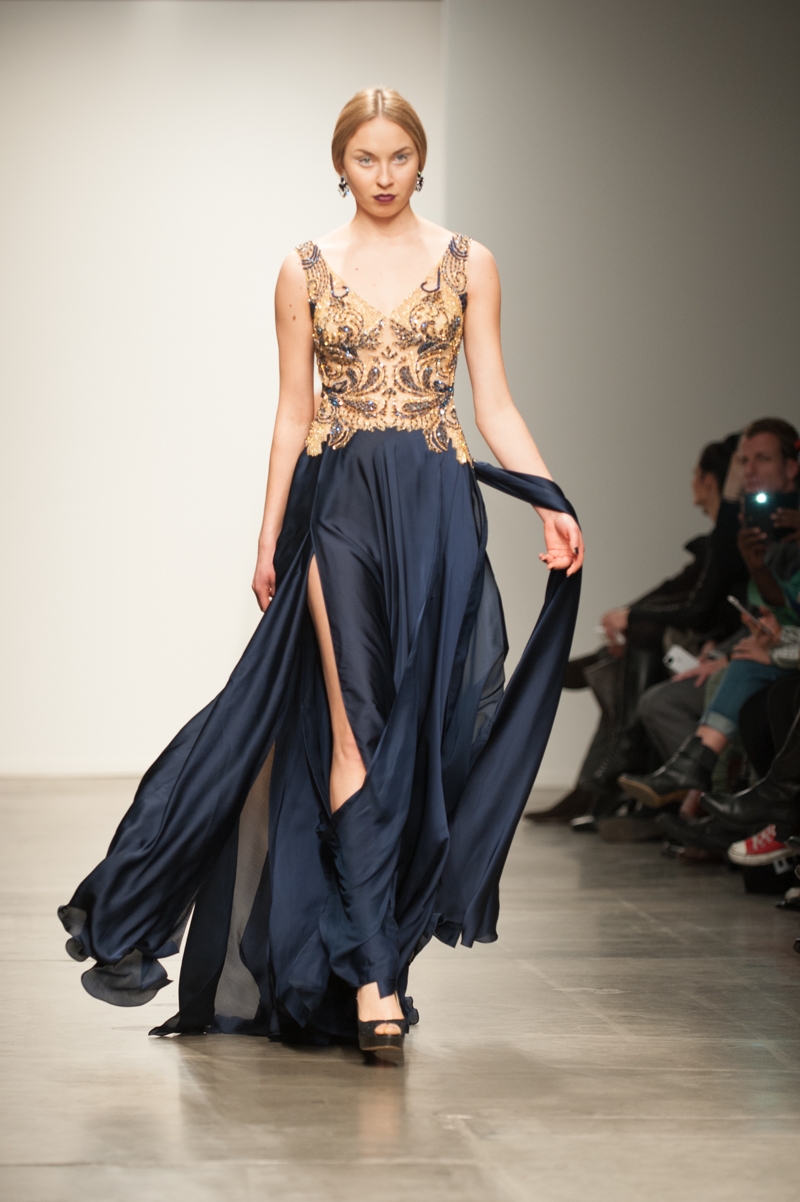