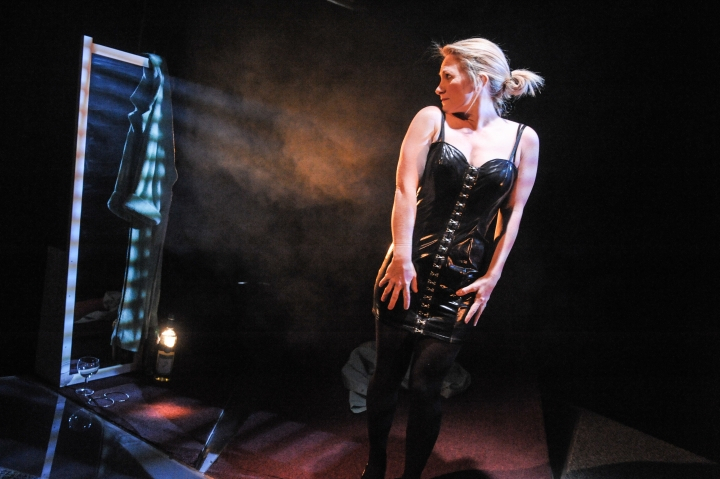 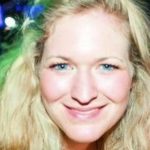 Without the interaction of bodies, one-person theatre can seem flat and egotistical. It can seem dishonest, filtered through a single perspective. But in the case of Julie, Amateur Girl’s extrovert, excessively generous heroine, it completely works. Amanda Whittington (the unsung talent behind numerous stage plays including Be My Baby) has created a natural, uncensored monologue of such honesty and intimacy that we neither desire other characters, nor doubt Julie’s sincerity. So articulate and full is the storytelling that our imaginations bypass the meagre staging. Lucy Speed, best known for her role in EastEnders, reveals a gift for transformation, oscillating expertly between the ward-nurse Julie and her drunken, gobby porn-star alter-ego.

Julie, who lives alone with her cat, cares for invalids 12 hours a day for meagre pay. Nonetheless, she’s a lover of life and people, a godsend to the lonely and dying on her ward. She’s always up for a night out, be it clubbing with the girls, or posing as an octogenarian (complete with wheelchair and oxygen pipes) to secure front-row seats at a Take That concert. Julie is flattered when her boyfriend takes glamour shots of her, even more so when he thinks they are worthy of men’s magazines. Soon, he’s initiated Julie into the porn industry. Things take a dark turn as Julie finds fame, loses her job and finds her power decreasing.

The play relates the sex trade to service work, which is, some might say, prostituting in an economic sense. Julie describes the physical states of her patients with a graphic matter-of-factness that is cringe-worthy and very funny. The intimate and unpleasant duties that Julie must perform make prostitution an easier, better-paid and not dissimilar alternative to the unpleasant acts she performs in her day job. Julie is a philosopher on the subject, stating “it’s either this or wiping folk’s arses, just another service!” In this light, Julie’s career change becomes a political statement.

Julie is not the wet, little-girl-lost too often featured in plays about exploitation. For Julie, prostitution is a considered choice, based partly on attention but also a considered decision of monetary benefits. Amateur Girl is a fresh discussion of the long-running debate of whether prostitution can ever be considered empowering. Justifiably, the play takes issue not with prostitution as a service, but with the malevolent, violent characters that pollute the industry, destroying fair transaction.

We are struck by Julie’s relentless positivity. The only tinge of anger enters at subtle references to sex abuse as a child, confirmed with the scattering of childhood toys under the layered stage. This honest, jarring production lays Julie almost bare. Her childhood trauma, at least, is appropriately off limits.

Amateur Girl is at St James Theatre until 21st February 2014. For further information or to book visit the theatre’s website here.