Imelda May at the Roundhouse 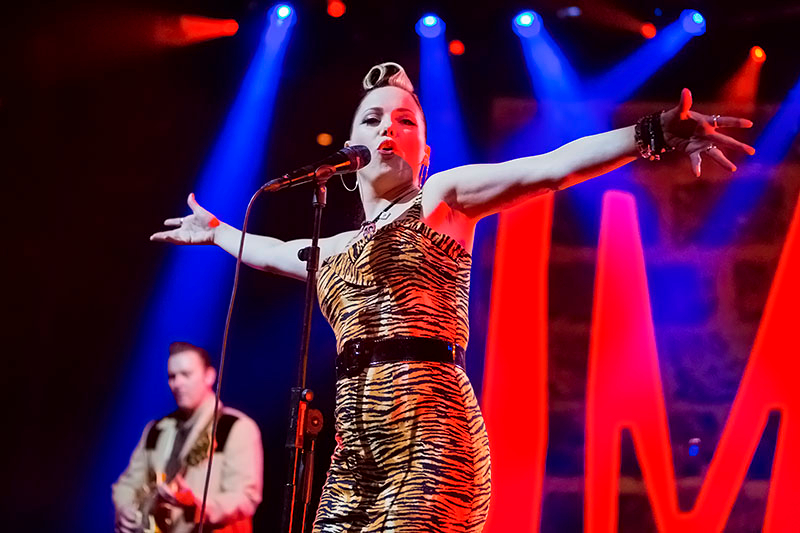 Imelda May at the Roundhouse | Live review 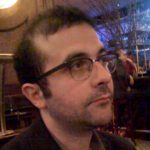 A red light, a giant neon four-leaved clover and the Irish rockabilly queen Imelda May onstage with five professional musicians. Plus giant brick walls with spray graffiti on them, a huge Imelda May fluorescent logo above the stage and a motorbike, the Roundhouse was absolutely packed for this sensational singer and songwriter, who was very excited for this live performance on St Patrick’s Day. Everything, from the set to the musicians, was absolutely flawless and spot on. Chapeau Imelda.

May is about to release a brand new record entitled Tribal, hence at the venue yesterday the rockabilly artist presented new songs together with massive hits from the previous Mayhem and No Turning Black in front of a colourful audience ready to party and dance to the rock n roll sounds.

The performance was divided in three parts. In the first, May showed a very sophisticated feature of her music: a hypothetic soundtrack from Rodriguez or Tarantino movies (From Dusk to Dawn), with some twists à la Tom Waits or Nick Cave. Thanks to her sounds – a clever mix of mambo, boogie, rumba, like a female version of Louis Prima – May managed to create a smoky, velvety and very sophisticated ambience. In the central part of the show, May slowed the rhythm with some romantic songs with a more Irish taste, calling a famous Irish fiddler onstage.

In the last part of the show, May exploded in a colourful and warm rainbow of music and songs like Johnny Got a Boom Boom or the new brand new, charming single It Is Good to Be Alive.

May is a fine entertainer, a smart songwriter, a sophisticated singer and a worth-watching live show for sure. Don’t miss her if you really want to enjoy an evening out.

Watch the video for It Is Good to Be Alive here: