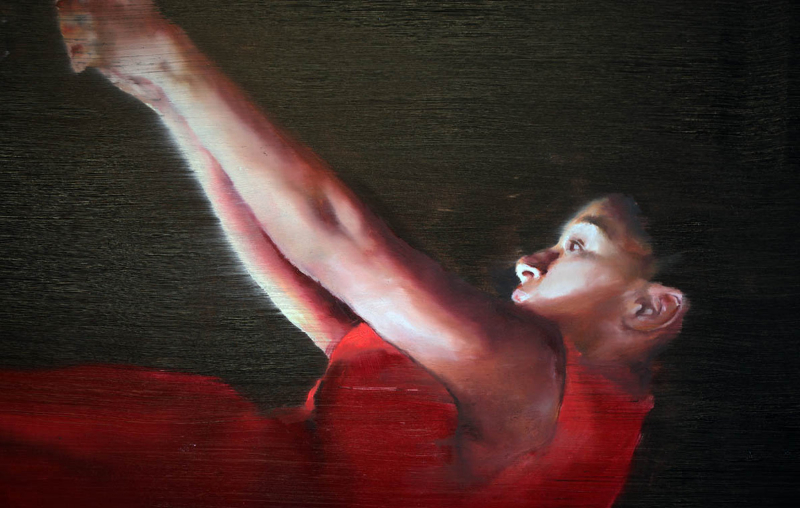 Chloe Early has talent, maybe great talent. A cursory survey of her work does not yield much, but her intelligence, sensitivity, and a yearning for a phenomenon peculiar to our era – transcendence through materialism – may mark her out for greatness. The potential in her style and mind are truly exciting. The ostensible subjects – nude girls, balloons, etc – are thoroughly tedious at a glance. One has seen or heard implied so much of the same before. But her paintwork is genuinely interesting. Paint scraped away forms a visual cuff, patches of light replicate displaced bones in a foot and create powerful sensory suggestion; voids of space give real pictorial drama to what otherwise would be the subjects’ melodrama. This gives spice to what would otherwise often be dull compositions.

Early claims an allegiance to the Baroque, which is apt, as this was the beginning of the highly sensory and theatrically painterly painting she is trying to do. But the Baroque has its abusers; to some it means dark and red, gloom and grandeur played off against vulgarity. There is a great deal of this in Early unfortunately – touches of the dread school of modern Academicism that begins with Freud and ends with Ilya Repin, which is dutifully ignored every year at the BP Portrait Prize.

She is more of a de Kooning (if the comparison is not too obvious) or an Ingres. Perhaps one is overselling the product – she may have great talent, or she may be an overzealous hack who has a had a few flukes. She may never do what one hopes she will. She may lull back into the manner of some of her earlier work: drivel of the highest order. Is she sincere? Why does she paint on aluminium when the effects she strives for can be achieved with more grace on canvas? Is there something lazy in this? Are the large rents in the surface anything more than bad borrowings from Gerhard Richter? It is perhaps too soon to tell.

The work on display here is interesting more for what it promises than for some of what it achieves, though some of the current achievements are worth considering seriously, in spite of their appalling faults.

Chloe Early: Suspensions is at the Outsiders Gallery until 3rd May 2014, for further information visit here. 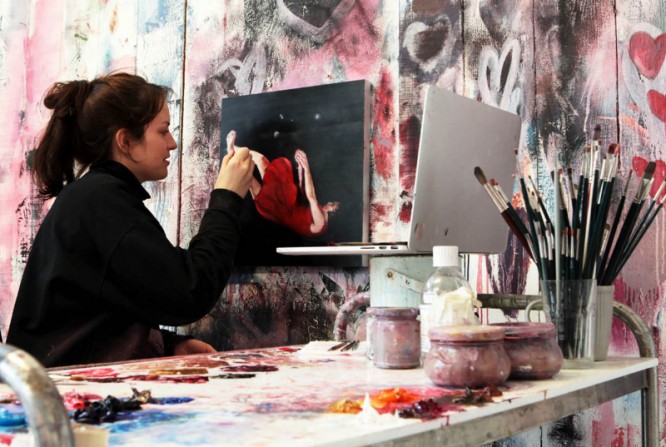 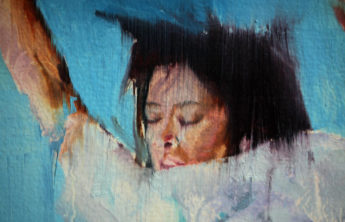 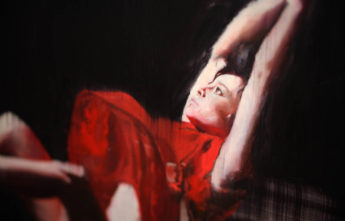