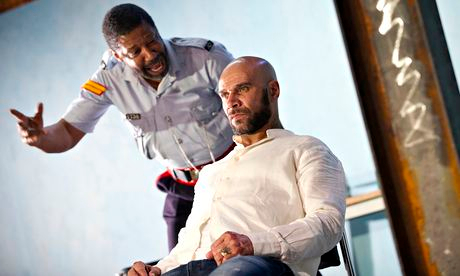 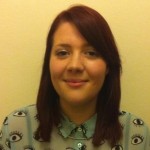 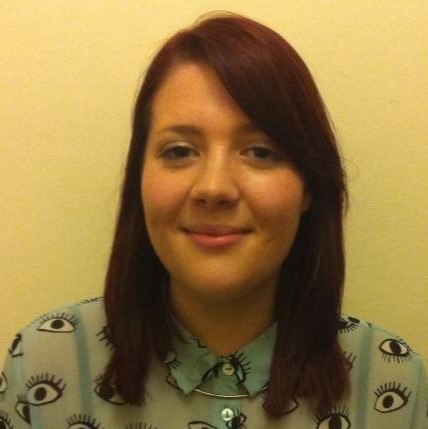 Kingston 14, now playing at Theatre Royal Stratford East, is receiving such media attention unheard of for local East End theatre. This is partly due to the presence of BAFTA-winning and Olivier Award-nominated playwright Roy Williams, whose most recent work Sucker Punch was met with critical acclaim. The other reason is no doubt the man playing the role of Joker, drum and bass icon and dental blinging Goldie, who is probably best-known in the acting world for his role in Guy Ritchie’s Snatch in 2000. So what has he been doing since then? Well, getting mean apparently, if Kingston 14 is anything to go by. Playing a half-Guyanan gang leader in the Jamaican district of Kingston, where he has just been locked up for suspected murder, Goldie’s mostly silent performance is surprisingly both sinister and dark amid the easy comedy of the Caribbean police station.

All except Detective James Richards, the British police officer sent to investigate the Joker’s supposed crime, speak in an incoherent Jamaican patois, made accessible to the whole of the audience via two well-placed screens of subtitles either side of the stage. And with this much needed guidance, the linguistic brilliance of the text can be seen, albeit through Williams’ sometimes forced political agenda.

This agenda – although one that has importance and depth regarding the corruption and the continuous struggle for independence that Jamaican society experiences – is clouded with other issues of masculine bravado, homosexuality, violence against absent women, and gang youths. While these remain serious issues worthy of tackling, each is only touched upon in the two hours of drama-cum-police comedy, preventing any poignancy.

Alongside Goldie are real actors of pedigree: Trevor Laird who plays Sarge and Brian Bovell who plays Sarge’s underling Marcus. Both Laird and Bovell are well acquainted with the stage and screen, and this shows. While they both may get a little carried away with the excitement of such a pacy, patois-heavy script, both do a good job of playing larger-than-life policemen grasping in the dark for answers to deal with and solve the needs of their country’s corruption.

Kingston 14 is a violent show that plays down its moments of clarity in favour of long episodes of absurd gun pointing. Though entertaining, it descends into the realms of macho, shouty chaos a little too often.

Kingston 14 is on at Theatre Royal Stratford East until 26th April 2014, for further information or to book visit here.