Banksy: The Room in the Elephant at the Arcola 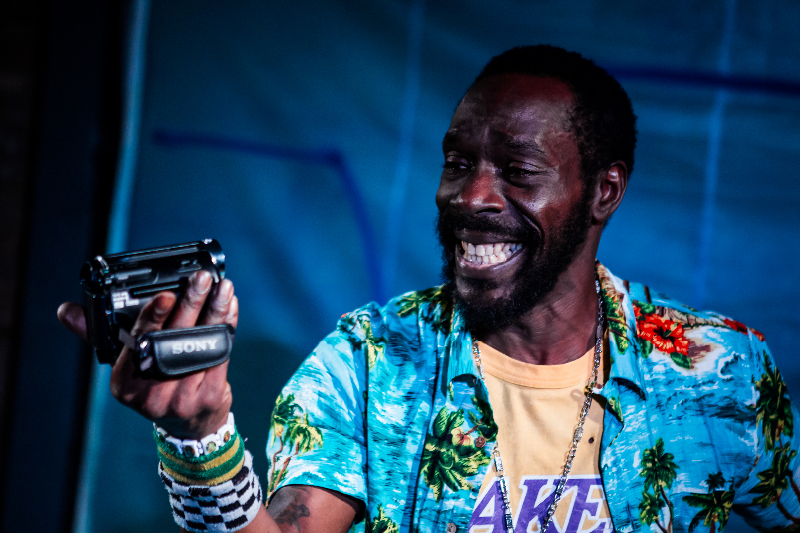 Banksy: The Room in the Elephant at the Arcola | Theatre review

For those familiar with Banksy, the inversion of the phrase “the elephant in the room” is recognisably characteristic of his wry playfulness. Banksy: The Room in the Elephant, however, is about neither the artist nor his sense of humour (although it was probably these traits that piqued your curiosity). The play is in fact about 50-something vagrant Tachowa Covington, whose life became commoditised after his settlement of seven years – a disused water tank abandoned in the LA countryside – became the latest object of Banksy’s graffiti work. After the words “THIS LOOKS A BIT LIKE AN ELEPHANT” were found spray painted across the water tank in February 2011, LA design firm Mint Currency decided to cash in on the local Banksy-branded art exhibit, removing it from its site. Banksy’s disruptive graffiti art consequently caused an unforeseen form of disruption in Covington’s life – he was left without a home. As compensation, the art world offered him a stage.

There is something quite unsettling about watching this artistic imagining of Covington’s story, despite its LA appeal of turning him into a household name, for all he really wanted was his home back. Perhaps this feeling of malaise is intentional on the part of the playwright Tom Wainwright, who may have used the Banksy name to lure audiences in, in order to expose their hypocrisy.

On the one hand, Gary Beadle’s stirring interpretation of Covington’s plight elicits disgust for the art world’s cruel capitalism; on the other hand, we are complicit in this land grab for Covington’s story. In fact, there is a lingering suspicion that our interest ultimately stems from Covington’s minor association with Banksy, whose Midas touch fascinates us in its ability to turn junk into gold (in both artistic and monetary senses) through the simple stroke of a spray can. Overtones of Bristolian culture betray the Banksy theme, through Wainwright’s origins and through the play’s trip-hop soundtrack.

Our discomfort is assuaged by Hal Samples’ documentary Something from Nothing, which succeeds the play, and which purports to present a more truthful account to the viewer. We are asked to contemplate the relationship between journalism and art, and the balancing act between truth and subverting the medium of art. The two pieces together form a stimulating intellectual ride, although, at times, it is tough to consistently follow.

Banksy: The Room in the Elephant is on at Arcola Theatre until 26th April 2014, for further information or to book visit here. 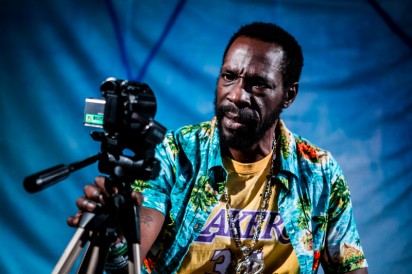 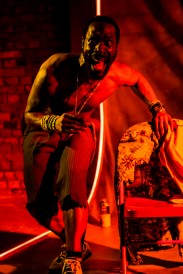 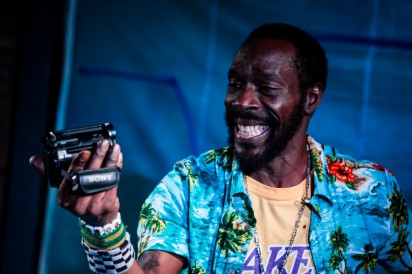 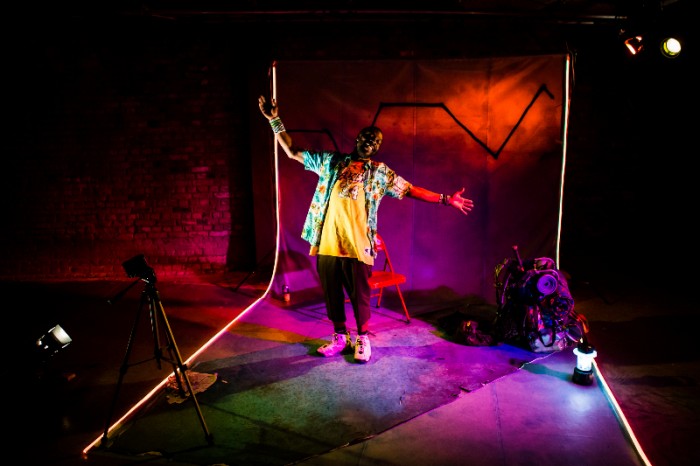 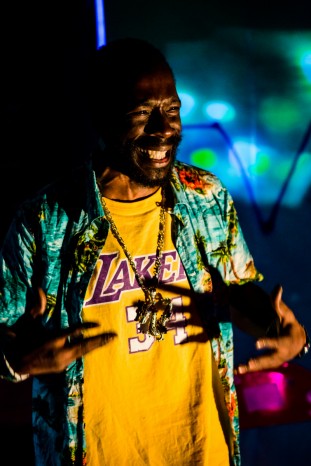 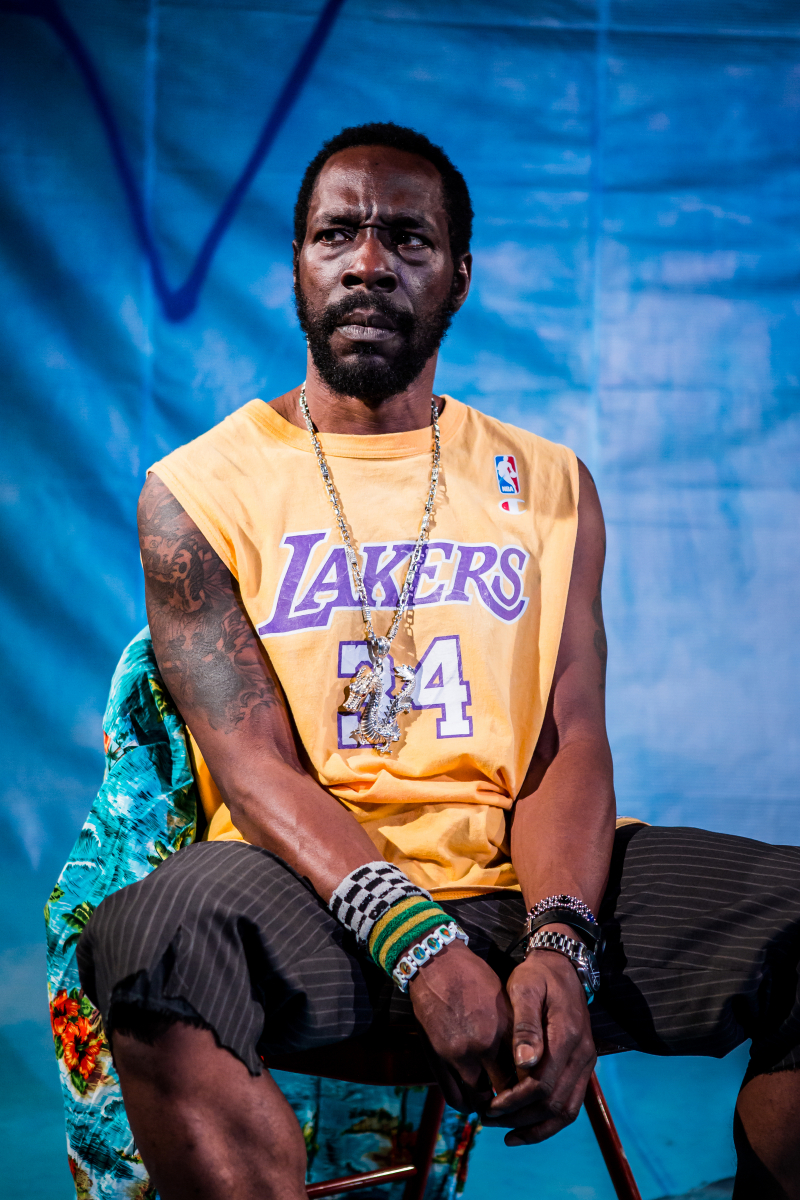 Watch the trailer for  Banksy: The Room in the Elephant here: