Blister at the Gate 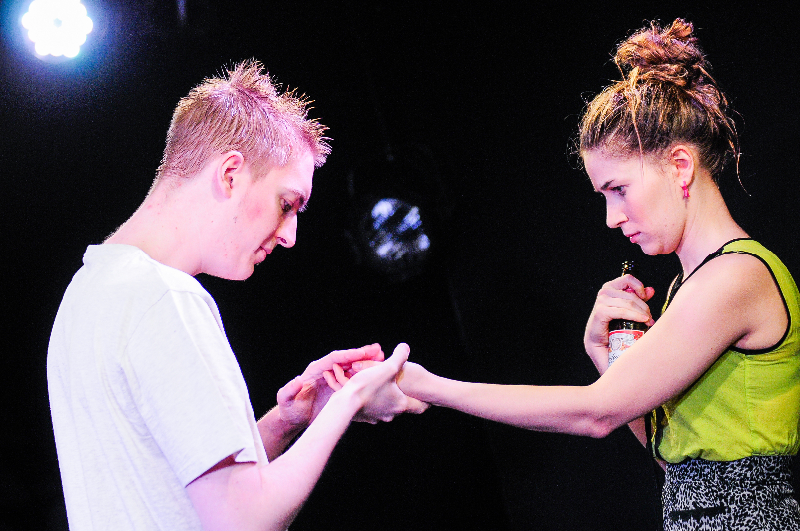 Blister at the Gate | Theatre review

Blister revolves around a group of young metropolitan people, all influenced by a tragic event caused by jealousy and mental instability. The story is dark, but with some humour thrown in every now and then, which makes it easier to process. The dialogue is very fast paced, keeping the viewer attentive, but sometimes it is almost hard to keep up with the plot. The story is built up around a series of scenes picturing conversations and conflicts between the characters, but they are not shown in chronological order. This makes the viewer engaged in what feels like a puzzle, to figure out what has happened and how the characters are interlinked. It is not positive though; at times the confusing order of the scenes makes you think more of figuring the plot out than the actual significance of the play.

Danny Mellor plays the part of murderer and brother named Liam, and he is also the star of this play. He is an actor that manages to engage the audience throughout – not only because his character is the one eliciting the most pity, but because Mellor is so in tune with Liam. Other characters seem pale, and you never really feel compassion for any of them.

Props and costumes are kept to a minimum, but more than what is used would be superfluous. The cast manages perfectly well to build environments only through light, sounds and emotions; any props or items on the stage would simply be distracting and take down the quality of the performance.

Blister’s strengths are the unorthordox order, the lack of props and in Mellor, but the combination of confusing elements and not so strong characters leaves much more to wish for. The play ends suddenly without really explaining why this story was told, and ironically all that is left on the retina of the beholders is Liam regretting his faults.

Blister is on at the Gate Theatre until 11th April 2014, for further information or to book visit here. 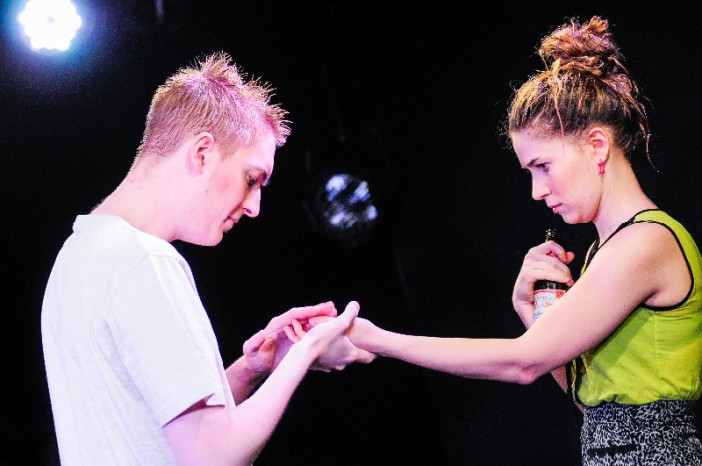 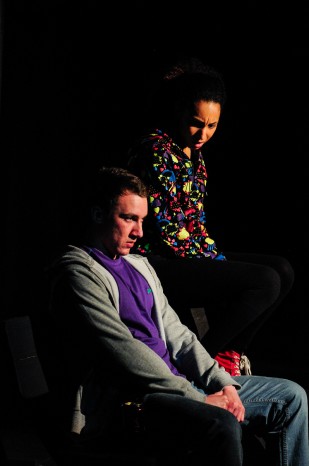