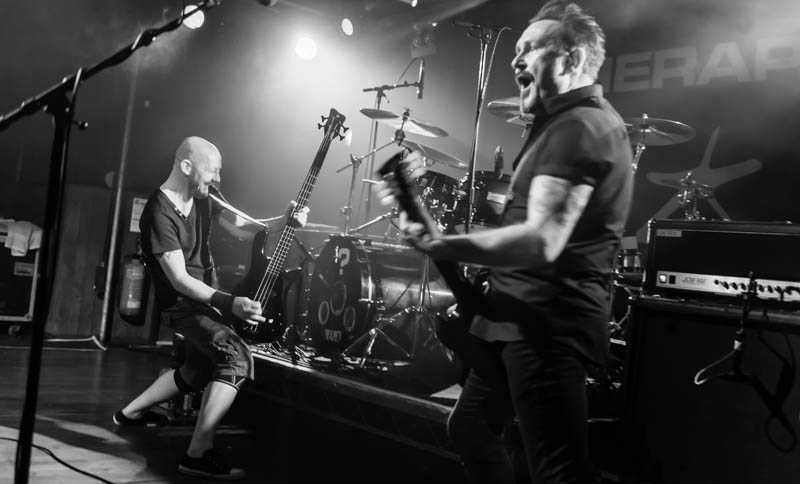 In the ocean of artists that make up the music scene, past and present, metallers Therapy? are undeniably below the mainstream radar. The fact that the band doesn’t enjoy constant media attention doesn’t mean they are doing less well than other groups though. Aside from a couple of changes in the line-up since their beginnings, their general stability probably contributes to the band’s prolific catalogue. This year marks the 20th anniversary of Therapy?’s most commercially successful record Troublegum, and the band are currently on tour to commemorate this event and their 25-year-long career. The fanbase is heterogeneous, mostly comprised of males in their 40s but counting new adepts as well. Scala is packed for a sold-out concert, showing that the band’s supporters are many and eager to see them play, especially on this occasion.

The setlist includes Troublegum in its entirety, plus a second round of tracks taken from EPs of that same period. It’s a celebration night and the band are welcomed on stage with great enthusiasm that doesn’t fade away until after the gig. The vibe from the audience is excellent: people, like charged particles, connect and share energy, shouting out loud and – of course – head banging. Wherever possible the fans’ long hair makes everything even more scenic. Those in front of the stage are particularly wild – the pit simply goes nuts, jumping and crowd surfing too.

There are peaks during Going Nowhere, Brainsaw, Trigger Inside and Isolation (a Joy Division cover, which also became a single) but the excitement is held high throughout the whole show and increases with the second set. Speedball and Potato Junkie are favourites and there is even space for a cover of Judas Priest’s Breaking the Law and The Stooges’ I Wanna Be Your Dog. There is no use for either singer-guitarist Andy Cairns or bassist Michael McKeegan to spur the fans, their fervour is visible and all the band can do at the end of the gig is to thank the audience for “listening to the music, buying the music, going to the concerts and buying the merchandise”. Until next time, a new LP is apparently in the making.

For further information about Therapy? and future events visit here. 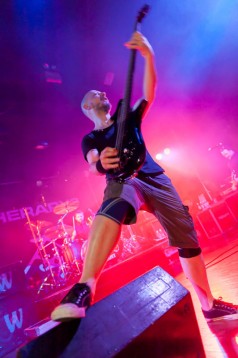 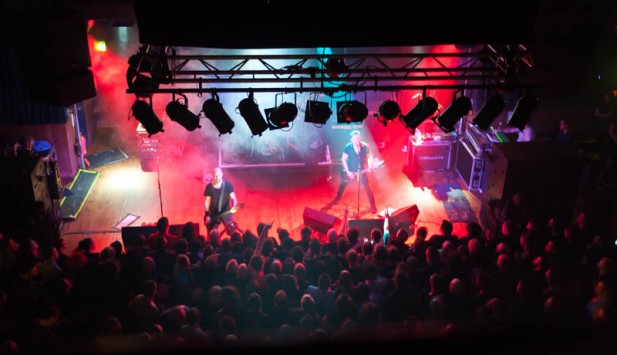 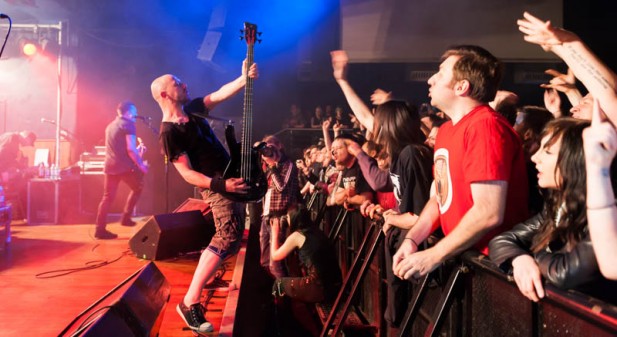 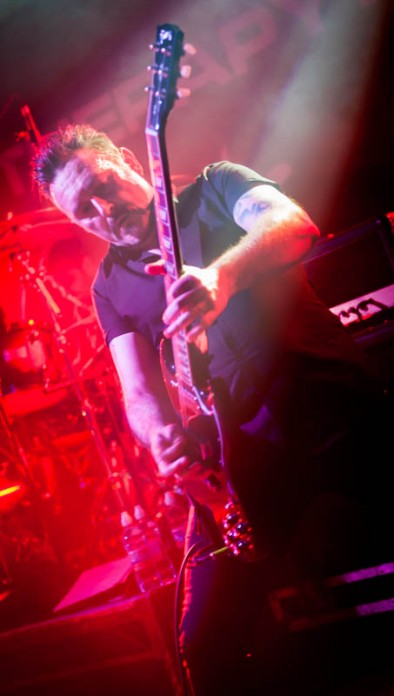 Watch the video for Screamager here: