Ernesto Cánovas: An American Trilogy at the Halcyon Gallery 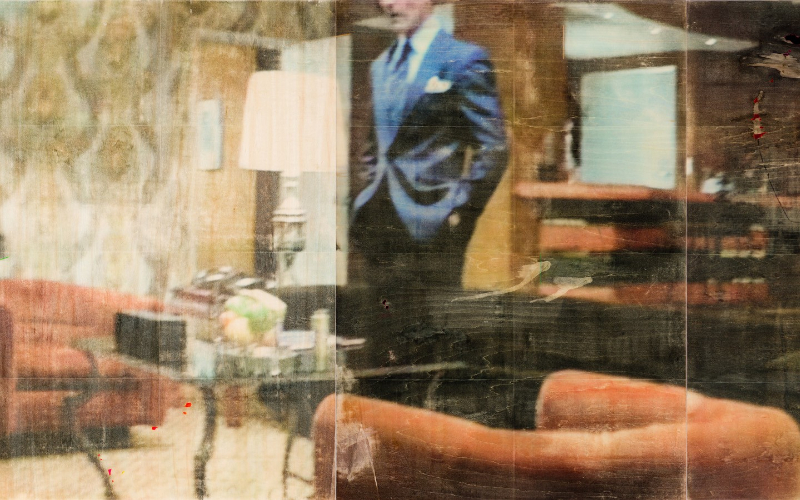 There has been, in recent years, a tendency to fetishise Americana from about 1940 to 1960. Tom Ford’s A Single Man and Mad Men are obvious points of reference. One wonders what the cause is. Note that these are not so much the 40s of William Burroughs and the 60s of Andy Warhol but worlds of slick suits, understatement, clean offices and gin. This is not counterculture nostalgia, but almost a eulogy to that most elusive of figures, The Man. This has something to do with the sharp realisation of the corporate yoke we have been under for sometime, a realisation sharpened by the general sense that, in spite of America no longer being the global superpower, corporate authority is not exclusively their blight. To delay this realisation, we have turned to their corporate villains as an object with the same morbid fascination with which Delacroix might have turned to Sardanapalus, and the aesthetic of consumerism has become a removed way of dealing with our own situation: what Orientalism for the 19th century was for dealing with modernity.

Cánovas is part of this trend – his blurry astronauts, anonymous figures in impeccable living rooms and so on – worked to look halfway between Gerhard Richter and those sepia style photographs that were a popular affectation. One is not sure how explicitly he is working in it though – like A Single Man, there is a great sense of minutiae and hypersensitivity, blown up to epic scale. It is pseudo or semi-Proustian. One might refer to it, in its invoking of a wider cultural world as well as, judging by the subject matter, a curiously impersonally witnessed style, as illustrating a remembrance of a dream. The scale is rather a lazy and not altogether effective way of dealing with this, and one is not sure quite who sincere Cánovas is being, nor how seriously one can decently take them.

The paintings are not as beautiful as they should be, and one supposes the artless compositional style is part of the effect, but in the long run it won’t do. He is only an example of an ongoing trend, it would be a pity if he ended up a mere curiosity.

Ernesto Cánovas: An American Trilogy is on at the Halcyon Gallery until 26th May 2014, for further information visit here.