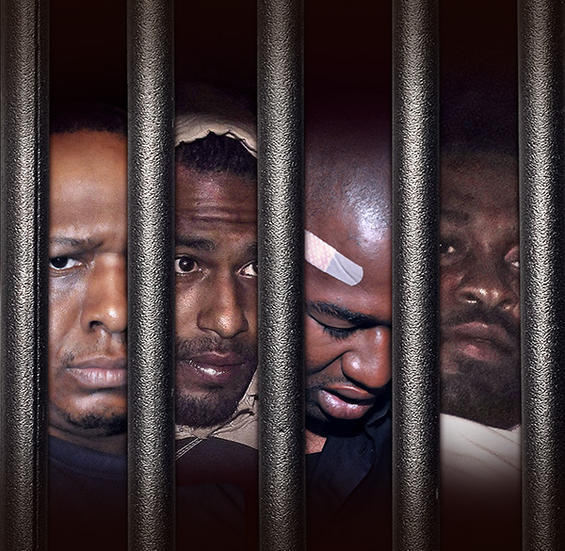 The Newburgh Sting covers the highly publicised anti-terrorist sting operation conducted by the FBI in 2009. Much lauded by media and American populous, Kate Davis and David Helbroner seek to prove there is more to the story than the surface level achievement. Chronicling the personal lives of the convicted terrorists, The Newburgh Sting confronts the ambiguous area between criminal intent and entrapment. Newburgh, New York is a little known province sixty miles outside of Manhattan. The inhabitants are poor and predominately black. Located in Newburgh is a little mosque that is soon to become the centre of national news. Shahed Hussain is a new member to the mosque and eager to recruit radical Muslims for a jihad mission. The imam of the mosque informs Hussain to leave, but not before attracting the attention of James Cromitie. The two become friends and soon develop an agreement: $250,000 in exchange for the bombing of two Jewish temples and a military plane. Skeptical at first, the impoverished Cromitie is eventually persuaded to commit the act. Fellow Muslim friends David Williams, Onte Williams and Laguerre Payen – all deeply destitute – are also recruited by Cromitie. Despite swearing dedication to the Muslim cause, payment is the only interest to the four men. Cromitie and the others are unaware, though, that Hussein is an informant for the FBI.

This film, along with 1971, are the FBI exposés at Tribeca 2014. Much like its counterpart, The Newburgh Sting focuses on the illegitimate and illegal actions perpetrated by the Federal Bureau of Investigation. While the events are separated by nearly 40 years, the issues of overreach have not changed – if anything, they have become worse. The difference between the films arises in financing. Filtered through the funding of HBO, a more gratifying quality overshadows the commendable but low-budget 1971. To viewers, though, an obvious winner emerges.

The Newburgh Sting succeeds in ambivalent conclusions. The mass amount of surveillance footage of the meeting between Hussein and the men paint a murky picture. Yes, Cromitie and the three accomplices were continually committed  to the terrorist act until their arrest. But is it legal to urge three unemployed, indigent men to commit domestic jihad with the promise of illustrious economic subsidisation? The thesis of The Newburgh Sting will undoubtedly read biased, as family members and defence lawyers are the sole interviewees, while F.B.I. agents involved declined participation. The complex questions raised, though, allow ponderance to the theory alluded to in the film: is there a federal attempt to demonise Islam and black Muslims? More than one interviewee is not surprised at this premise.  Ultimately, viewers are left with the question now asked in every American mosque: “Are you an informant for the FBI?”