Jeeves and Wooster: Perfect Nonsense at the Duke of York’s 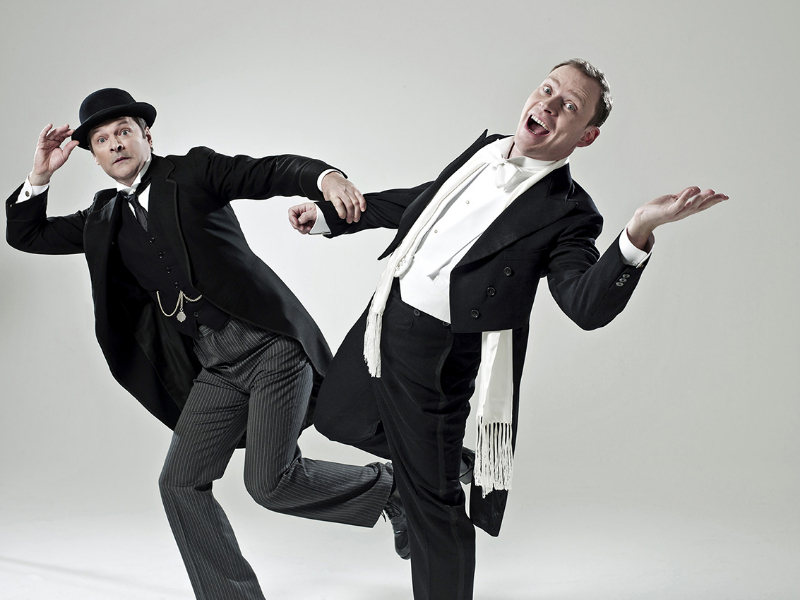 Jeeves and Wooster: Perfect Nonsense at the Duke of York’s | Theatre review

Perfect Nonsense is nonsense for sure, but not quite perfect. This new play is an attempt to revive and expand the Goodale Brothers’ 1993 adaptation of P G Wodehouse’s novel The Code of the Woosters, in which only one of the siblings had taken charge of playing all the characters. The revisited version now hosted at the Duke of York’s Theatre sees not one, not two but three actors sharing the stage. While this helps a little, the result is still a show that has a lot on its plate as it draws inspiration from several other of Wodehouse’s novels. This means that, although somehow wisely interlaced, the subplots are too many to be fully comprehended; they lack depth and don’t make much sense mashed up together this way.

Bertie Wooster and his butler Jeeves address their audience directly, to narrate a story. Despite being fictitious characters, they speak to us as if they are real people impersonating themselves – explaining and recapping every so often to make sure all the episodes come to a head. If anything, their need to do so is indicative of the said lack of cohesion.

Another main deception is Robert Webb’s performance. It doesn’t matter that Wooster is the main character, he’s overshadowed by his valet Jeeves (hence the title Jeeves and Wooster and not the other way round). The problem is that Webb’s rendering of Wooster is also many light years far away from that of both his colleagues. Webb has some resources but always remains a bit stiff, rushing in his lines and not thoroughly convincing in his expressions.

The opposite is true for both Mark Heap playing Jeeves and Mark Hadfield as Seppings (and more, too), who may be a bit forced as required by the comedic aspect of the play, but are very talented nonetheless for portraying different characters with polished accuracy. Every feature is accentuated to the point that it becomes ridiculously funny.

Noteworthy are the props and devices used to create temporary, interchangeable sceneries and the dexterity with which the actors (Heap and Hadfield being the ones who impersonate more than a character) shift from one to the other. Everything is pretty simple, almost pitiable in its poverty, yet that’s where the veritable strength lies.

This play may not be anything like Beckett’s nonsense or Wilde’s nonsensical humour but has got some aces down its sleeve.

Jeeves and Wooster: Perfect Nonsense is at the Duke of York’s Theatre until 20th September 2014, for further information or to book visit here.