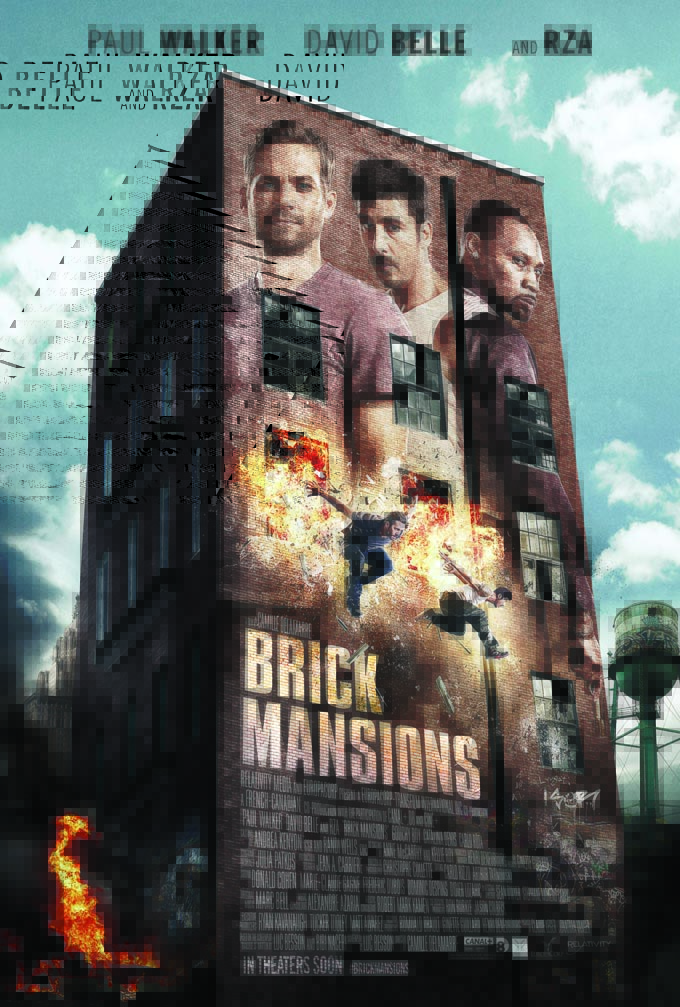 Hollywood’s latest conversion of European cinema, in this case Luc Besson’s well-received 2004 French flick District 13, was also tragically Paul Walker’s final completed film before his untimely death in November of last year. Unfortunately, that may be the most notable aspect of Brick Mansions. Like all the best Shakespearian dramas, Brick Mansions throws us straight into the action with parkour pioneer Belle, reprising his role from the original, demonstrating the freestyle acrobatics with which he made his name. An adrenalin pumped pre-title chase sequence, framed by hyperactive camerawork that doesn’t abate, reaches heights that sadly aren’t again met in the following 85 minutes. Indeed, the brightest sparks that punctuate Delamarre’s film all feature Belle’s athletic choreography, but the stilted, clunky dialogue sees Brick Mansions regularly lose its footing.

Walker does his best to match Belle physically but the pair’s chemistry is non-existent, perhaps further hampered by Belle’s thick French accent being overdubbed by the eternally inexpressive Vin Diesel. RZA attempts to inject a little verve as the estate’s culinary crime lord, whose kidnapping of Lino’s former beau Lola (Catalina Denis) provides the story’s catalyst.

Despite all the jumpy shooty action, Brick Mansions does at times strive to offer an insightful critique on cynical government and the alienation of a disenfranchised underclass, although this feels all too much like an afterthought tacked on, and the film’s moral compass is rather wayward to say the least.

Reminiscent of Gareth Evans’ The Raid and current cinematic release The Raid 2: Redemption, Brick Mansions can sadly live up to neither when it comes to action set pieces or storyline. That said, if you check your brain in at the door there are still things to be enjoyed, and fans of Paul Walker will no doubt appreciate his final performance.

Brick Mansions is released nationwide on 2nd May 2014.