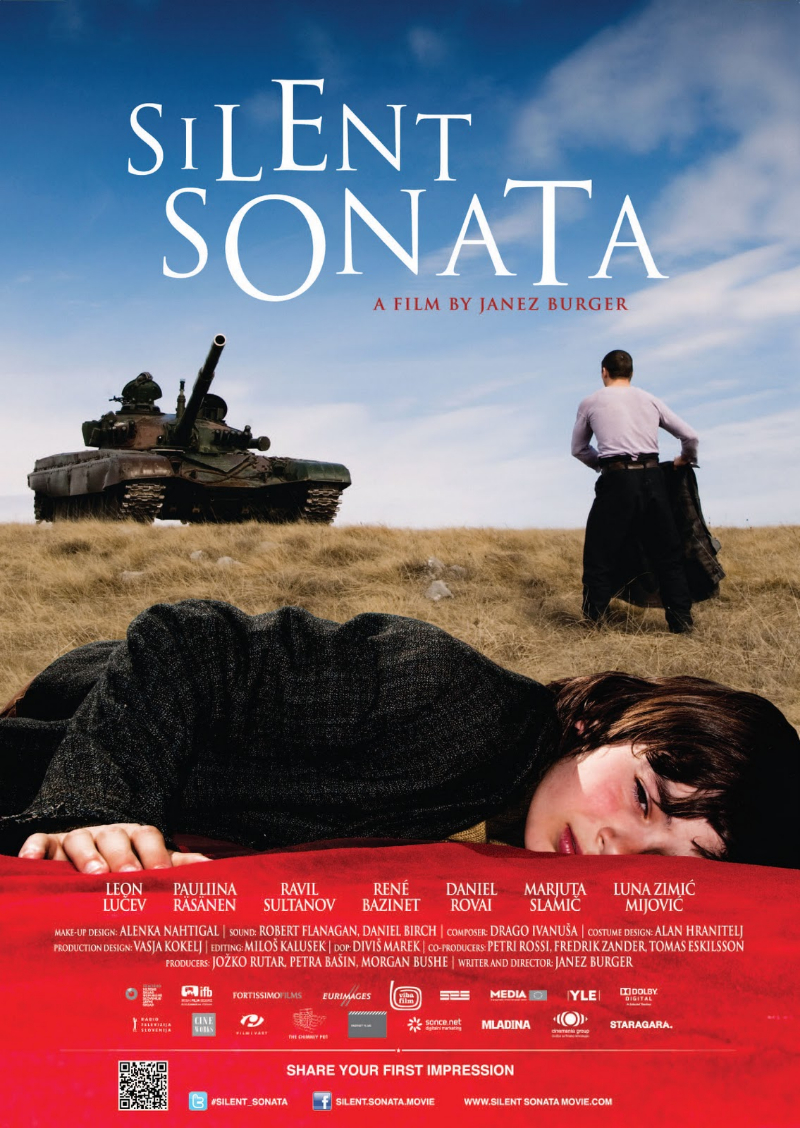 There are few films that remain captivating without dialogue: for the most part, Silent Sonata is one of them. In an unnamed East European country a man carries his wife, killed in some sort of military attack, inside their house, isolated in a large barren landscape. The husband and children’s mourning is interrupted by what they assume to be the rumblings of trucks, only to find it is a travelling circus troupe. Here lies the first of many surreal moments in this movie. Although it’s described as a war film, Silent Sonata chooses to colour the film, not with tragedy, but hope. The juxtaposition of the circus troupe, with their bright colours and elaborate routines, contrasts with the bleak landscape and grieving. There are some truly harrowing scenes of tragedy that put the frivolity of the circus into context, but humour in this film is never far away. The polka music and circus scenes could have easily come off as quite creepy as there is a supernatural element to the film, but the use of the music works well – some joy in this otherwise joyless world.

Leon Lucev plays the unnamed father and carries the grief of his wife’s death consistently throughout the film. Alongside him is a cohort of actors from across Europe, including one excellent Fred Armisen impersonator. One of the most striking elements of this film is the setting, barren and isolated, suddenly becoming idyllic and fresh.

The surrealism of Silent Sonata is perhaps reflected in its limited release, but it is definitely worth discovering. It is captivating and atmospheric in spite of its lack of dialogue, and both sad and uplifting.

Silent Sonata is released nationwide on 9th May 2014.