This May Hurt a Bit at St James 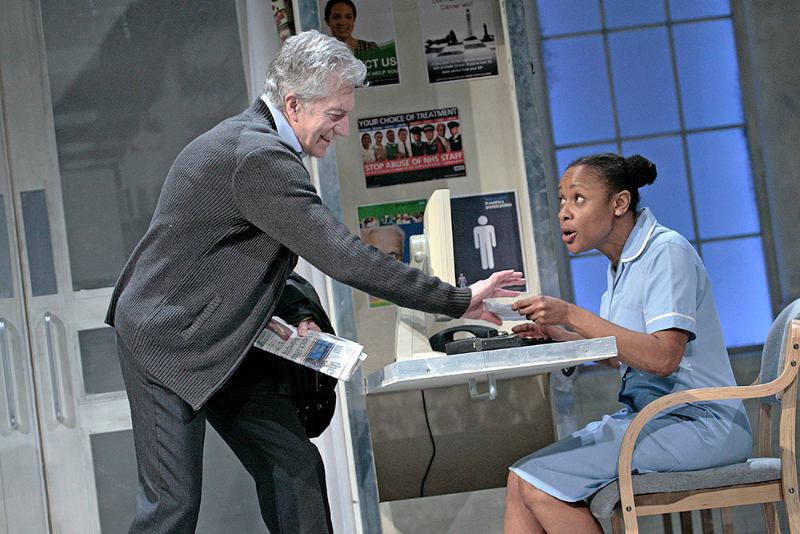 This May Hurt a Bit at St James | Theatre review

The National Health Service has been slowly eroded down into a more private institution over the past 15 years by both Labour and the coalition government. The process can be said to have started with New Labour’s PFI reform, and now under the coalition government wholesale privatisation is apparent with widespread restructuring and private outsourcing. The treasured NHS exists as a far cry away from its core foundational principle in 1948 of free, state-provided healthcare for all. And so it goes, as this play contends, that the demise of the NHS has been brought about simply by self-serving politicians, who have deviously taken away the NHS from the public through obscurely worded schemes. While the play is one-sided in this regard and unavoidably political given its subject matter, it is also playful, fair and personal in its portrayal of the chaos that torments the NHS. What the play’s writer Stella Feehily has captured so acutely is the basic reality that health, and healthcare if you like, is both intensely political and strikingly personal – not just in the manner it is debated but in the way it is enacted.

In one scene a heated family debate over the NHS ensues; fun political jousting from the left and right between brother and sister. But, health and its reality sets in during the next scene when their mother is taken to hospital after a fall. She is kept in a chaotic, dirty geriatric ward with blood on the ceiling, along with a stroke patient and a schizophrenic lady under the supervision of a caring, but overwhelmed Polish nurse (played by the outstanding Natalie Klamar). There is also a great amount of comedy within these scenes as the masterful second half of the play rolls along at lightning pace. Upon arrival, the brother and sister are wrongly informed by the nurse that their mother is dead. Just in case the audience have forgotten, the grim reaper is on hand to remind us that he expects to be seeing all of us sometime soon. All of these moments of absurdity and hilarity are joined with interjections and soliloquies from many of the characters for the audience to engage with the whirlpool of concerns. As the Polish nurse exclaims, it has become far too easy to blame the culture of the institution, it is not her fault they are understaffed.

Accompanying the play is a constant reference to the past, and a strong sentimentality to days gone by and the Great Britain of old. There is the sideshow debate between Aneurin Bevan (the founding father of the NHS) and Winston Churchill that is slightly overdrawn and somewhat historically inaccurate (Churchill was not opposed to the idea of the NHS). Regardless, it exists to usher the call: whatever happened to the post-war dream of universal healthcare that we fought for? The mother, Iris, figures we have gone soft as a nation, and are not up for the fight. Such is fierceness and exuberance of this brilliantly acted and masterfully written play it demands the audience to stand up and be counted.

This May Hurt a Bit is at St James Theatre until 21st June 2014, for further information or to book visit here. 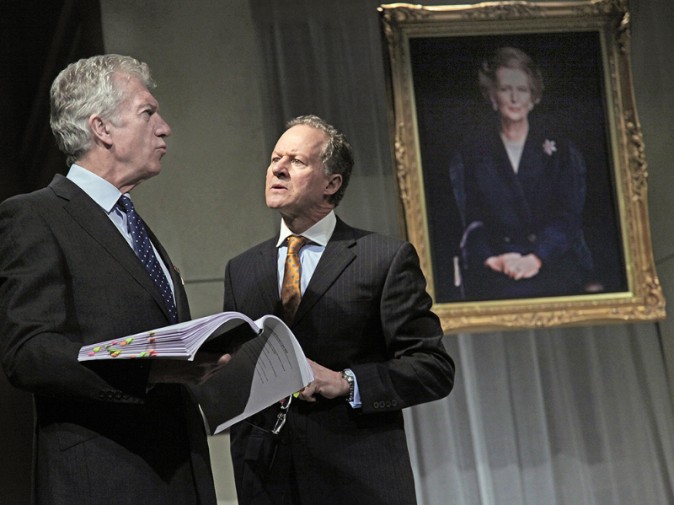 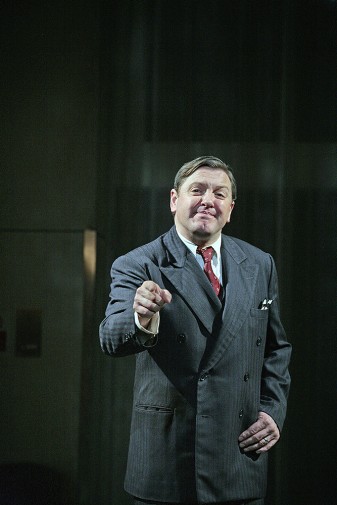 Related Itemstheatre review 2014this may hurt a bit