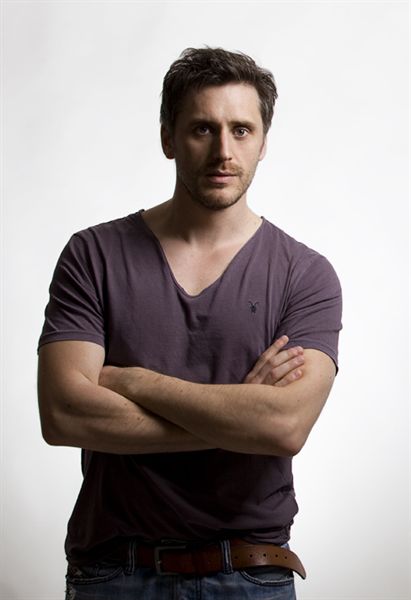 Shortly after the release of Steph Green’s first film, Run and Jump, we catch up with Edward MacLiam who took the role of Conor, the husband in uncertain recovery from a debilitating stroke. MacLiam graduated from RADA in 2001, and since then has worked mainly in television series but over the last few years has veered more towards the film scene, with a recent nomination for Best Supporting Actor in this year’s Irish Film and Television Awards.

Given the physical and mental limitations Conor had in the aftermath of his stroke, how did you find that role to play in comparison with able-bodied and minded roles? It was a great gift to play a role that was predominantly narrated by the use of physicality. I imagine it’s a shock to the system to find that your body has been utterly readjusted. I felt Conor was at odds with himself between accepting his new condition and wanting to return to his old self and then seemingly confused as to why or how the world was behaving so differently to him. This was an issue for me, how aware are you that your body and mind have changed? Medical evidence told me that he would be aware – but not to the level that other people would be aware. They would probably see and notice it more.

Able-bodied roles tend to lean more on the verbal. Here, the nuance had to be physical, purposeful and subtle.

What do you think of the morality of Venetia’s involvement with Ted, especially given Ted was in situ as Conor’s doctor?

Social etiquette says it’s not fair but they are, at that moment, two slightly rudderless and emotionally vulnerable people. I think I kind of approve!

How was working with Steph Green?

Wonderful. I trusted her from the off. She worked as much as was possible to make the actors feel at the centre of a process that seemed mostly, to me, an editor’s medium. We had a very precious week of rehearsal where we developed a lot of back-story between the characters – how they met, the fun times they had had, the practical issues and problems they faced as a family. Onset, you worked hard. Nothing was set in stone. It seemed up for grabs as to what curveball she [Green] might throw your way.

What was your reaction once you’ve seen the completed movie?

Relief and delight! I felt Conor was a role that could have been very easily overstated. The challenge was to find balance; his life had been knocked “off-centre”, so there was a frustration within him. I didn’t want to constantly seek the viewer’s empathy. I felt the script wanted to alienate them from him then try and win them back, but I wanted them to try and see the world his way. Don’t we all in some manner? In fact, the whole film could have been “schmaltzy”, but I sensed Steph was working to elicit as nuanced and organic a performance as possible from everyone. I loved working with Will Forte as well – he’s such a talented man. The more often I watch it, I marvel at Steph’s talent.

Who is the actor you dream of working with?

I’m a big admirer of Sharlto Copley, he’s very mercurial. I’m a big fan of Matthew Macfadyen. Growing up, I liked a lot of the old school American guys, not that I intend to intentionally ape or mimic them, but I enjoyed that subtle blend of masculinity, skill and simple immediacy they brought to their work. So, I often think of John Cazale, Lee J. Cobb, Paul Newman, Rod Steiger, Jack Lemmon and Robert Duvall. It’s probably way off the point but I always felt Tommy Cooper was a genius of sorts! Personally, working with Maxine Peake was great. She is genuinely talented, subtle and brave.

What advice would you give an aspiring actor?

I’m always wary of giving advice. Everyone treads their own path. It’s very subjective. I was lucky to go to RADA. I had tremendous people in my year and brilliant teachers and fantastic parents. I don’t think how you act or approach your work is indivisible from how you live your life. I find it takes a tremendous amount of focus and effort to keep going, to keep wanting to improve and seeking out work that fortifies you emotionally, artistically and financially!

A great, great teacher at RADA, John Beschizza, taught us many great things but he used to always round it off by saying, ultimately, “Be brave, it’s only acting.” I take from that that the riskier and braver you are, the greater the reward.

Watch the trailer for Run and Jump here: