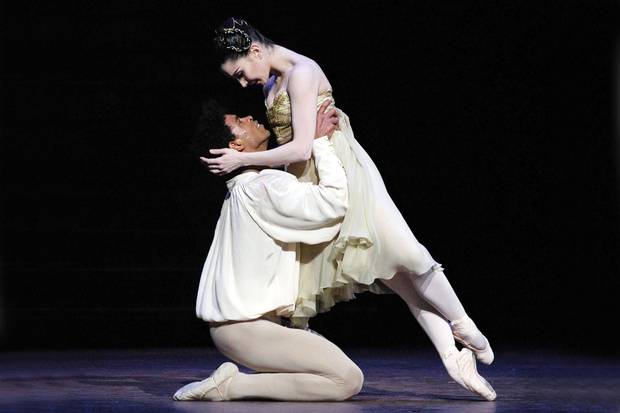 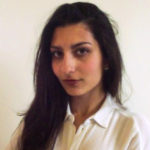 Choreographer Derek Deane has triumphed with this ballet version of Romeo and Juliet. Where words play no part, the use of costume, music and lighting serve to convey the fluidity and evolution of emotions 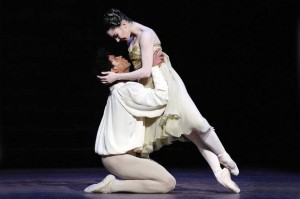 perhaps better than words. A dramatic first act sets the tone of the Shakespearian tragedy of “star-cross’d” lovers and the ensuing calamities. Prokofiev’s iconic Dance of the Knights introduces the masked ball scene, the combination of bold red lighting and imposing music foreshadowing the bloodshed and sorrow to come. Beautifully intricate costumes and mesmerising strength and poise of Tamara Rojo (as Juliet) and Carlos Acosta (as Romeo) are a wonder to behold, even for those less fond of the ballet.

Roberta Guidi di Bagno’s design of the lovers first kiss in the Capulet’s garden is set out to achieve a heavenly effect and successfully so. Seemingly floating across the pale-lit stage, Juliet appears as an angel in a soft white dress that follows her every precise movement like a loyal wisp of smoke.

As the ballet progresses and Juliet’s wedding becomes a funeral, hooded dancers carrying candles encircle Juliet’s tomb, intensifying the morbid nature of the scene. The use of the in-the-round style works perfectly as the audience is involved in the drama far more effectively than when on stage as it creates the illusion of greater proximity to the dancers.

While Prokofiev was told that interpreting Shakespeare through ballet would be sacrilege, frankly, it would have been wrong not to. Deane’s production has performed this tragedy in such a way that would have been rendered impossible by words; it is as if they have taken the raw emotion of the story and refined it, purified it and presented it to us in the form of a mesmeric dance. A magnificently graceful production and not a foot out of place, one is simply left in awe at this contribution to the continuing appeal of Romeo and Juliet.

Romeo and Juliet is on at the Royal Albert Hall until 22nd June 2014, for further information or to book visit here.