Beyond Caring at the Yard 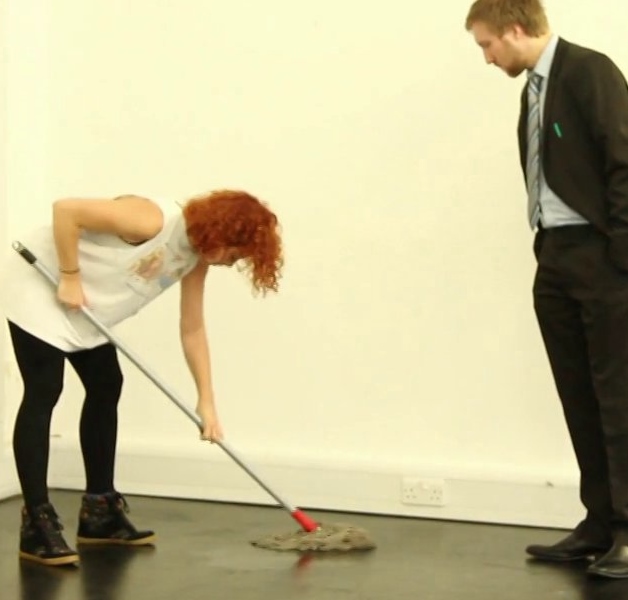 Beyond Caring at the Yard | Theatre review cleaning job on a zero-hour contract. Portrayed at the Yard Theatre, the employees and manager try to get along and do their designated work. Each has their burden: one is ill, one is poor and two of them can’t see their children. The aesthetics of the stage, with its scabby industrial look and fluorescent lights, stretches out into the crowd in the amphitheatre. This is somewhat distracting at times, since you are always aware of your surrounding onlookers.

Beyond Caring includes several raw moments, some heart-breaking and some thrilling. The cleaning strangers are stuck together in the uninviting room, and awkward conversations take place to try and mute the silence. The play often leaves the viewer feeling uncomfortable, not only in the conversations but also for example when the first actor appears onstage: Phil (Sean O’Callagan) quietly walks across the room, seemingly deep in thoughts, and then there is nothing for several minutes. The silence and stillness is almost unbearable and many in the audience are clearly ill at ease.

The struggles of the underdog are central to Beyond Caring. Anyone who has had a small job or a bully boss will see themselves in these characters. The actors vividly convey the little to non-existent appreciation you get from that kind of job, and the frustration of having no power over your situation while being met with exploitation and discrimination. Above this darker layer there is the lighter one, with heart-warming moments as the characters become friends, as well as many invitations for laughter. The actors skilfully alternate between these two states and create a balance that comes out very well.

Beyond Caring delivers a bang-on depiction of frustration and powerlessness. At times amusing, at others shocking, Alexander Zeldin (writer/director) brings you on a little journey through memories of a serf-job you once had, or if you never had one, a journey to the realistic everyday for many, many people.

Beyond Caring is on the Yard Theatre until 26th July 2014, for further information or to book, visit here.

Watch the trailer for the show here: