Jeeves & Wooster: Perfect Nonsense at the Duke of York 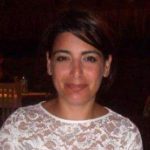 Adapted from Wodehouse’s 1938 novel The Code of the Woosters, Perfect Nonsense is a three-man, extremely slick, very witty, and ever so slightly bonkers production, reworked from the Goodale brothers’ one-man presentation script. The outcome is a play within a play – or mise en abîme – with Wooster having rented out a West End theatre to play out one of his shaggy dog stories, occasionally addressing the audience with a brush of good-natured ease as the yarn unravels.

What emerges is a demonstration of the talent Wodehouse cultivated at writing natural farce. The manic, panicked Bertie, played by a very skilled James Lance, contrasts starkly with the reserved impassive confidence of Jeeves (John Gordon Sinclair), who coolly steers his master through the mayhem that ensues. Bertie’s story involves a hunt for an antique cow-creamer, his mad, old aunt, played by Robert Goodale with marvellous flair, and a string of misunderstandings involving the engagement of his myopic newt-fanatic friend, Gussie Fink-Nottle (also played by Sinclair).

While Bertie (James Lance), delivers the narrative, he quickly realises he cannot act out the whole story without the assistance of Jeeves and rickety butler Seppings, who volunteer to transform the transportable set and play out all the other characters with astounding finesse, style and humour. Sinclair’s transformation from the stiff upper-lipped Jeeves to the calamity Guissie, martialled magistrate and coquettish femme fatale, is altogether awe-inspiring. Wonderfully, Goodale’s artistry allows another farce to develop among the characters acting out other roles onstage when they realise they have not quite thought through the character changes – an element that need not be explained in detail but which should definitely be experienced.

In short, the play is a must-see – a not-to-be-missed. If you are not a fan of farces, you may find yourself converted by this easy-to-love, polished performance. If not, at the very least you will find yourself enthralled by the brilliant acting and laughing out loud at some brilliant humorous moments.

It is no surprise that this play recently won an Olivier award. A splendid five-star show – if only we could award a six!

Jeeves & Wooster: Perfect Nonsense is at the Duke of York Theatre until 20th September 2014. For further information or to book visit the show’s website here.