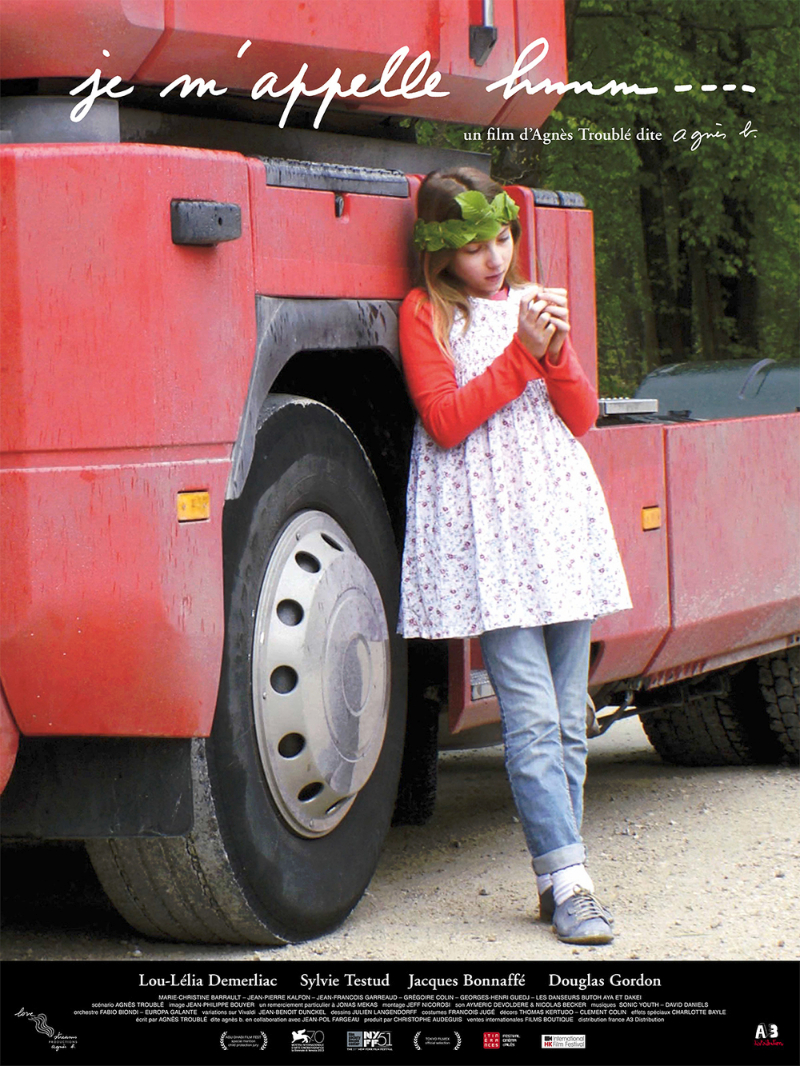 Life is bleak for 11-year-old Céline, who is resigned to the daily misery wrought by her abusive father and absent mother. One day she’s sent on a school trip and seizes her chance to escape. She forges an unlikely bond with a Scottish long-haul truck driver and their adventures on the road together begin. Gradually, we come to understand the reasons behind their mutual dependence, and the ruthless way that they cling to their nomadic freedom. Agnès Troublé is best known as fashion designer Agnès B, and her playful creativity is suitably showcased in My Name Is Hmmm (Je M’appelle Hmmm in its native French). It is the highly stylistic cinematography experimentation that sings out for attention in place of any substantial story. Scudding clouds reflect in a gutter puddle; a single scene is black and white; there’s double exposure, free-hand camera movements and blurred shots; a cluster of bubbles on the surface of a lake resembles a heart. For some there will be a few too many stylistic techniques packed in – a surplus of cut frames that disrupts the natural unfolding of a moment – but perhaps a fashion designer has a duty to overstep the boundaries and dabble in excess? Music is used to stark effect: the film broods along without a note for the first half an hour or so, which makes the sudden introduction of an operatic dirge against ominous strings disarmingly moving.

The incoherence of the oft overloaded cinematography serves to emphasise the disappointingly basic script. As blatant as a school play tackling a serious subject, you could near enough guess each line before it came. The stereotypical “English geezer” truckers at the film’s start use “mate” and “innit” in every sentence; a relevant news story begins at the very moment a radio is switched on; Céline’s mother speaks a contrived monologue into the mirror to explain her character.

A dramatic ending thankfully brings the rambling artsy-ness to a close and seeks to tie the story together, but isn’t altogether convincing. Douglas Gordon’s affable truckie Peter is enjoyable to watch but none of the other actors truly make an impression. Watch My Name Is Hmm for its atmosphere, but don’t expect too much substance.

My Name Is Hmmm (Je M’appelle Hmmm) is released nationwide on 17th October 2014.

Watch the trailer for My Name is Hmmm here:

Down But Not Out: The Nine Lives of Jack Lacy by Jack Lacy | Book review
Fairytales & Fire at the Old Red Lion | Theatre review