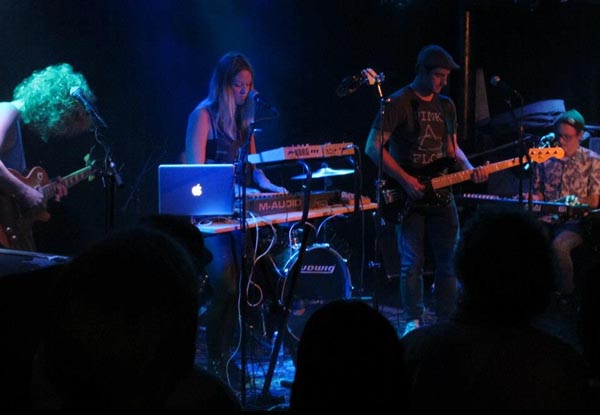 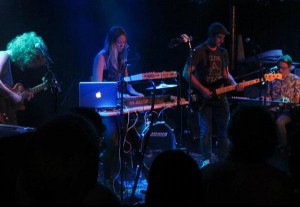 grooves and punctuated by contemporary synth sounds. They haven’t been around for long, but they already have two EPs (Alaska and Ocean Reels) under their belts, along with a third release in the pipeline, also an EP, entitled Rifts . Last night we headed to Hoxton Square Bar and Kitchen to see them play.

The venue couldn’t have been more appropriate had it been tailor-made to suit the band’s nostalgic 70s vibe: a mid-sized basement room with a raised stage and red velvet curtains as a backdrop. Despite being born and raised in Sweden, the band had a discernible Californian air about them, like the musical equivalent of cruising around San Francisco Bay in a yacht at dusk, sipping cocktails in a gentle breeze.

The songs were danceable but induced a relaxed shuffle or sway in the crowd rather than any vigorous moves, although the mid-paced Killing Switch did incite a little more movement. The sound levels on the vocals could have been brought up a little but aside from that the band’s setup sounded tight, Frontman Robin Eveborn’s vocals sounding a little like those of Beach House’s Victoria Legrand (her sounding a little masculine rather than the other way round). Eveborn’s voice played off well against that of Camilla Dahlstedt, the band’s female singer whose synth parts added vivid colour to the songs.

A Fleetwood Mac influence could be heard but there were also overtones of more contemporary Chillwave and Dream-Pop (some synth sounds remind of the likes of Gold Panda or Washed Out). Their sound is an interesting one, and their ideas are executed with clarity and style- definitely a band to keep an eye on in the coming months.

Watch the video for Curtain here: