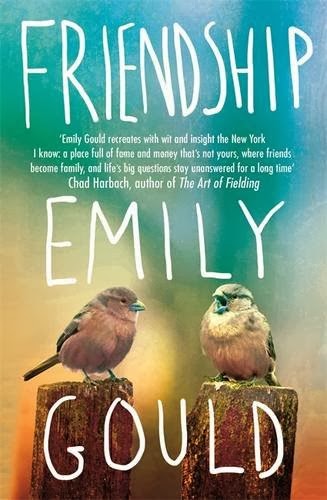 One of the things about the New York novel – a choice of setting that has become a genre in itself – is that anyone outside of the lifestyle described within the pages of books such as Friendship will have a similar attitude to Bev in terms of the accessibility of these characters. “I am the furthest thing in the world from being in any way like those women,” she says in reference to the “weird vapidity” of women in their age group. The problem is that unless Emily Gould is suddenly giving her characters a wider vocabulary than the dialect infested by the words “like”, “super” and “dude”, an ounce of lateral thinking and something to talk/think about other than themselves, this can be nothing but irony or lack of deep thinking.

Friendship is the debut novel from Gould, a blogger-cum-writer from – no prizes for guessing – New York. It follows the lives of two friends, Bev and Amy, who have just reached the ripe age of 30 and are being forced to grow up and seemingly grow apart. Amy walks out of her job upon being asked to do some actual work that she fears will damage her “credibility”, provokes her landlord into evicting her from her overpriced, impulsively rented apartment, and proceeds to spend most of the plot being alternately offended and distraught that other people dare to have some slightly less juvenile problems to focus on. Temp Bev, after infuriatingly considering yet failing to take the morning-after pill following a one night stand, inevitably falls pregnant and into serendipitous contact with guru character Sally – a woman who is assumedly supposed to seem wise and charismatic but frankly comes across as a controlling shrew in the midst of a mid-life crisis.

Gould seems to favour the narration technique of letting large amounts of time elapse in one sentence – a fine example being the line “several years of unimaginable things later” – while detailing in nauseating specifics the tedious, shallow conversations between Amy and Bev and never, ever missing the opportunity to use filler language. I mean, like, how super, dude.

There are a couple of small blessings that should be outlined to finish up – firstly that Amy, easily the most detestable character in the entire thing, finishes the novel slightly more aware of her own insignificance and flaws. Secondly, that at least by missing out large chunks of time, there’s less of Gould’s writing to get through.

Friendship is published by Farrar, Straus and Giroux at the hardback price of £14.99, for further information visit here.