Oh, the Humanity and Other Good Intentions at the Tabard 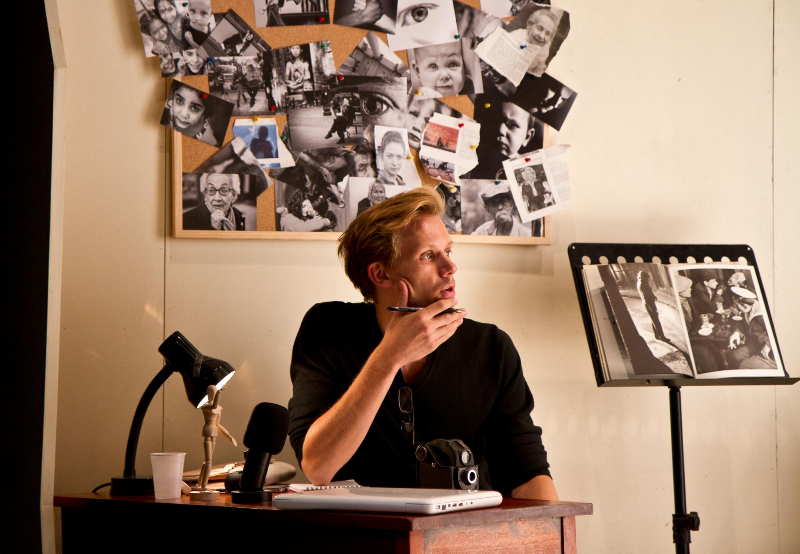 Oh, the Humanity and Other Good Intentions at the Tabard | Theatre review

Each of the five little plays that comprise Will Eno’s Oh, the Humanity resound with the playwright’s distinctive voice. Disorienting, contextless scenarios are filled with wordplay, poetry, absurdism, nascent existential crises. The manager of some sports team (possibly football, maybe baseball? Eno seems fond of letting the audience infer things for themselves) holds a press conference about his failing team and failed marriage; two people make some sort of dating video; an airline spokesperson apologises to the families of those who died in a massive crash (“gravity was a factor”); photographers take a picture; and a couple may or may not be driving a car. To connect the five short plays, some monologue and some duologue, director Paul Lichtenstern has set them all within what seems to be a photographer’s studio: laminate floor, chairs, screens and other bits and pieces. Almost all the actors are on stage for the entirety, dotted around a central white platform, as if in a waiting room or a performance purgatory. Guy Warren-Thomas as Man #2 calmly and authoritatively picks an individual or a couple from the cluster and leads them onto the platform. He builds a scene around them using props from the waiting room/studio/purgatory space. This photography studio framing element and the nowhere space around the white platform digs at the same unfortunate truth as the script: that our lives, in Jonathan Franzen’s words, are “brief tenures on Earth bracketed by infinities of nothingness”.

What links the characters is the way that they behave inappropriately for the situation they are in, baring their neuroses with candour and embarrassment, making jokes at inappropriate moments – especially Claire Lichie as Spokeswoman, who copes well with dizzying swoops from humour to tragedy. Eno plays with turns of phrase – “I’d like to start a family, or at least finish one”, “in my past life as a child” – to provide little comic moments, and constantly undercuts them with reflections on humanity and mortality. Not all the cast cope with the confounding script, and the play occasionally dips down into, as Everything Everything put it, “weak eternal monologuing” but there are a couple of riveting performances. End of Moving Walkway, a young company, have added their own provocative touches to the production which ensure that their style is evident just as much as Eno’s. And that is no small feat.

Oh, the Humanity and Other Good Intentions is on at the Tabard Theatre until 20th September 2014, for further information or to book visit here. 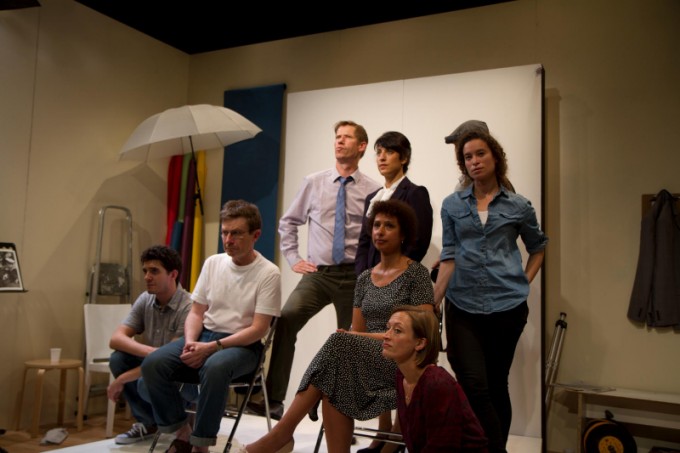 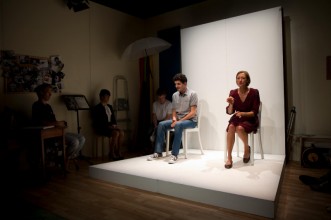 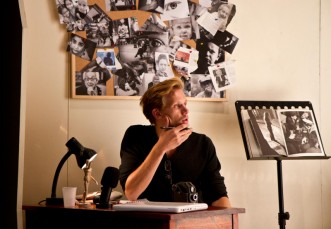