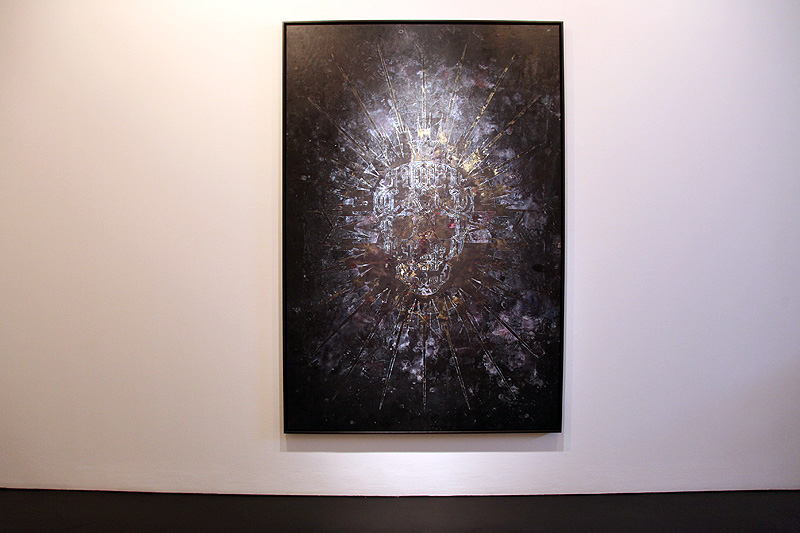 In the late 1980s, with South Africa in a crisis of Apartheid, Kendell Geers made one of the first of his political stands – refusing to join the South African Defence Force, having enrolled in a Fine Arts degree to passively avoid conscription. He returned from his exile a couple of years later, and at that point started his career as a political, demonstrative artist – executing a ritual washing of himself in his own blood. In the following decades, Geers continued with the themes of societal and political unrest, of morality and ethics and of pushing the limits placed upon him by constraining galleries as far as they will go – and then some. In this exhibition in a stylish gallery tucked between Green Park and Piccadilly Circus, he returns with some new, characteristically politically poignant work and brings a sense of disassociation from the tidily pruned streets and Harrods bags walking up and down the surrounding neighbourhood.

Walking into the glass-fronted exhibition one is immediately greeted with Geers’ reoccurring barbed wire, hanging from the ceiling in a long, delicately twisted line that seems, in this setting, more reminiscent of Christmas decorations than violence. A series of large works with mirrored relief spell out words such as “love” from burnt and agitated wooden bases, mirrored upside down and vertically in fragmented mazes. The use of words and letters has been a consistent technique of Geers’, as has his focus on religion and, particularly, the crucifixion – his three-dimensional series Foiled, exhibited here as well, depicts various religious iconography convexly imprinted in aluminium foil, the piece being more focused on the memory caught in the empty space where the object was once present – having served its purpose, it left an imprint.

Also included is a new series of paintings, interweaving old iconographical styles with razor wire and rust tinted hues. Combining tradition with violence, Crossing the Line is not one to miss. 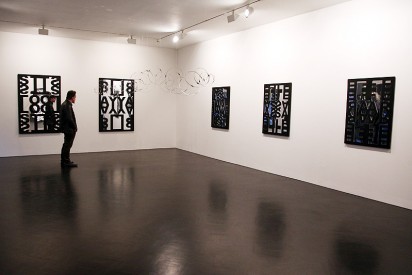 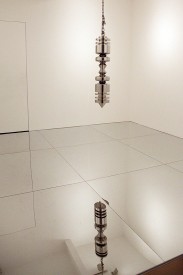 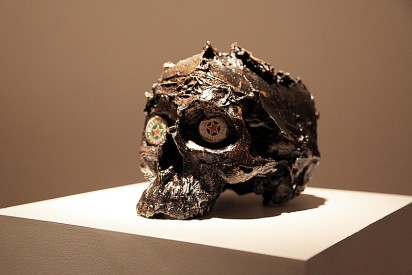 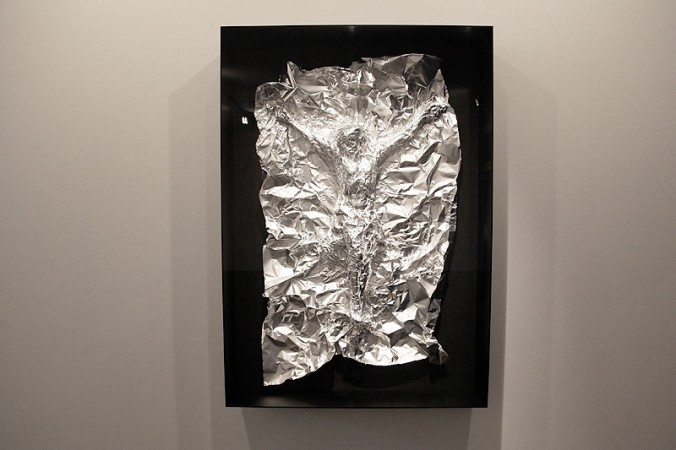 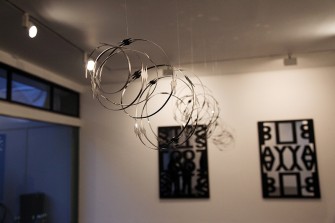 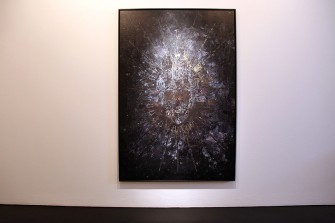 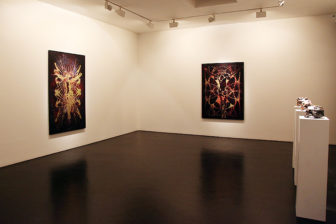 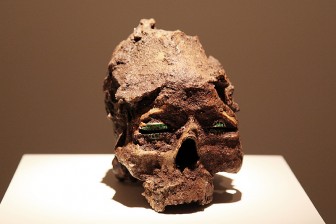 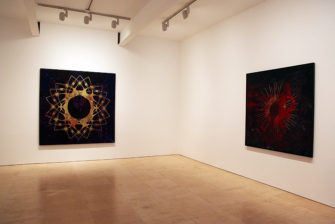