The Taming of the Shrew at Brockley Jack Studio 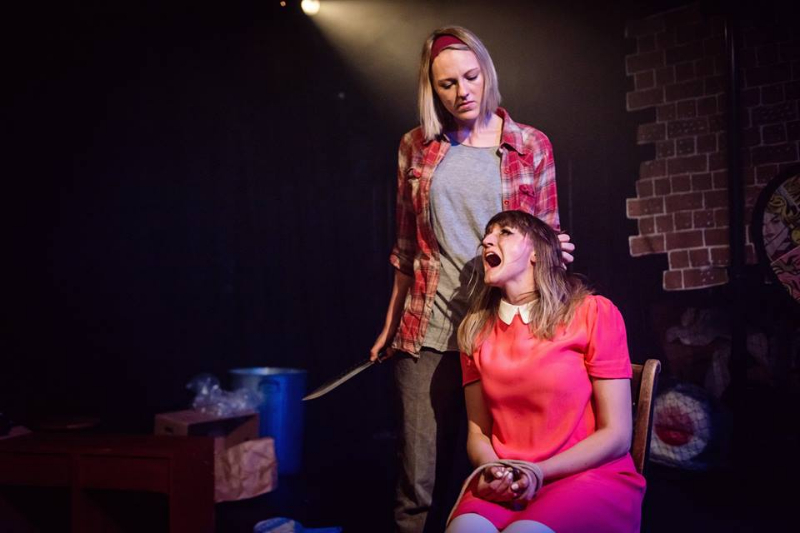 The Taming of the Shrew at Brockley Jack Studio | Theatre review

Surely no playwright’s catalogue has ever been so prolifically explored as Shakespeare’s. Immersion Theatre offers his comedy The Taming of the Shrew to us afresh, within a 60s setting. Pleather knee-high boots, paisley shirts and Lichtenstein artwork brighten the stage, and a soundtrack that includes The Ronettes’ Be My Baby and Aretha’s Think lend energy and nostalgia. The actors seem at varying levels of comfort with the language. James Clifford’s Petruchio is very much at ease, making the lines relevant and accessible. Clive Keene’s Lucentio isn’t as natural and tends towards over earnestness. His love rival, Dan Dawes’ hapless Hortensio, is endearingly comical. Rochelle Parry’s Kate is delightfully vicious as the titular shrew and seems at home with the language.

Special praise must go to Clifford, who injured his knee before the show, necessitating the addition of a crutch to his costume. It’s cleverly incorporated into the choreography: he leans on it in a way that conjures a fittingly cocky air, and Kate steals it from under him at one point in malice.

There is comedy, drunkenness and action with never a dull moment. The characters interact with the audience, offering out crisps at the wedding party and such like. The directors have demonstrated Shakespeare at his winsome and accessible best.

Theories clash about the controversial subject matter of this play. Is Kate’s final, smiling submission to her husband a win for misogyny or for satire? In Immersion Theatre’s production, Kate’s final speech about her spousal duties are treated with solemnity: it’s a “happy” ending. There seems to be no irony here. Have Immersion Theatre chosen to present Shakespeare’s lines as a designation of women’s lower place in society? The 60s theme shows its relevance here by throwing the issue into stark relief. It was the decade that saw the birth of women’s liberty, but here we see a woman whose spirit is broken as she learns her place beneath her husband, who is “thy lord… thy keeper”. If it was the director’s intention instead to present this notion in farce, it didn’t come across.

Gender politics aside, there is much to admire in this production. Shakespeare’s intoxicating poetry and prose is presented intelligibly and the playful 60s vibe is a lot of fun. It’s a unique nod to the Bard, and certainly won’t be one of the last.

The Taming of the Shrew is on at Brockley Jack Studio until 18th October 2014, for further information or to book visit here.