The Hundred We Are at The Yard 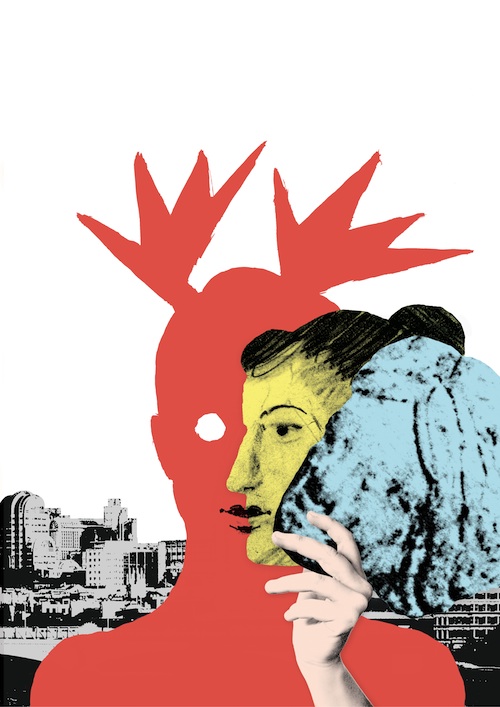 The Hundred We Are at The Yard | Theatre review

Is there anybody on earth who can accurately define themselves? Maybe the self is not fixed, but constantly shifts between who we once were, who we want to be and who we might 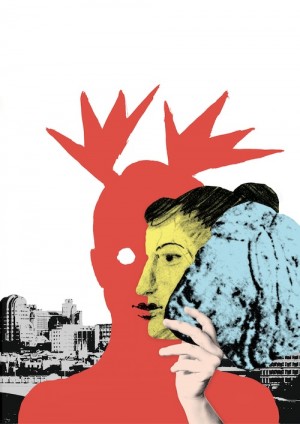 someday become. This is how our protagonist is presented to us: simultaneously as three women at different stages of life, engaged in constant dialogue with each other as they reassess and reassure, dismantle and rebuild their history.

Aptly, The Yard Theatre building is an amalgamation of various recycled components. It too presents itself as something that it hasn’t always been. The set is white and minimalist, comprising of white boxes that morph into a sofa, a kitchen unit and train carriage seats. Scaffolding runs behind the set, providing another level for the action, accessed by a ladder and stairs. The choreography makes good use of all the space, with the few scenes performed up on the scaffolding – rather vertigo inducing. Lighting is used to great effect to pick out emphatic moments.

Jonas Khemiri’s understated and poetic script, translated from Swedish by Frank Perry, creates a world of lost dreams, where our protagonist is crushed under the weight of suffering in the war-torn world, but equally trapped by the pressure of domestic duty that society expects from her.

Ida Bonnast, who plays the youngest woman, has a fresh smile and righteous, fiery energy that endears her to the audience right away. Katherine Manners, as the middle-aged woman, conveys a neurotic desperation bubbling beneath a perky exterior, and brings both comedy and poignancy to the role. Karen Archer, as the older woman, is calm and motherly until her well-executed breakdown.

The three selves argue, console one another, disagree over disparate recollections, and smile about “golden-framed memories”. At times they push each other away completely, determined to stand alone, but they always return to one another, unable to exist as a whole without the component parts.

The Hundred We Are forces us to confront the idea of self and of our place within the universe. At times warm, at others desolate, it is provocative throughout. We’re finally left with a disturbing thought: the fear that we might betray our younger selves and miss the chance to fulfil our erstwhile dreams.

The Hundred We Are is on at the Yard Theatre until 8th November 2014, for further information or to book visit here.

Unidentified Item in the Bagging Area at Old Red Lion | Theatre review
ArchWay With Words 2014: Will Self in conversation