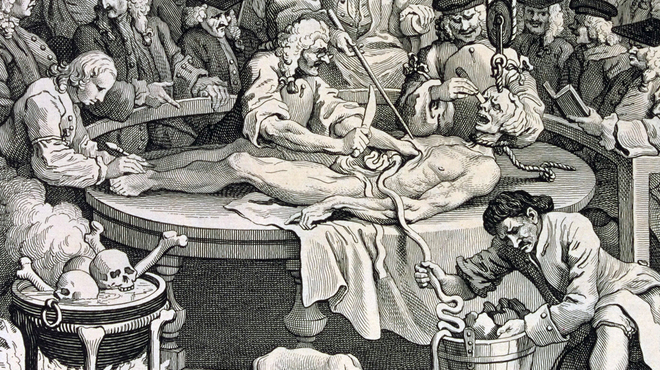 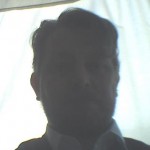 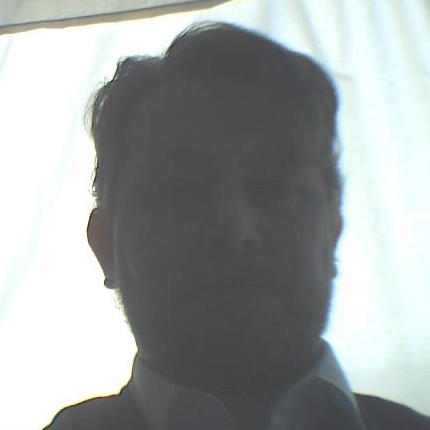 Like a sinister Victorian seaside museum of curiosities, the London Gothic exhibition at the London

Metropolitan Archive is modest in size, broad in scope and packed with the bizarre.

Fittingly, the main entrance is directly opposite Spa Fields Park, which opened in the 1770s and began life as a cemetery designed to host about 2,700. Over the next 60 years the cemetery mysteriously found space for over 80,000 burials.

This miracle of profitable efficiency was accomplished by the gravediggers expediently exhuming, chopping up and then illicitly cremating each day’s burials. This scam was eventually exposed in 1843 by workmen who, upon extinguishing a fire that had engulfed the improvised on-site crematorium, found the remains of coffins and scattered human bones amongst the ashes.

Upon entering the Archive centre, each visitor is invited to sign an entry logbook before making their way to the exhibition on the first floor. An effort has been made to playfully enhance the ambiance of the exhibition by adding a faint background chorus of mournful crow calls with suitably themed decor. Thankfully, none of these audio-visuals are intrusive.

Some may feel disappointed that there are no relics relating to Jack the Ripper on display, but there are plenty of other items of macabre interest: court records from the 17th century that explore dreadful crimes and brutal punishments; rare and original snippets from witchcraft trials; several reports of hauntings; a look at the many faces of Gothic architecture and a video about the founding, in 1982, of the Batcave – the UKs first goth music club. Other exhibits look at early depictions of horror in cinema, Victorian freakshows and the origins of the early Rider-Waite tarot deck, which was illustrated by the London-born mystic and artist, Pamela Colman-Smith (1878-1951).

Another astounding display focuses on the incredible Pyramid of Death which, when it was proposed in 1829, was to cover 18 acres, stand 94 stories high above Primrose Hill, host over 5 million corpses and, at a stroke, solve London’s chronic shortage of burial space.

Any spectral gravediggers lingering around Spa Fields might well be offering admiring applause for how the Archive has made effective use of their own limited exhibition capacity.

This is a splendid exhibition and certainly merits a visit.

London Gothic is on at the London Metropolitan Archives until 12th March 2015, for further information visit here.

Tracey Emin: The Last Great Adventure Is You at White Cube | Exhibition review
The Drums at Scala | Live review