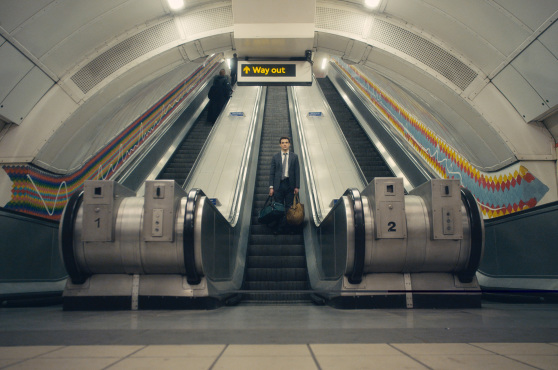 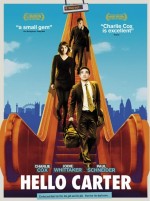 Based on the 2011 12-minute short of the same name by Anthony Wilcox, Hello Carter is both a spin-off and the final realisation of a long-seeded idea for the director’s first-time feature. This full-length rehash of an experimental short is nothing if not lighthearted, and is impossible to pigeonhole into a specific genre. The film revolves around making the best of a bad situation, and letting go of the past. It fondly follows our down-on-his-luck hero Carter as he attempts to contact the ex-girlfriend he broke up with 11 months previously, and inadvertently gets tangled up in all sorts of borderline illegal mischief while he’s at it.

Paul Schneider delivers a wholehearted and convincing performance as the unhinged brother of Carter’s lost love, bringing the only really gut-wrenching emotion in Hello Carter to life before our eyes. His fruitless attempts to make right old wrongs and recover his kidnapped son seem to pull the film together, as the bumbling Carter inevitably reaches his happy ending without any real trauma.

This film is easy and light, but with heart. The themes of responsibility and moving on are explored with spirit, carrying the viewer along and offering a sweet (if characteristically clumsy) ending. Carter’s elder brother Elliot (Christian Cooke) is given slightly more screen-time than the character really warrants, but certainly adds some light relief when things become a little deep.

Hello Carter is careful to maintain its flippant, comedic take on matters that are often taken a bit too seriously. As Carter’s new squeeze says in the midst of a baby-snatching debacle that genuinely isn’t how it looks: “Can’t just moan – have to do.” She’s quite right too, and the simple message conveyed with tongue-in-cheek acceptance will most definitely send audiences away smiling.