Sikes and Nancy at Trafalgar Studios 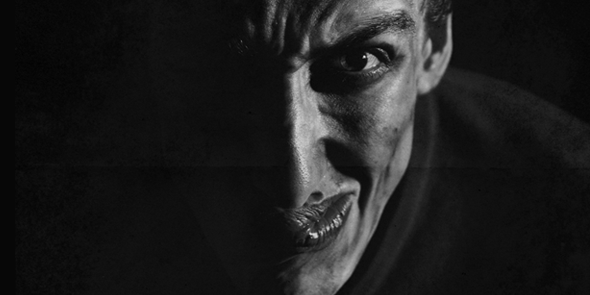 James Swanton’s one-man dramatisation of Charles Dickens’ Sikes and Nancy (a version of the murder scene in Oliver Twist adapted for public readings) is a brilliantly madcap hour of Victorian melodrama. Swanton, armed only with six mismatched wooden chairs and a long black coat, conjures the spirits of Fagin, Sikes, Nancy and more with a vigour that would put Brian Blessed to shame.

Part of the show’s success, however, is due to Swanton’s over-acting. Dickens is generally regarded to have created caricatures rather than characters, with bizarre names and ridiculous habits, and Swanton takes this to the extreme with his cartoonish, larger-than-life interpretation. Despite the work starting out as a simple public reading, Swanton’s production focuses a lot more on the physicality of the story, with the chairs providing ample props for a pub, house, road and rooftop, and Swanton’s gangly frame twisting into Fagin’s gaunt hunch, Sikes’ imposing muscle and Nancy’s delicate figure.

The story is built up beautifully, with Swanton narrating Dickens’ original readings between characters, but it is the murder scene and its repercussions that provide the real action of the play. Nancy’s death is pitiful and poignant, and the horror that haunts Sikes following his devilish deed is almost palpable. The false blood that makes the murder so gruesome is soon being used to highlight Sikes’ own moral anguish as he rubs his hands and arms nervously, never taking his eyes off the body that remains invisible to the audience.

Aside from Swanton’s melodramatic acting and exaggerated voices, which drew a few titters, there were few actual laughs to be found in the piece, but there is a constant undercurrent of gallows humour, resolved perfectly by both Sikes’, and latterly his dog’s, accidental death. The dark humour, the suspenseful storytelling and the over-the-top characterisation create a perfect production of a Victorian penny-dreadful, and it’s testament to both Dickens and Swanton that the piece is as chilling and gripping today as it was when it was first performed.

Sikes & Nancy is on at Trafalgar Studios until 3rd January 2015, for further information or to book visit here. 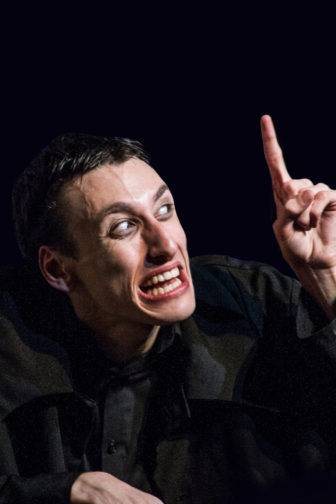 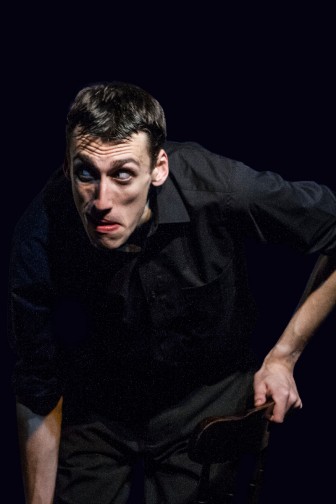 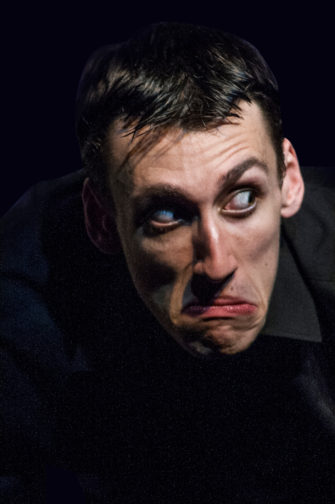