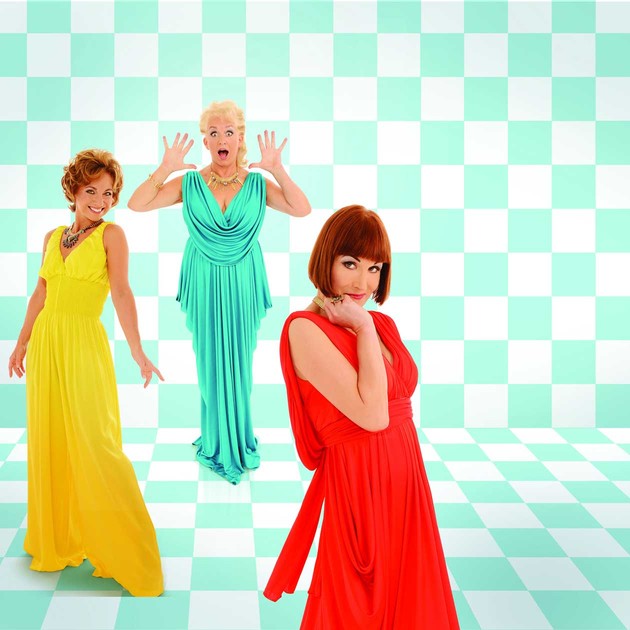 Fascinating Aïda the musical-comedy parlour act stars Dillie Keane, Adèle Anderson, and Liza Pulman. Their show Charm Offensive is enjoying an extended run ahead of a national tour that it undeniably deserves. The show jumps right in without pulling any punches, and from start to finish barely lets up.

The trio are excellent singers with impressive range. The musicianship was of a standard often not found in comic performances, which leaves no doubt as to why they have found themselves such a wide and loyal audience. When not performing a required pastiche (which are all very good in themselves), the composition is rich and romantic, an intriguing blend of Broadway and Eastern-European influences that is always engaging.

The performance is supported with thoughtful lighting design. The only trouble was the occasional confusion about where the illumination parody ended, and where the sincere mood lighting began. This brought forth some unfortunate laughs where none were looked for, but these were easily glossed over and forgotten about.

The lasting effect is that of an act by Victoria Wood, with much stronger language. There are moments of incredible emotion and feeling amid the glorious silliness, and a real veracity shines through from the comic songs about embracing their age, to the genuine tearjerkers about things they lost along the way— each lyric has real heart.

Full of unlikely rhymes, warmth and honesty, this night of musical comedy is extremely refreshing, and shows that you don’t have be singing about Mormons while you charmingly shock the public.

Fascinating Aida: Charm Offensive is on at The Queen Elizabeth Hall from 1st January until 11th January 2015, for further information or to book tickets visit here.