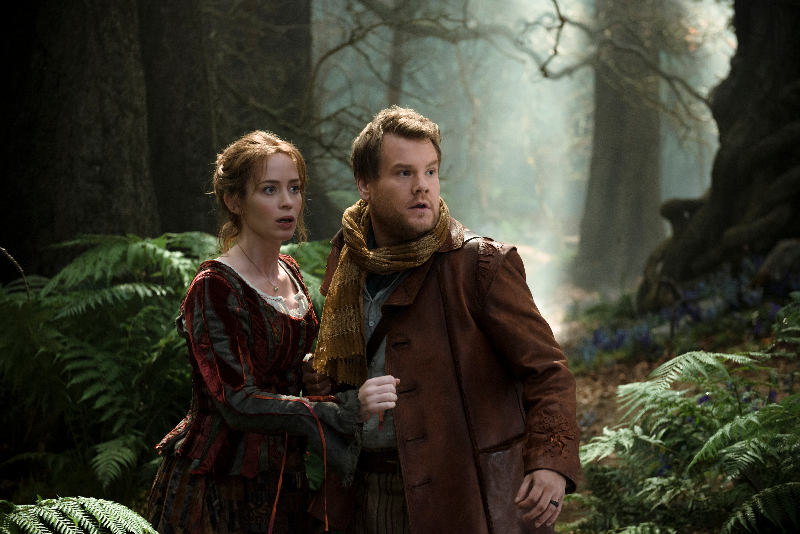 Into the Woods | Movie review 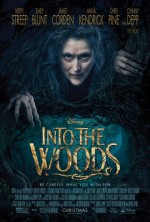 Fairytales have always been hailed as a gateway into the often dark and eerie realm of the human unconscious, and though Rob Marshall’s adaptation of Into the Woods has been a little Disneyfied it remains surprisingly true to the more adult nature of the Broadway show it’s based on. The film weaves together the tales of several of the more notable Brothers Grimm stories (Little Red Riding Hood, Cinderella, Rapunzel and Jack and the Beanstalk) with the original story of a baker (James Corden) and his wife (Emily Blunt) desperately trying to lift the curse laid upon their home by the witch (Meryl Streep). To lift the curse and have a child the couple has to enter to woods to retrieve “the cow as white as milk, the cape as red as blood, the hair as yellow as corn, the slipper as pure as gold.” The two Forrest Gump their way through the rest of the character’s tales and it quickly becomes apparent that these are not the fairytale characters we’ve been raised on. Cinderella (Anna Kendrick) is a schemer and her prince (Chris Pine, who might just have given the best performance in the film) is a scumbag (“I was raised to be charming, not sincere”, he explains), Jack is a thief and Little Red is a little bratty.

The film starts off strong but as more and more characters are piled into the narrative it becomes a little confused. Though the film is visually stunning and the cast is first rate, the film falls a little short of expectations. Since much of the dialogue is sung, it can be on occasion a little difficult to follow, and though Sondheim’s lyrics are masterful and mostly intact, after two hours it can get a little grating. Character development is stretched a little thin too, with so many characters to keep up with it can be hard to muster the energy to care about all of them. For a film with a predominately female cast, women seem to get the short end of the “be careful what you wish for” moral.

Into the Woods is a pretty fun romp, the two princes’ number Agony is perhaps the film’s high point and Emily Blunt is delightful – just don’t try to read too much into it.

Into the Woods is released nationwide on 9th January 2015.

Watch the trailer for Into the Woods here:

Street food: the exponential growth of London’s scene
Testament of Youth premiere: A chat with the cast and crew on the red carpet in London