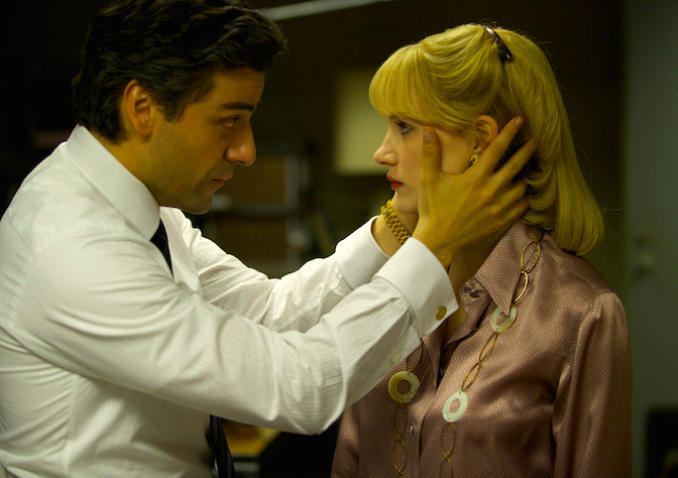 A Most Violent Year | Movie review 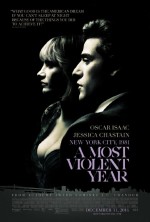 For all the malevolence and danger of the New York underworld, can it truly threaten a man like Abel Morales (Oscar Isaac), who’s always been more afraid of failure than of anything else? This is the question posed by A Most Violent Year. When we first encounter immigrant-done-good Abel, he’s on the crest of a wave. Having successfully negotiated the purchase of a new larger facility with which to expand his fuel empire, he is calm and confident: an immaculately-coiffured embodiment of the American dream. The key to the tale lies in Abel’s struggle to keep sight of that dream, and to maintain his cool, as events conspire to threaten not just the deal, but his business, his family, and his life itself.

Isaac is best known for his outstanding lead performance in Inside Llewyn Davis, and he delivers another powerhouse turn here, again expertly embodying the subtleties and hidden complexities of a man at once likeable and mysterious. The performance is matched by that of Jessica Chastain as Oscar’s wife Anna, who also adds to her already impressive reputation (built through prior roles in The Help and Zero Dark Thirty) with her sultry portrayal of the only person capable of getting under her otherwise unflappable husband’s skin.

Set in the early 80s and featuring at its heart a couple locked in the twin power struggles of big business and marriage, the film inevitably invites correlation with David O Russell’s American Hustle. While the standard of performances here justifies comparison with a film that garnered ten Oscar nominations, the tone of A Most Violent Year makes this less of a cartoony caper, more of cerebral workout, and it delivers a harder dramatic hit as a result. Director JC Chandor employs a smaller main cast, and maintains a tighter focus upon them, so there’s also less period window dressing to divert attentions here – though a special mention should go to the special effects team who flawlessly returned the World Trade Centre to the Manhattan skyline, which represents the pursuit of success to the point of becoming a character itself.

If Hollywood can keep churning out powerfully affecting crime dramas at this rate, we may have entered a new golden period for cinema, the like of which we haven’t known since the period in which A Most Violent Year is set: the 80s heyday of Coppola, Scorsese, and De Palma.

A Most Violent Year is released nationwide on 23rd January 2015.

Watch the trailer for A Most Violent Year here:

Into the Woods: press conference with Meryl Streep, co-stars and crew
The London International Mime Festival at Various Locations