Into the Woods: press conference with Meryl Streep, co-stars and crew 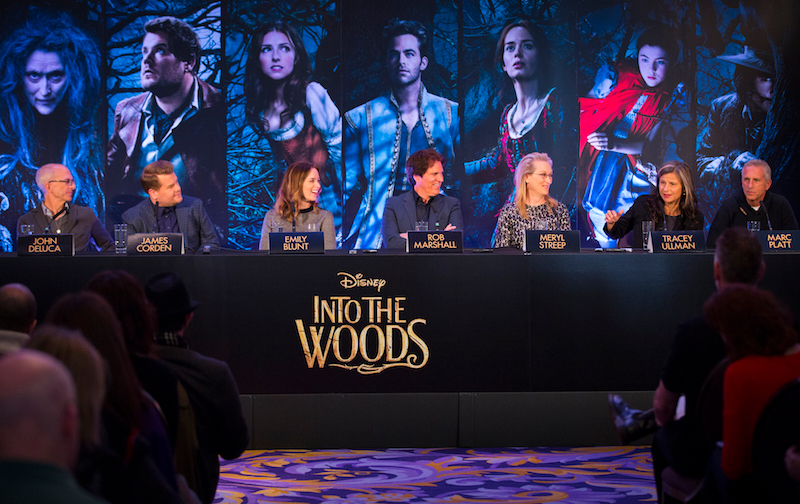 Into the Woods: press conference with Meryl Streep, co-stars and crew

While on the road promoting the release of Into the Woods, The Upcoming caught up with director Rob Marshall, lead actors Meryl Streep, Emily Blunt, Tracey Ulman and James Corden, and producers John Deluca and Marc Platt, for a chat about their experience in bringing this Broadway fairytale to the big screen. Tell us about your experience making the film.

Marc Platt: Well, this has been a joyful experience for all of us. We loved the making of the movie, we love the movie and our great hope was the very complex and moving Sondheim material in the hands of Rob Marshall would find an audience far beyond the fans of Into the Woods, which is beloved by its fans and has a long history. It’s aimed at all demographics, at all ages because it is entertainment that works on every level. It has something for everyone. It has something for adults who understand the great metaphors that are underneath, while simultaneously it’s full of spectacle and eye candy and great fairytales for children.

Much of the success of the movie is down to your amazing cast, a mix of Brits and American actors. Was it always a choice to have, say, the Baker and his wife be British and the witch be American?

Rob Marshall: I honestly cast the greatest people for the roles, that was the number one thing for me. People came in and claimed the roles. I asked Meryl to do this – which was a dream for me, for any director – and I asked Johnny Depp to do it, but everybody else auditioned. And it lined up in this beautiful way where we had this sort of multicultural cast and I loved it, because it’s the intersection of all these different stories. Everybody claimed their role and it was extraordinary.

Matt Wolf: Well, the great thing about the woods is they transcend nationality. There’s room for everyone in the woods.

Emily, since this is your first musical role, is singing something you’ve always wanted to do?

Emily Blunt: I always enjoyed singing when I was younger, but I’ve always found it very nerve-racking to sing in front of people. But in this case it was hard to say no because I wanted to work with Meryl again, and I love Rob and we’d never worked together before, and the part was extraordinary.

James, perhaps a little known fact about you is that you actually were in a musical as a teenager, so presumably they’re pretty near and dear to your heart?

James Corden: Yeah, I love them. All I ever really wanted to do growing up was be in a musical in the West End and I was lucky enough to do a show when I was 17. At 17 my ego was off the scale, but I was so far at the back of the show that I could literally touch the back wall! So I was like, okay I’ll have to go and be on TV so I can do these things. I remember seeing Into the Woods and wondering if it came back to the West End if I’d be right for the role of the Baker. I never thought for a second that it would be committed to film with such a director and such a cast, and that I would even be in contention for it so I’m just thrilled to be a part of it.

Tracy, you get perhaps the best rhyme in the film, “we’ve no time to sit and dither while her withers wither with her.” Tell us about your experiences.

Tracey Ulman: I know people who loved Sondheim who said “You’ve got the line! You’ve got the line!” I was just determined to be a part of it and it was just a fabulous experience, you know, being here in England and filming in places I remember playing in as a child. There’s nothing like the English countryside, you can see the moisture on the screen and the woods that were built in the studio. It was incredible, the trees and the moss and Chris Pine galloping past on a horse! They created this magical world for us and it was just brilliant.

Meryl, Stephen Sondheim pointed out that your surname is an anagram of the surname of the great Bernadette Peters, who played the Witch in the original Broadway run, had you ever figured that out?

Meryl Streep: Well, when Bernadette played her she was 28 and I’m much closer to 68 so it’s a sign of a great part that it can morph and can fit anybody.

But how did it actually come about that you landed this role?

MS: Rob told me he had a role for me and I thought “that’ll never happen”, but it did and it took a long time, through perseverance and work.

RM: It did take a long time. Musicals are still a risk and luckily with John and Mark, the three of us were determined to get it going. We bought it to Disney and we were excited that they were interested in redefining what fairytales could be, but we had to make it for a price and everybody had to cut their price to make this film. We all were aware how special it was, how important it was for us to do and we did it quickly, actually. We shot it in 55 days and that’s this cast, this extraordinary cast, that we could pull together and do that.

Meryl, did you meet with Sondheim so he could go through the score with you?

MS: No, I was summoned with Rob so he could let us know he’d written a new song for my character (Rainbows), which didn’t make the film and I was very excited. He wanted to sing it and play it for me himself so he could give me the feeling of what he wanted to convey. At the end I asked if I could have the sheet music and if he would sign it for me and he wrote “don’t f*ck it up!”

Why is the ending not a traditional “happy” ending?

RM: Because it explores the consequences of wishes. You know, all these people go out to get their happy endings at any costs, at all costs and then there are things that happen because of that. Jack does get his gold and he and his mother can eat but he’s killed the Giant in the process so that the Lady Giant comes down to seek revenge. And there’s that amazing song, Your Fault, and what it says is that it’s all grey, there’s no black or white and that’s what the film says. That’s really the message of the piece and what’s beautiful about it is that it explores what happens after “happily ever after” and reveals that it becomes more like real life. Things don’t happen exactly the way you want them to happen.

MS: It’s a Disney message because the film that marked my life was Bambi and it has an unhappy beginning, but life goes on. I showed my daughter the film and she watched it very seriously and I thought “she hates it, she hates it” but at the end she said she loved everything about it. She said: “After the giant – after the world falls down there’s the debris floating down in the air and it reminded me of when we lived in New York and 9/11 happened.” She remembered that time and that was her immediate association with this film. Children know bad stuff happens in the world and I think that ultimately that little family left together at the end is very good news for humanity.

Meryl, how do create a performance that balances both Broadway and film?

MS: Well, I knew going in that I’d have to really work on my lung capacity but also the great luxury of film is that if you go see Into the Woods in the theatre, you’ll pick up 95 percent of the lyrics, maybe. But there’s not one word that you’ll miss in this. Except for the things that were cut. And that’s Rob’s genius, being able to accept, filmically, a big sound and yet still have the intimacy and have them married. You can imagine how badly this could have gone.

Tracy, given that a lot of this industry is about looking great was it fun to just leave the glamour behind?

TU: Well, I’m sick of being a sex symbol, I’ve handed all of that over to Emily now and I can relax. It was lovely to go in and just wear a little wig, you know, roll around with the cow and just be camera ready, I loved it and I think I look fine in it, actually.

Meryl, in an issue of Vogue you complained that when you turned 40 the first four parts you were offered were all witches and you thought that your career was over. So, why this witch now?

MS: I felt it was, you know, age appropriate, I thought it was time, and it was not time at 40. And also I had a little bit of a political reaction about the concept of witches and of old women being demonised and of age being this horrifying, scary thing. I just didn’t like that. Just some really complex things.

JC: He’s really cool. I only did like half a day with him but, I don’t know, I felt like I was back at school trying to hang out with the cool guy, you know? And you’re just hoping a bit of it will just land on you. I was pleased just to be in his orbit for an afternoon – and then I got to kill him!

Into the Woods is released nationwide on 9th January 2015. 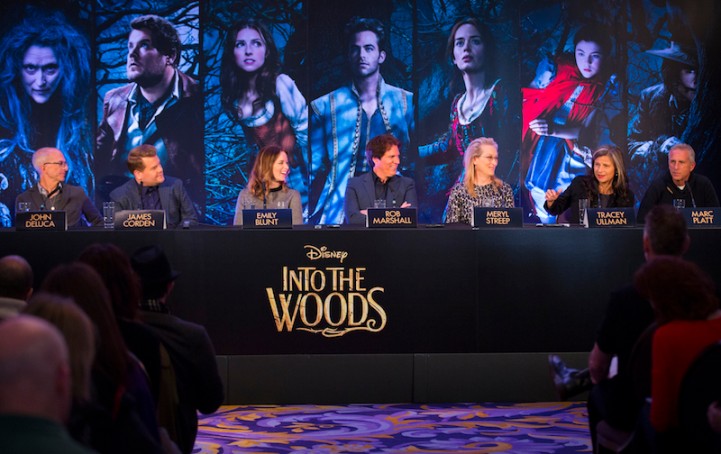 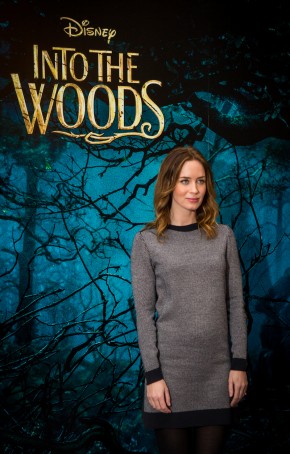 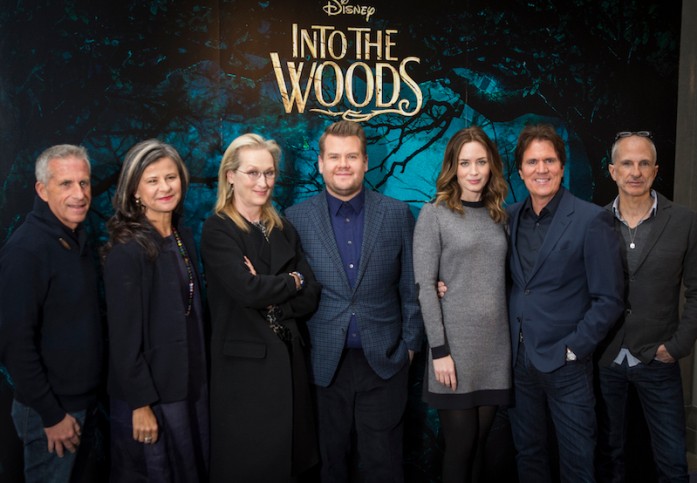 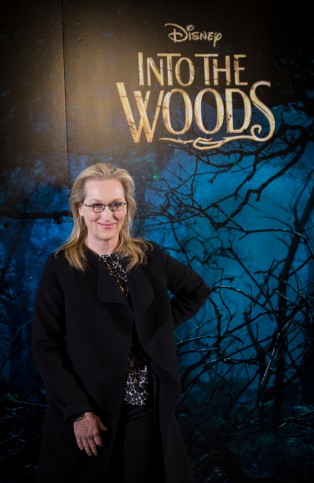 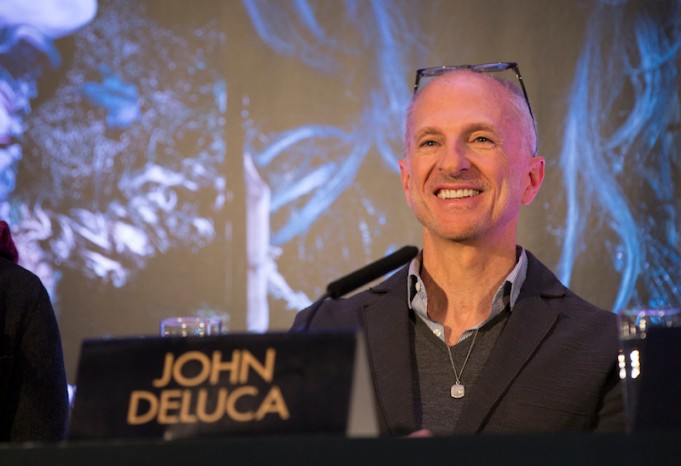 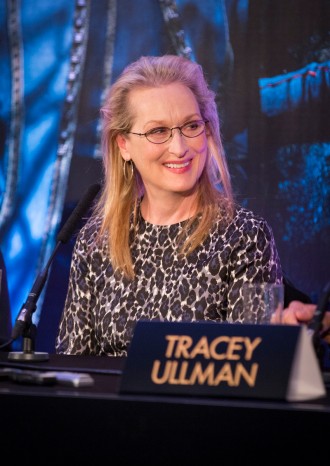 Watch the trailer for Into the Woods here: