The Grand Tour at the Finborough 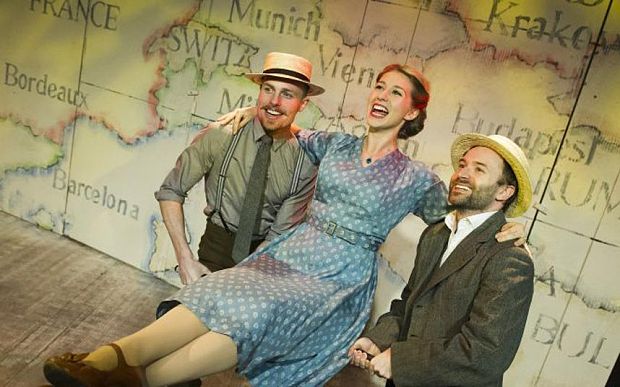 The Grand Tour at the Finborough | Theatre review 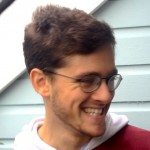 It is quite a feat to leave the theatre as confused as this reviewer after watching The Grand Tour. Walking down the narrow staircase of the Finborough into the refurbished Victorian pub beneath it, the resounding question left by the musical is simple: why would anybody want to revive this? It is utterly clichéd, and at times quite distasteful. The original 1979 production was a Broadway flop, and held the shortest run of any of composer and lyricist Jeremy Herman’s pieces. If audiences failed to connect with it three and a half decades ago, it has now past irrelevancy to become baffling.

Of all the mediums with which tell the story of Jacobowsky, a Polish Jew fleeing Nazi-occupied France alongside an anti-Semitic Polish Colonel, a singing and dancing Broadway musical must surely be the least appropriate. The result is a warped Springtime for Hitler where Stjerbinsky’s anti-Semitism becomes a loveable grumpiness, and the act of fleeing from the Nazis a lark. No amount of “do we not bleed?” moments during the infrequent pauses in the music makes it any more palatable.

The discomfort begins when, after a genuinely profound and well-acted speech by Alastair Brookshaw as Jacobowski about the eternal Jewish flight from prejudice, the piano plonks in happily and the chorus waltzes in cheerily wearing big white smiles and swastika armbands. When the two refugees must dress up as clowns and perform an impromptu high-wire shooting act in order to hide from a Gestapo officer, it is hard to believe that it isn’t a pastiche.

It’s a shame about the script, because it is a fine production. There are some fantastic performances, and the set makes brilliant use of minimal space, but the whole premise of the piece is too confusing to be truly entertaining. Musical theatre aficionados may enjoy the Ritardando conversations that lead into catchy songs, followed by multiple major key changes and second act reprises, but to anyone else they are painfully worn out and severely misplaced. The Grand Tour is an anachronism that should have been left forgotten in the 70s.

The Grand Tour is on at Finborough Theatre until 21st February 2015, for more information or to book visit here.