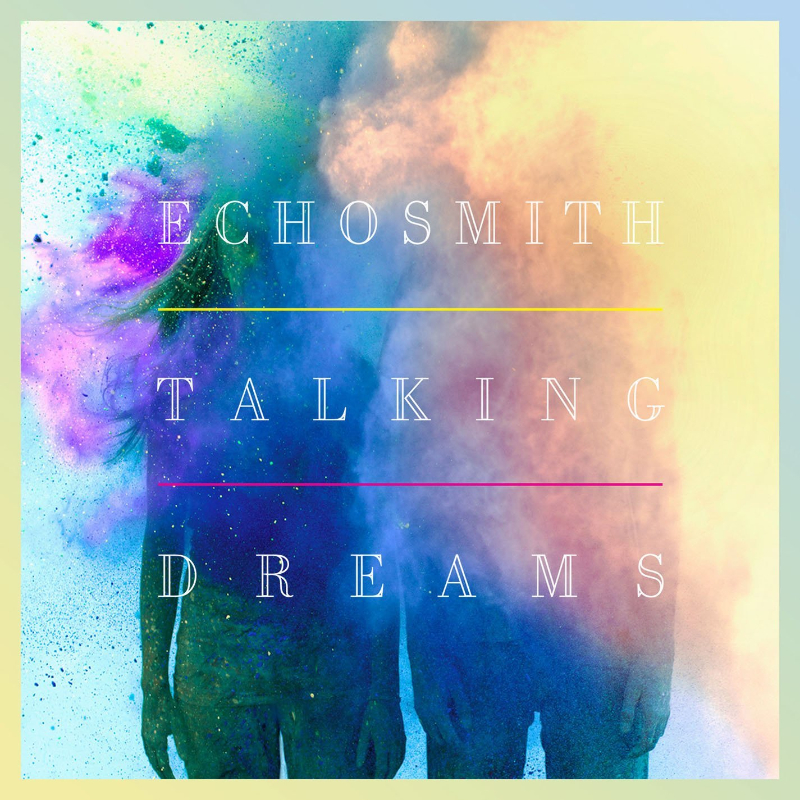 The catchy component of indie pop can mean the crossover is inevitable. A prime example is Echosmith’s debut album Talking Dreams. When forming an identity around Echosmith, age is typically the factor that stands out. Considering that the youngest member Graham Serota is 15 and the oldest Jamie Serota is 21, their structure as a four-piece dynamic is solidified as a youthful group. It’s a pleasant surprise, then, how clean the harmonies are between Jamie and Sydney Serota. Echosmith is a female-fronted band, and so a rarity to find such distinguishable harmonies between male and female vocals. This is highly exemplified on the song Let’s Love; its structure standing out in its portrayal of both perspectives. Jamie’s singing the second verse means that Let’s Love resonates more effectively with the listener.

The topic of “finding yourself” is keen throughout the entire album. In this regard, another standout track is Bright: the lyricism is a little quirky, especially in the chorus, but it works out to be a prominent style clash with the melody throughout. There’s a poetic justice of living optimistically that evolves into crafting one’s identity.

As far as transitioning goes, it’s executed very well. Sometimes indie gravitates over pop and things can be at a much slower pace. Thankfully, Echosmith doesn’t fall into this trap and ensures each melody captivates the ears of the listener. It will be interesting to see how they sound five years from now, as they’re still transitioning through adolescence and young adulthood. The follow-up has a lot of promise.

Talking Dreams was released on 1st October 2013, for further information or to order the album visit here.