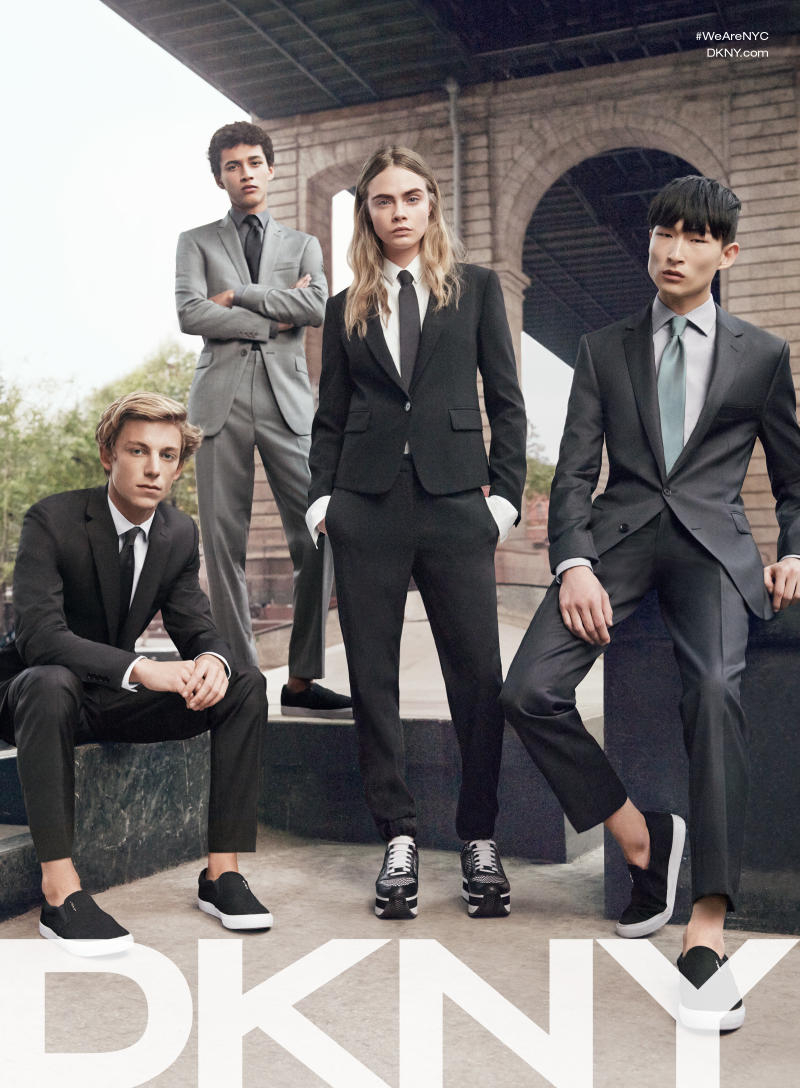 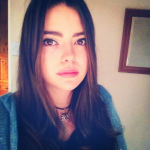 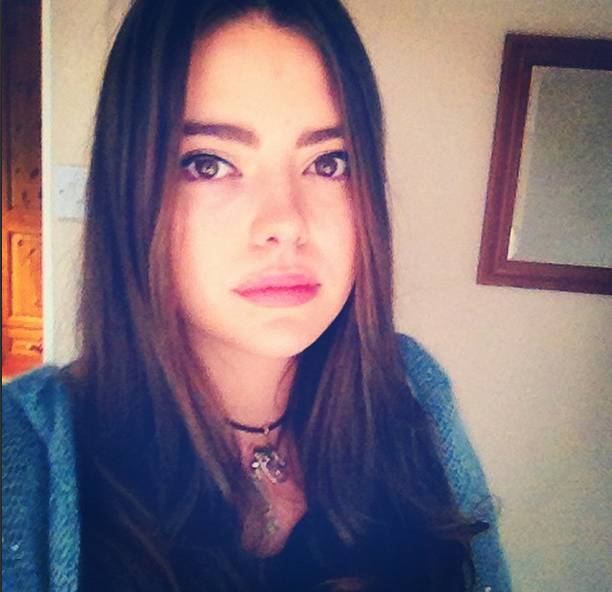 She’s everywhere; starring in campaigns for Chanel, Topshop and Burberry (to name just a few), singing with the likes of Pharrell, showing off her acting skills in films and now Cara Delevingne, and her notorious eyebrows, have made their androgynous way over to the menswear side of fashion as she stars in the new S/S 2015 DKNY menswear campaign. The campaign, photographed by Gregory Harris, sees Delevingne in a relaxed suit, tie and flatform combo, hanging out with skater Ben Nordberg, Jackson Hale and Sang Woo Kim at the Coleman Skate Park under the Williamsburg Bridge, New York. Without an overtly sexual pretext or blatant feminine styling, Cara stands alongside the guys, who are dressed in equally boss suits, striking a strong authoritative pose.

The campaign is an interesting one, not only because Cara also features in the DKNY S/S 2015 womenswear campaign images proving just how versatile her look really is, but also because it is an intriguing and powerful look at how traditional gender concepts are perceived. Yes, it may be that Cara doing anything a little bit wacky or shocking is pure internet-selling gold, but there’s something to be said for a huge fashion advertising campaign, promoting a girl just kicking back with some guys in a skate park and not being put in the spotlight because of her sexual attributes.

Fashion world – more of this, please!