The Changeling at the Sam Wanamaker Playhouse 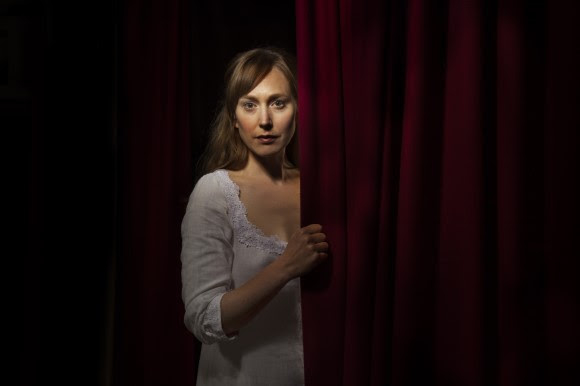 The Changeling at the Sam Wanamaker Playhouse | Theatre review

Based on Thomas Middleton and William Rowley’s infamous play, The Changeling is the classic story of Jacobean passion and madness that keeps you entertained from beginning to end. In a twisted mixture of blood-soaked tragedy and satirical humour, Hattie Morahan is the star of the play as Beatrice-Joanna – the woman who has three men fall in love with her, two of whom give their lives for that love. At the opening of the play Joanna and Alsemero fall in love after they meet each other in a church. But Joanna is already betrothed to Alonso, so she asks her father’s repulsive servant De Flores to murder him. De Flores gladly agrees as he too is in love with Joanna, and wants her virginity in exchange for the murder.

The sub-plot, although based in a “madhouse”, carries the same issues of passion, desire and sexual blackmail. Albius, the doctor overseer of this madhouse, afraid that his beautiful young wife Isabella will betray him, orders his servant Lollio to guard her and keep her in the house. Not only does Lollio feel attracted to Isabella himself, but there are two more men, disguised as madmen in the house, who are after her.

In this plot of passion, masquerades, murder and lies, somehow there is also some light – and not only the one that comes from the candlelit stage. Although the story is dark and bloody, most of the conversations and monologues carry a lot of humour. However dark the subject is, one never feels disheartened by what is on stage. On the contrary, the play leaves you with your spirits high, despite being a tragedy. Even De Flores, the “ill-faced fellow”, whose “very sight is poison” to Beatrice, manages to make you laugh with his honest remarks on his intentions, the same way Beatrice is laughable for her honest surprise that “murder, I see, is followed by more sins.”

Apart from the great Morahan, all other performances are so skilful that it would be hard to pick up just one in a sea of talent. Adding to the fact that it is performed in the stunning Sam Wanamaker Playhouse, The Changeling is a brilliant play that will keep you intrigued from start to finish. Its revolting characters and repulsive scenes will draw you in, just as Joanna is drawn to De Flores, whom in her heart she loathes.

The Changeling is on at is on at the Sam Wanamaker Playhouse at Shakespeare’s Globe until 1st March 2015, for further information or to book visit here.