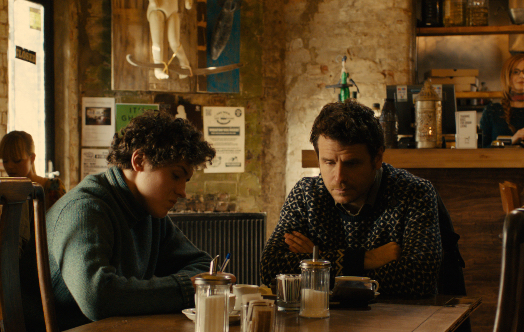 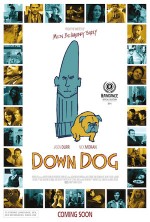 At its best, film comedy can be a vital medium capable of making the exploration of meaningful issues resonate with the unifying power of laughter. Down Dog does not represent the medium at its best. The central problem here is that, as a “dramady”, the film works on neither of the two levels it aims for – presenting neither a story with a sufficiently believable heart to prompt an audience to emotionally invest, nor enough good laughs to make up for it. This tale of the redemption of bad Dad Frank (played by Jason Durr) has potential on paper, but it’s never realised thanks to a script that, for the most part, feels rushed. Key scenes are confusingly lacklustre as the comedy that underpins them too often comes across as if the lines replaced the marker “insert good joke here” at the very last minute. A similar impression is given by an unusual casting decision, which you’re best left to notice for yourself (when you do – see if you can figure out a point to it), but which feels like a hasty, hackneyed attempt at high-cinematic artiness.

Writer Simon Nye has good pedigree as a writer of sitcoms, though Men Behaving Badly is two decades old now: gone from our screens for two years when The Office heralded something of a revolution in British comedy in terms of pace and edge.

Young Dylan Llewelyn does quite well with what he’s given as Frank’s put-upon son, but the middle-class opulence in which the character exists is lacking in any real dysfunction. The supposed lack of a fulfilling relationship with a father who (though he shows up late) takes him to a gig every other weekend, could reasonably be termed a “first-world problem”, and fails as a valid justification for the ridiculous deceit used to force Frank into parental epiphany.

Down Dog just seems to think it’s funnier than it is. At the expense of a realistic voice, almost all of Frank’s lines are delivered with the raised eyebrows and upward inflection of a Radio 4 panel show punch line, but very seldom do the supposed “zingers” land. There are some breezy knockabout chuckles when Frank’s boss Bill (played by Nick Moran) is around, but, even then, the same joke (the hypocrisy of a chauvinist despairing at his daughter’s penchant for revealing clothes) is replayed until it gets boring.

Down Dog is released nationwide on 13th February 2015.

Watch the trailer for Down Dog here: