Five 21st century authors you should know about 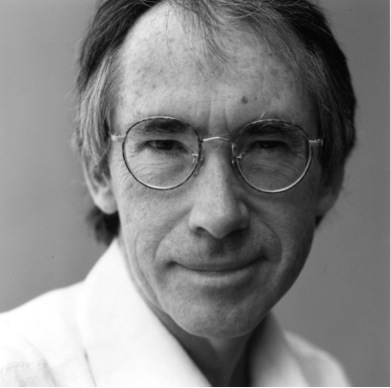 Five 21st century authors you should know about

If you take a second to look around, you’ll notice that our world is united around one big idea: the story. We read them every day in social media posts; we hear them in conversations with friends; we see them in photographs and TV shows; we laugh and cry with characters, learn lessons from their experiences, and pass those lessons on.

It’s 2015, and some of the best stories are just being written. So find your Kindle or the nearest bookstore, and take a walk through this list of the greatest storytellers of the century. Following in the footsteps of Kurt Vonnegut, Jr and Franz Kafka, Haruki Murakami crafts brilliant, often absurdly fantastic stories that explore Western ideals of individuality and themes of alienation. He first captured the hearts of Japanese youth in the late 1980s with the nostalgic Norwegian Wood, a novel that details a young boy’s experiences with loss and his blossoming sexuality. Murakami’s social and interpersonal commentaries have garnered a widespread appreciation amongst readers, and have led him to be touted as one of the most important cultural voices of our time. His recent works include the surreal multivolume 1Q84 (2011) and Colorless Tsukuru Tazaki and His Years of Pilgrimage (2014). As if his immensely popular written works weren’t enough, seven film adaptations (with an eighth in production) of novels have thrust Ian McEwan even further into the spotlight, making him one of the most ubiquitous living authors. Current events and political figures are frequently the targets of discussion in his stories. With his characteristic sharpness for articulating our most personal fears and longings through the mouths of his characters, McEwan has cultivated a brand that appeals to the masses and critics alike. One of his more universally recognized books is Atonement, published in 2001 and adapted to a film version starring James McAvoy and Keira Knightley in 2007. Dionne Brand is a novelist, essayist, and former poet laureate of Toronto, Canada. An outspoken advocate for social justice and feminism, issues of gender and race often feature prominently in both her poetry and fiction. Her 2005 work What We All Long For brings an urban Toronto to life, intertwining the lives of four disparate youths as they search for love, meaning, and safety in an often brutally unaccepting world. Brand roots her novels in the barest of reality; she succeeds in a kind of truth telling that remains with readers long after the book is closed. The winner of the 2007 Pulitzer Prize for Literature, McCarthy’s staggering volume of work spans over 50 years of writing. Known for his often bleak, powerfully gripping stories and wizardly command of prose, the author consistently imbues his novels with a powerful blend of psycho-emotional pathos that speaks to readers from every background. His 2005 take on crime-noir No Country For Old Men was adapted into an Academy Award-winning film of the same name in 2007; just a year later, he published the post apocalyptic novel The Road, which also found acclaim in theaters in 2009. Adichie completed her captivating debut novel Purple Hibiscus when she was just 26 years old – to critical acclaim. The story, which takes place in a Nigerian town amidst political instability and economic turmoil, paints a rich and revealing picture of an adolescent girl’s oppressive family life. In a masterful display of storytelling, Adichie hooks readers with her complex characters and pointed statements, engaging on themes of feminism and orthodoxy while maintaining an effortless, soaring narrative arc. Adichie’s work has drawn comparisons to the late Chinua Achebe, known for his earthshaking and morally convicting novel Things Fall Apart.