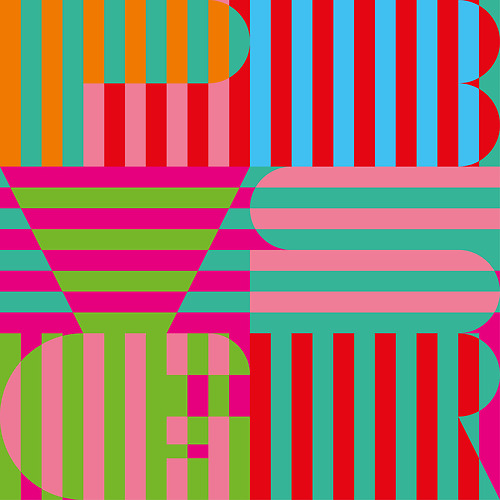 but is not off-puttingly obscure.

The album opens with the word-music influenced Sequential Circuits, before reaching a high with Mr Noah, layered with animal noises and with a singular tune that lingers in the mind. Boys Latin is heavily 80s influenced and shows off Bear’s vocals – almost choral in their solemnity and circular repetition. Come to Your Senses, at seven and a half minutes long, overstays its welcome and throws too many effects in its mix (there’s a Moog in there somewhere for sure) but the album returns to form in Tropic of Cancer, which announces itself with parps that bring to mind Close Encounters of the Third Kind before dissolving into a lilting harp sample from The Nutcracker. Lonely Wanderer deploys showers of synths that sound like synthetic birds cheeping or little tiny rockets shooting down – an electronica meteor shower that soothes.

Bear described wanting the album to sound “busy and lively” compared to its bleaker predecessor, 2011’s Tomboy. It manages to feel uplifting and energising despite the ominous name. In an interview with Rolling Stone last December, he describes wanting a changeable sound that keeps the mind busy. He says the two closing tracks, Selfish Gene and Acid Wash, are like “sea shanties” to him, citing the influence of moving to Portugal. He also talks of the “psychedelic sweet spot”, where the music is more than the sum of its parts and plays tricks on the ear.

Panda Bear Meets the Grim Reaper was released on 12th January 2015, for further information or to order the album visit here.