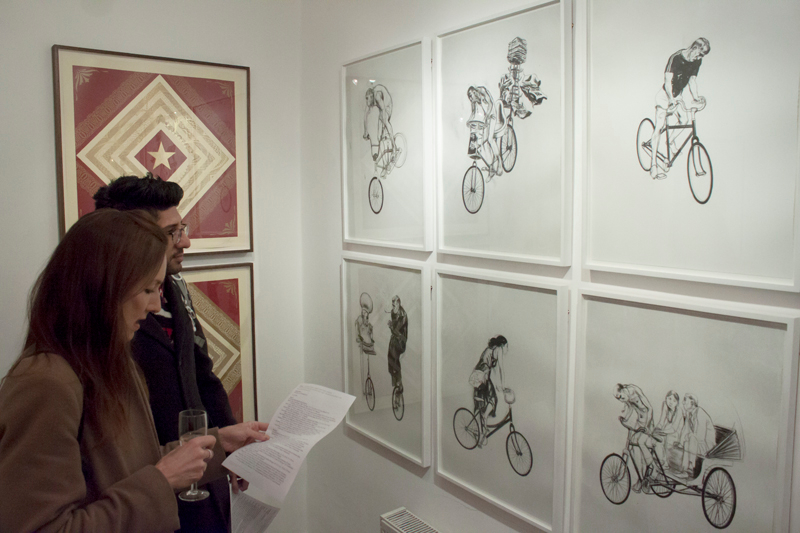 Printed Matter is Eleven Gallery’s latest exhibition, a collection of limited edition prints from some of the brightest forces in modern art. Work by established artists such as Damien Hirst, Grayson Perry and Peter Blake is found alongside that of lesser known artists, such as Adam Dix and Charles Avery, along with the Gallery’s own Natasha Law and Jonathan Yeo. It is a small affair, two minimalistic rooms divided by a partition, but the quality and choice of paintings is such that it rivals much larger galleries in terms of interest. The central piece – and one of the most engaging – is Grayson Perry’s Map of Nowhere, an intricate mappa mundi charting his beliefs, social commentary and satirical comments on current affairs. Perry’s style is convincingly medieval, allowing for an authenticity to be juxtaposed with the contemporary thrust of the work. Similarly detailed are Keith Tyson’s Studio Wall Drawings, a selection of prints that vary in style, working as a visual diary to record events, moods, ideas and people that pass through the artist’s life.

In contrast to these intricate works are the simpler prints by Natasha Law and Charles Avery. Avery’s set of lithographs Place de la Revolution involve six separate cyclists, each one isolated from their environment, raising the question of their true contexts. The simple monochrome lines are given life by suggestions of movement, from the blurred feet of a young racer to the slamming shut of a carriage roof. Stylistically, the caricatured faces and maudlin body language of these figures is reminiscent of French mime, or traditional European clowning – suggesting the sad humour of their mundane existence. Law’s semi-nudes are similarly minimalist, but her blocks of solid colour perfectly offset the simple line drawings, and by placing her figures in compromising yet unaware positions; along with her refusal to show their faces, she forces the viewer into the role of an eternal voyeur.

There is a wide range of styles and forms on show here, but the curation is such that they from a harmonious unity. There is enough diversity to satisfy even the most ardent of art critics, yet the exhibition never feels jarring or misjudged. As well as this, the theme of limited edition prints allows for everything from finalised pieces to initial sketches, allowing the viewer to take a journey through the artistic process. Despite the sometimes impersonal nature of the art world, this exhibition reminds us that behind every great piece of art, there is an artist and their procedure. 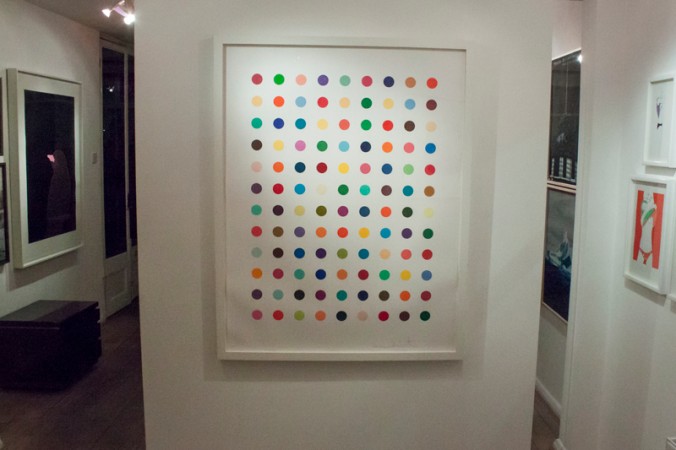 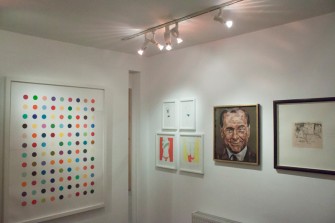 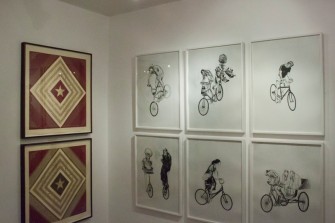 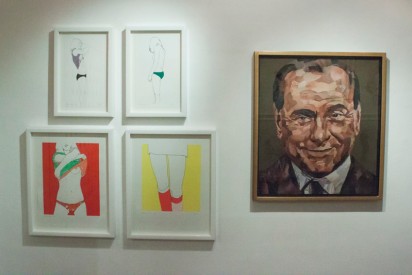 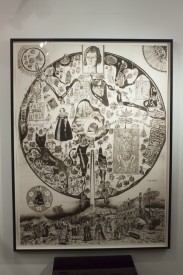 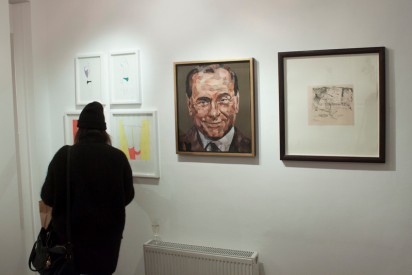 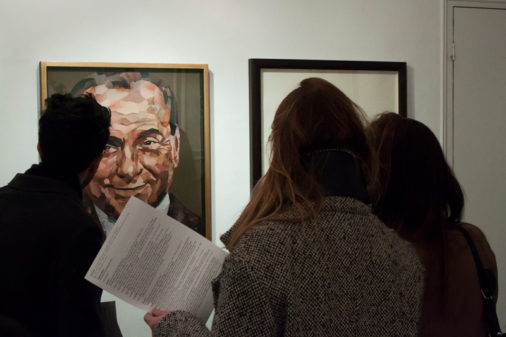 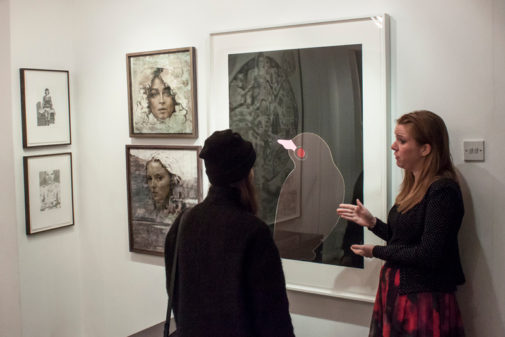