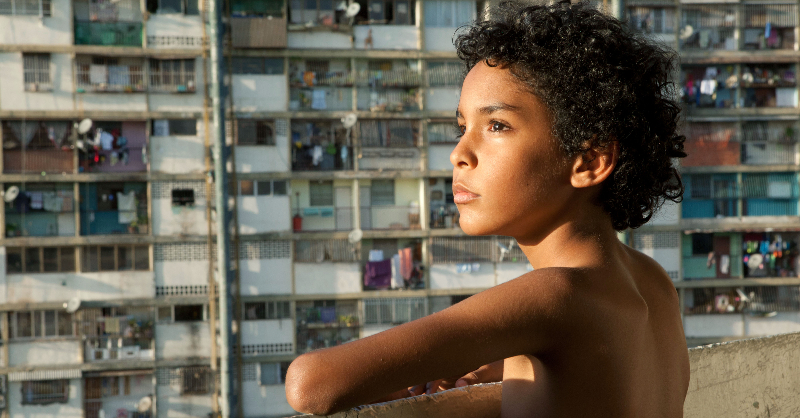 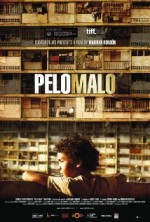 Pelo Malo, a Latin American phrase meaning “bad hair” with social and racial connotations, is the title of this new film by writer-director Mariana Rondon. Set in the city of Caracas, Venezuela, the film weaves through the literal bad hair and into the deeper implications of the society’s views on this part of their heritage. The end result is a rousing glimpse into what is becoming a serious social issue in Latin America today: racial identity. Venezuela’s multicultural society owes their ancestry to European, indigenous and African races. The lead character Junior (played by a very impressive Samuel Lange) is a nine-year old boy who – with his brown skin and curly hair – appears to be a mixture of all these races. This mixed-racial group is in fact such a significant demographic in Venezuela that almost all Venezuelans claim to have at least a relative with “bad hair”.

It is his hair that triggers Junior’s monumental identity crisis which forms the basis of the plot. With a new school term fast approaching after the holidays, the returning pupils need a fresh yearbook photograph. Junior’s mother, Marta (portrayed superbly by Samantha Castillo), has just lost her job and is doing everything she can to regain employment so she can afford among other things the cost of this photo. In the meantime, he accompanies his friend to the studio for her photo and it is here, while admiring the various portraits on the wall as he waits for her, that he starts considering what he would want his own image to be. He settles on the picture of a famous smartly-dressed male singer with beautiful straight hair, which soon becomes a fixation. The upset that this causes his mother – who is aware of the deeper social implications of his son’s identity crisis – is almost heartbreaking. The nuances of his sexuality, from his feminine dance moves and singing voice to his particularly expert eye on male beauty, are tactfully handled.

There is an attempt to capture the spirit of chaotic inner-city Latin America with some decent graphics of sprawling squalid residential tower blocks and manic traffic jams, which is perfunctory but won’t do much to the viewer’s heart beat. The violence in the neighbourhood is mainly implied and not depicted in such hard-hitting fashion as was the case with Fernando Meirelles’ City of God, but there are some subtle parallels.

The strength of this film lies in Junior’s internal conflicts as he attempts find his ideal identity and at the same time earn his mother’s love; two things that seem in direct conflict. The poignant ending provides no clear resolution but hopefully will open an honest discussion on the serious social issues that Venezuela faces.