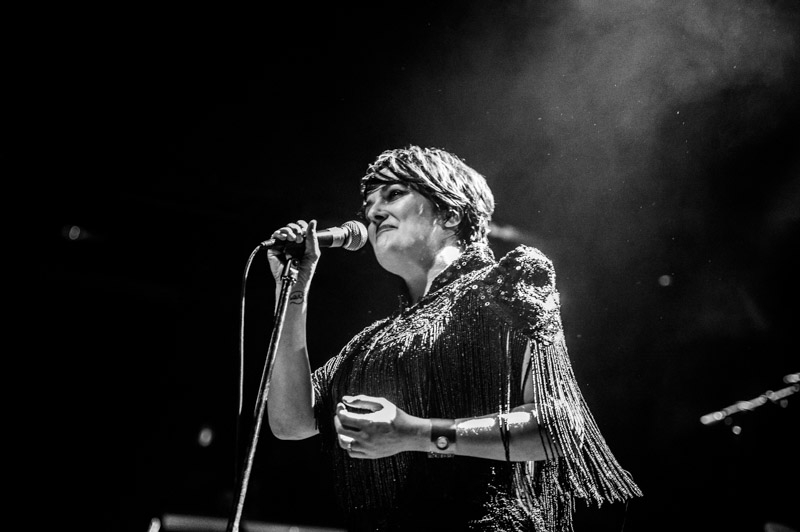 Slip and Slide Suicide, Hide U

You may know Kosheen from their (by now old-school) 2001 hits Hide U and Catch; last night they made a triumphant return to performing live at Koko.

The band played a mixture of old and newer stuff (appropriately for a band whose name comes from the Japanese for old: “ko” and new: “shin”). It was obvious how joyful lead singer Sian Evans was at being back on stage, playing for nearly two hours. When the lighting team tried to wind things up, she implored them to turn the lights down again and “give the people what they paid for”. She’s a powerful frontwoman, slinking about in the spotlight in a sequined, tasselled bolero that she later threw off as things got energetic. Her bandmates Markee Ledge and Darren Decoder were deliberately backgrounded by the lighting and set. Evans mentioned that Koko was her favourite venue in London: “I’ve had a few raves here myself” she told the crowd in her husky Welsh burr, with a naughty chuckle. The grubby rococo grandeur of the place suited their dramatic set.

Kosheen started with their more recent material: the uplifting Save Your Tears from latest album, 2013’s Solitude. That was the exception, as a lot of their newer stuff is more rocky; Evans at times sounds like Grace Slick of Jefferson Airplane with her powerful, soaring alto. Her husky voice also brought to mind fellow early-2000s dance mistress, Moloko’s Roisin Murphy. The drum beat was almost rudely powerful, beating through your chest and creeping up the hairs on your neck.

The crowd certainly got their money’s worth. They followed wherever the band went, but it was clear their hearts lay with the beat. The set graduated to drum and bass with a stripped-back drum interlude that let the audience know which way it was going. Evans changed into a floaty chiffon number – all the better to whirl about and throw some truly original and brilliant shapes. By the time they played Slip and Slide (Suicide) from debut album Resist, the whole place had their hands in the air, jumping. Evans was hyped from the crowd and asked them to “please stay with us” – the band seemed to be enjoying themselves as much as the crowd. They finished with their biggest hit Hide U.

All in all, a fun night with dark beats and an endlessly endearing frontwoman.

For further information about Kosheen and future events visit here. 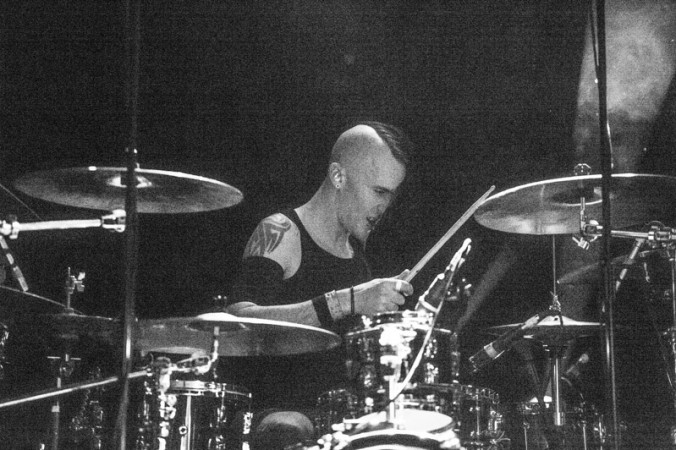 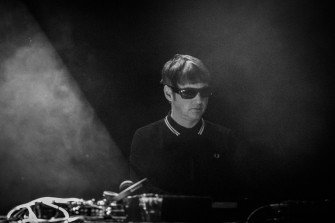 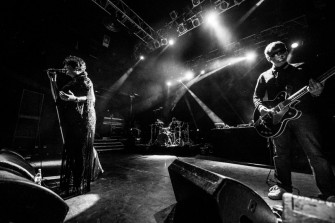 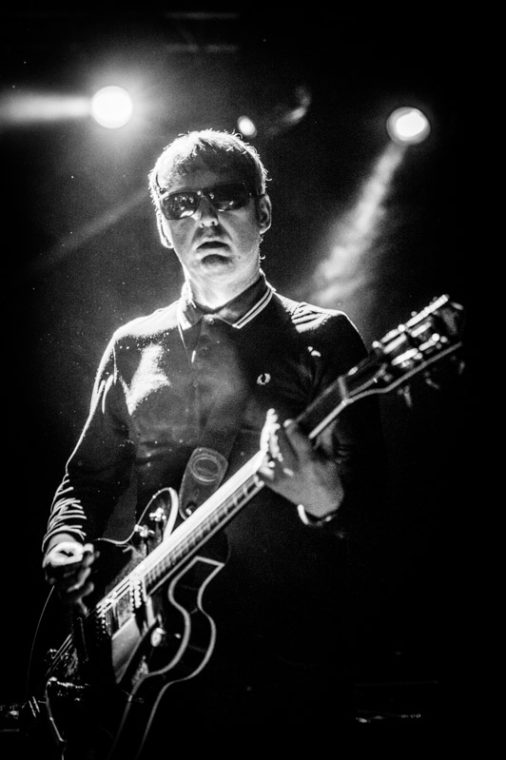 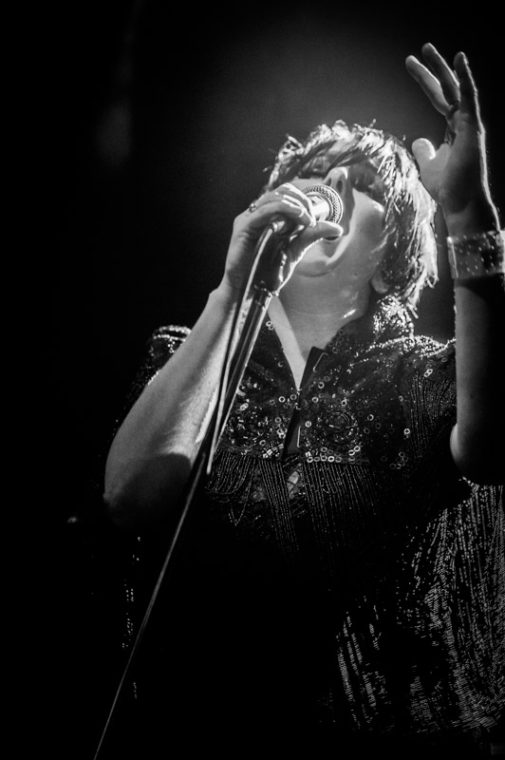 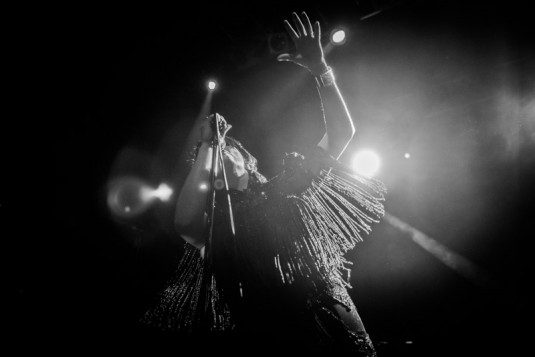 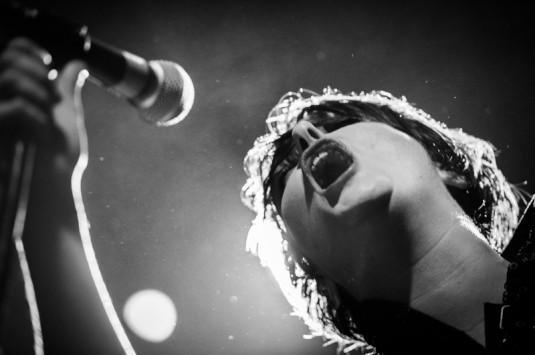 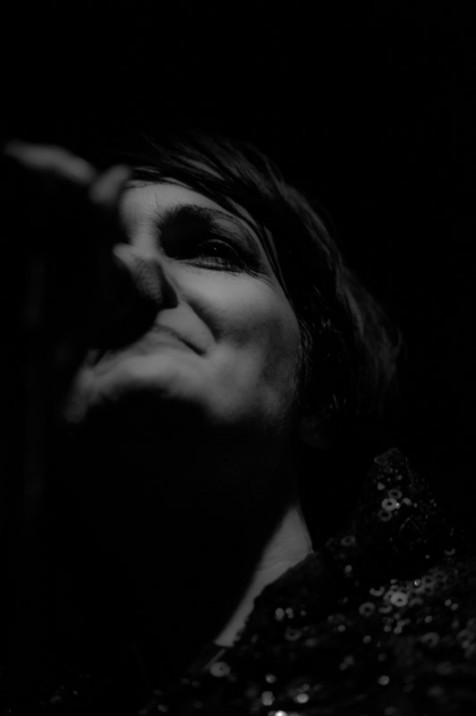 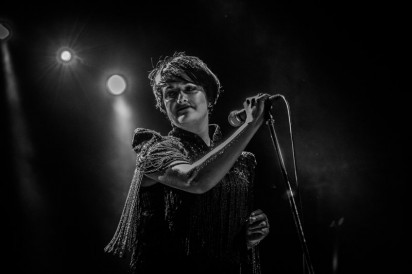 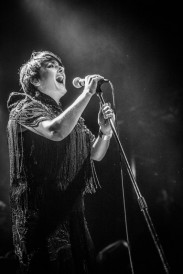 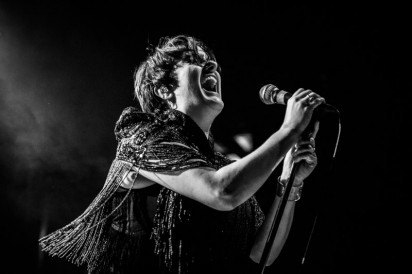 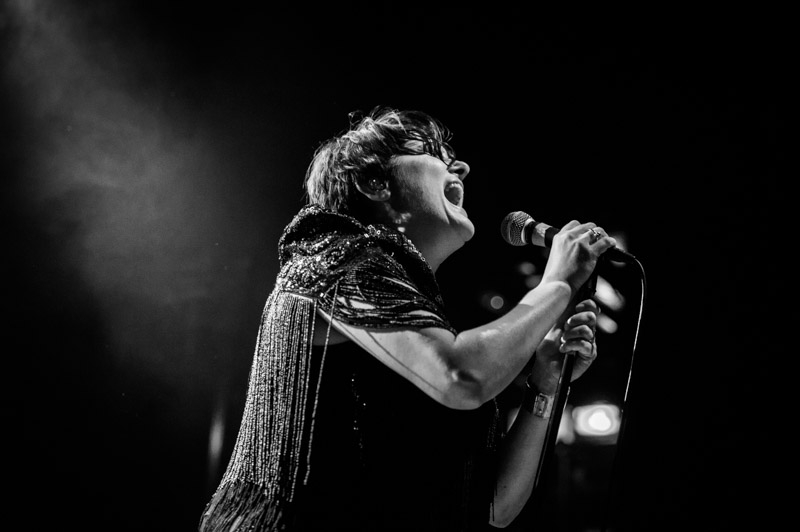 Watch the video for Slip and Slide Suicide here:

Slip and Slide Suicide, Hide U