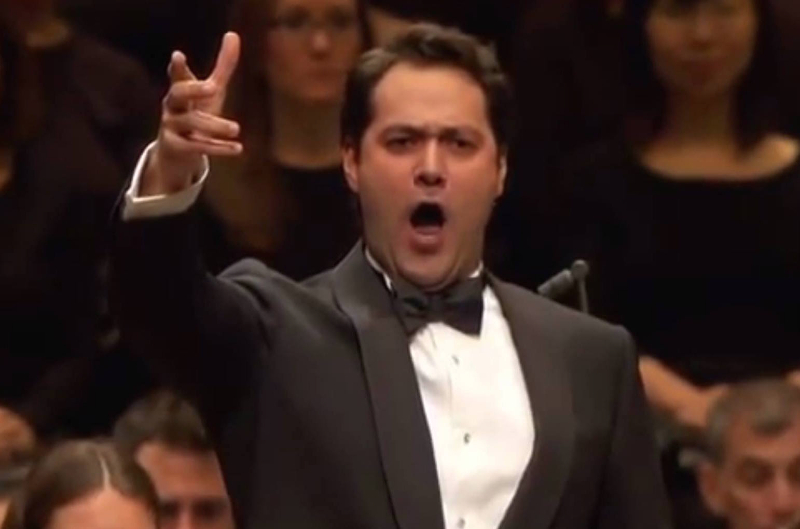 An Evening with Ildar Abdrazakov at Carnegie Hall | Live review

The big moment in Bizet’s Carmen occurs when Escamillo sings about being the Toreador. This was no different back in November when bass Ildar Abdrazakov sang the role on the Met’s HD transmission of the opera. He held nothing back in his voice or demeanor – Hemingway would have approved. An act later, he did something equally effective: smiling sweetly after singing of his love for Carmen. A recital is different altogether. Traditional and expected, it remains the best way to appreciate a singer. While one cannot ever “know” an artist, it was clear at Abdrazakov’s Carnegie Hall recital debut on January 29th that he is very comfortable with his ability and audience. The Bashkirian bass’s smiles are for real, so is his voice.

Abdrazakov, accompanied by Mzia Bakhtouridze, divided his recital into two well balanced sections. The first was all Russian, highlighted by Mussorgsky’s Songs of Dances and Death. The four songs personify Death as comforter, seducer, trickster and eternal warrior. Abdrazakov’s voice in the last song, The Field-Marshal, chillingly filled every inch of the hall. The Cherry Orchard Festival who sponsored the recital didn’t provide translations in the program – not a problem for the predominantly enthusiastic Russian audience. For the equally impressed rest, this wasn’t necessary because Abdrazakov conveyed the required emotion for not just Mussorgsky, but everything else without overreaching. Ultimately, the removal of rustled paper and half-dimmed house lights made for less distraction and more concentration.

European composers comprised the second half of the program. Here, Abdrazakov showed why the Met and other major opera houses routinely cast him for roles outside the Russian repertoire. Fauré’s Fleur Jetée (Discarded Flower) was passionate and painful.  He has a strong, gorgeous voice and good diction. Though a bass, he has the ability to reach deeper, which he did during Ravel’s Don Quichotte à Dulcinée. These three songs were for the 1933 GW Pabst film Don Quixote starring the great bass Feodor Chaliapin, who made his debut in Ufa, Abdrazakov’s hometown.  Again, familiarity with French proved unnecessary; the Romantic Song, Epic Song, Drinking Song are all part of the Don’s character. Even better, Abdrazakov’s smooth delivery matched Ravel’s lush pseudo-Spanish dance melodies.

Abdrazakov stuck with the Spanish theme for his encores of Don Giovanni’s Serenade and Granada. However, the last encore was Over the Rainbow sung in delicate English, leaving the audience smiling.