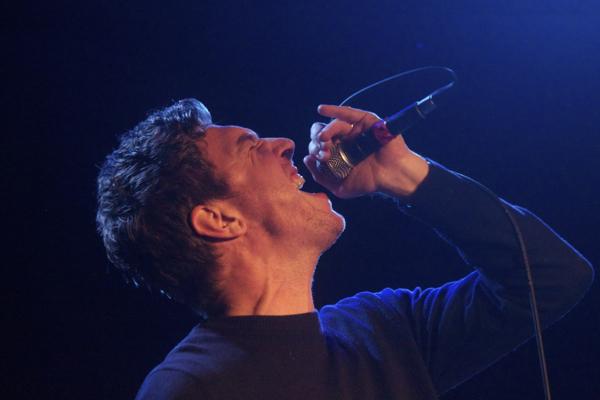 Capping off a month of touring, Hamilton Leithauser is back in New York City at the Bowery Ballroom. Leithauser comes prepared with a varied setlist of songs from his new album Black Hours as well as a bunch of brand new, unreleased material in the works from other projects. Defining whether a singer puts up a great concert is completely dependent on an individual’s personal parameters. If a great concert is all about the music, then Leithauser’s show nails it. He is not afraid to push the emotionality delivered in every song, and he executes it to near perfection. Even in spite a few obvious hiccups, Leithauser receives supportive cheers from the crowd because of how physically invested he is in his delivery.

If a great concert is about hearing B-sides and/or new material, then this one ticks the box. The setlist is about 14 songs, including the encore: six of them off of Black Hours and the rest is new material. Halfway through the show, Leithauser dismisses all but Paul Maroon, his former bandmate from The Walkmen and contributor on the Black Hours, and plays a collection of songs from a project presently being worked on by the duo.

However, it needs stating that if a great concert is defined by spectacle and showmanship, this one doesn’t excel. Even from the onset, Leithauser only has three other bandmates playing a basic setup of lead guitar, bass and drums, excluding all the other parts that give his album that chamber pop sound. His audience engagement is especially low, particularly in the beginning. He doesn’t even address the crowd past a simple greeting until after three songs in, which is roughly 12 minutes into the show. Following opening act Elle King, who poured on the charm after every song, it only accentuates his lack of interaction even more. It is worth noting that as the performance goes on, Leithauser seems more engaged and, by the encore, looks completely comfortable interacting and socializing with the crowd.

Overall, it’s a good show but not without its issues. Leithauser gives a great musical performance and, if listening to great music sung live is the pinnacle of a great rock concert, the mission is accomplished.