Nederlands Dans Theater 2 at the Joyce 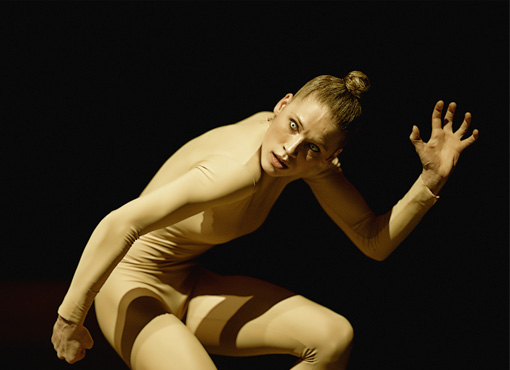 Nederlands Dans Theater 2 (NDT2) is a totally appropriate name for the junior company of the Nederlands Dans Theater, one of the most influential and popular dance companies in the world.  Yet these 16 dancers, 17 to 22 years old, have their own unique performing identity.  It is one thing to put a bunch of prodigies onstage but quite another when they dance with maturity, professionalism and passion, which they are doing at the Joyce Theater. Johan Inger’s I New Then was the perfect opening number.  Set to four songs by Van Morrison, the choreography literally follows his lyrics with steps that loosen up classical ballet technique and reference the mirror movements in the signature style of Nederlands Dans Theater’s great choreographer and former Artistic Director, Jiří Kylián.  Each section is linked by a dancer or dancers leaning forward into a slow shoulder roll.  The dancers wear bland “casual Friday” costumes with nylon dance socks discarded for the finale in favor of their undies – a comfortable rather than conscious striptease.

Another distinctive voice is the inspiration behind Shutters Shut.  NDT2 house choreographers, Sol León and Paul Lightfoot, make full use of Gertrude Stein’s recording reciting her poem If I Told Him: A Completed Portrait of Picasso, turning it into an amazing duet. Imre Van Opstal and Spencer Dickhaus follow Gertrude’s tongue-twisting lead and wry observations about the artist’s personality such as “Would he like it if I told him…Would he like it would Napoleon would Napoleon would would he like it.”  Adding to the fun are the dancers twisting into positions familiar from Picasso’s circus paintings and those of the two acrobats from the Parade, which he designed for Ballet Russes.  Gertrude Stein is the accompanist for Shutters Shut – a fitting tribute to someone who cultivated art and whose transcribed lectures merely hint at her performing skills.

León and Lightfoot darken the mood in Subject to Change.  Using Schubert’s Death and the Maiden practically gives away the ending, but the ballet is genuinely moving.  Taking its cue from the composer’s Viennese connections, the ballet looks like a Vienna School painting.  Four men roll out a Freudian red carpet where Death (Olivier Coeffard) courts a Girl (Yukino Takaura), styled as a Schiele subject.  Initially high-spirited, she succumbs, flexing rather than pointing her feet.  Once Death has won, the gentleman roll up the carpet.  A sad but wonderful way to end the evening.

Nederlands Dans Theater 2 is on at the Joyce Theater from February 3rd until February 8th, for further information or to book visit here. 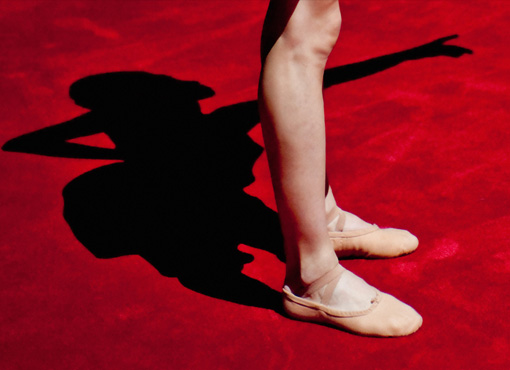 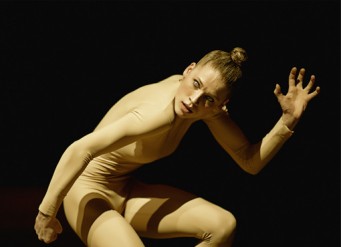 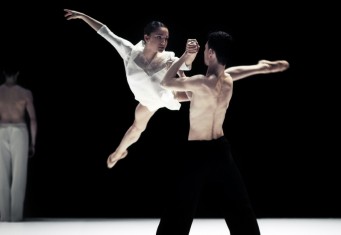