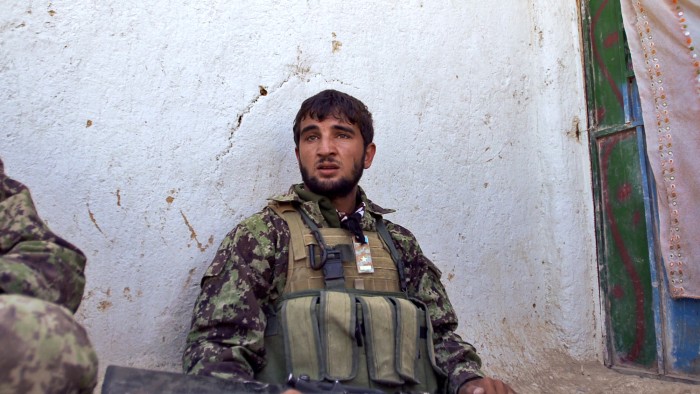 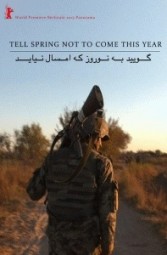 Tell Spring Not to Come This Year has already been met with a resoundingly positive reaction, gaining the Amnesty International Film Award as well as the Best Documentary award in the Panorama section at Berlinale 2015. Positive, however, may not be the correct word to describe the critical response to this harrowing documentary on the ever-present struggles of the Afghan National Army, stationed at the volatile and dangerous Helmand province. Tell Spring Not to Come This Year, shot on the ground by Saeed Taji Farousky and Michal McEvoy, is an important watch – another reminder that the conflict in Afghanistan did not cease with the withdrawal of NATO troops in 2013.

The men are visibly young, there for different reasons. One man states “I wanted a modern life, full of adventure.” Overwhelmingly, though, they’re there by necessity; largely they want to fight for their country, but they also have to pledge their allegiances. In virtue of not supporting the army, they support the Taliban. A man captured by the army, suspected of supporting the enemy, discusses this us versus them attitude; he complains that he has been arrested both by the army and by the Taliban. Defeated, he surmises: “This is what it’s like to live in Afghanistan.”

The mens’ duties range from the mundane to the frontline. The same men who scrub the floors are also the ones shooting. For a western viewer, the documentary is uncomfortable to watch. The unpopular but oft-ignored intervention in Afghanistan seems only to act as a catalyst for the war-torn country, rather than a helpful force. “They told us they would help us…but now it’s like they achieved their own goals and left,” one boy tells the camera, voicing the opinion of the masses. Shots of the luscious landscapes of the country are juxtaposed with shelled towns; the Afghan landscape has also fallen victim to this futile war.

With no end in sight, the men are young and scared. At one point their commander tells them “when you’re afraid, death is near.” One cannot watch this documentary without it rousing fear, so we can only hope that his rhetoric rings false.

Tell Spring Not to Come This Year does not yet have a UK release date.

Watch the trailer for Tell Spring Not to Come This Year here:

Related Itemsberlinale 2015Tell Spring Not to Come This Year