Mind the Gap at New Diorama 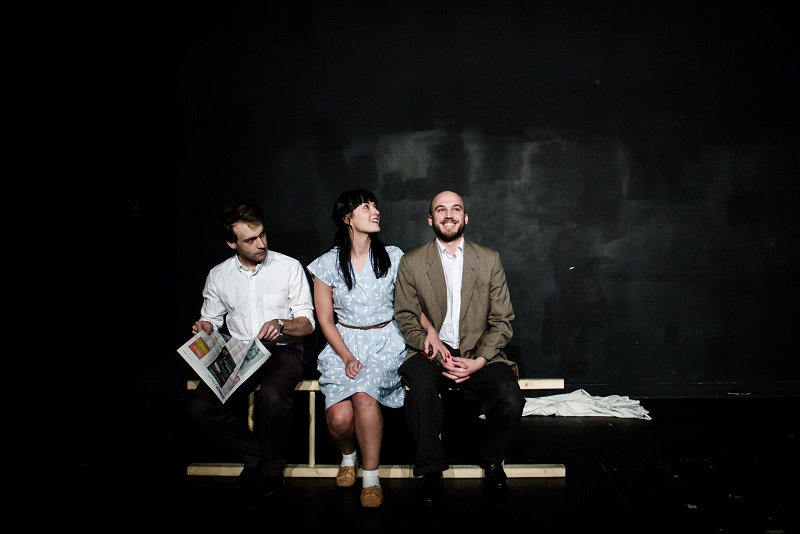 A masterful feat of visual storytelling, Mind the Gap is a heartfelt and innovative imagining of one of London’s great unknown love stories. Hot Tubs and Trampolines, the production company behind Mind the Gap, have always prided themselves on telling tales through wholly unique means, and this production is no different. Using only three actors, a ladder and a handful of props, the team manage to tell the engaging story of Margaret McCollum and her husband Oswald Laurence.

Some familiarity with the tale may be helpful: for many years Oswald was the voice of London’s tube system, reminding passengers to “mind the gap” but as time went on his voice was gradually phased out for the now familiar automated voice. Since her husband’s death in 2007 Margaret has often visited Embankment station to hear his voice once more, but in 2013 Embankment cut it too. So began Margaret’s quest for a copy of her beloved’s voice and, touched by this tale, TFL announced their plans to reinstate Laurence as the voice of Embankment station.

However charming the production may be, there are still more than a few gripes to be had. Though much of the piece was easy to understand, there were a few moments where things felt obscure, and in parts it seemed a little repetitive. There were a few slip-ups here and there, and the production only lasted around 25 minutes, making the tickets seem a little pricey. Nonetheless it’s an enjoyable experience, and a touching story.

Mind the Gap is on at New Diorama Theatre until 23rd February 2015, for further information or to book visit here.