The Levellers at Union Chapel 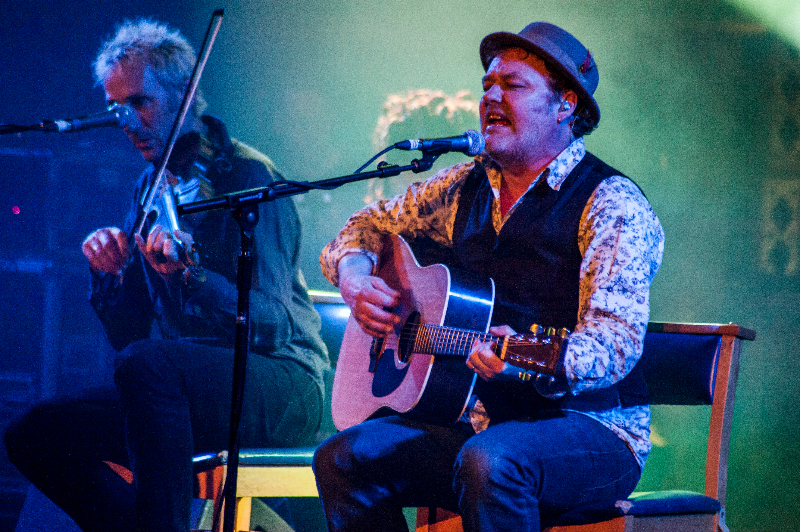 The Levellers at the Union Chapel

In Islington’s biblical Union Chapel, The Levellers’ fans made a pilgrimage for an evening of film and live music: a documentary depicting the band’s musical trajectory, and an intimate acoustic gig. All to the delight of their strong fan base romanced by the folklore feel. The Levellers, formed in Brighton’s 1988 music scene, enjoyed huge success throughout the 90s – headlining Glastonbury in 1994, and releasing seven gold selling albums in the same decade. However, with Britpop taking over, it’s easy to see how this humble band ending up becoming lost in the musical landscape. The documentary highlights how bad blood between The Levellers and musical press never really did them any favours. A fantastic scene follows – Jeremy Cunningham, the band’s bassist, sits in a public toilet reading aloud all of the bad reviews they have received. You can connect the dots.

Cunningham takes the main focus in the documentary. It’s easy to see why, his whimsical and almost childlike attitude is infectious. His japes encourage laughs from the audience, as though this is an old friend they’ve known for years. No doubt they have.

What’s clear from the documentary is that The Levellers have a deep, bonding respect for each other. Repeatedly, everyone makes the point that they are a family, which is reflected in their music. As soon as the band walks out, the crowd rises to its feet, but lead singer Mark Chadwick humbly asks them all to sit down. Everyone is equal here.

For those that may not be die-hard Levellers fans, the gig has a filler feel, but trundles along at a nice pace until they play Elation, made famous by the presence of an almighty didgeridoo. The presence of the didgeridoo, protruding from the pulpit of the church, reverberates around the stone walls with an amazingly ominous sound that makes you think an Aboriginal Christ is going to majestically rise from the stage in a ray of light.

Alas, with all ageing, post-anarchic musical heavyweights, their political messages are lost somewhere in their past. Dancing in the aisles wasn’t encouraged, and they had a strict curfew to adhere to. The overall evening felt more familial than frantic, tongue-in-cheekily acknowledged by Mark, explaining: “If you want to be a revolutionary it’s all about the timing.”

For further information about The Levellers and future events visit here. 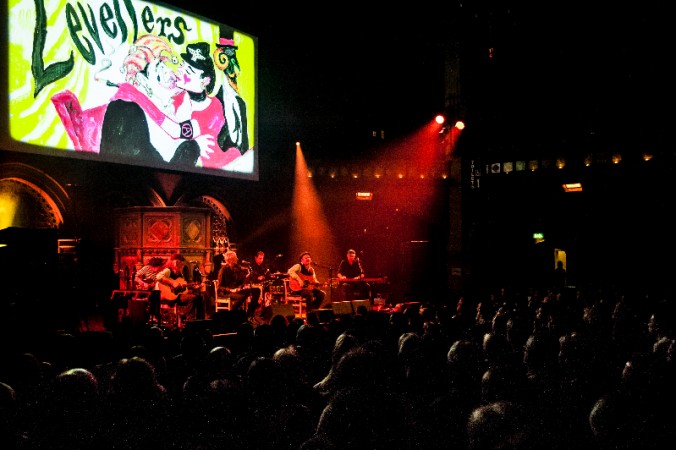 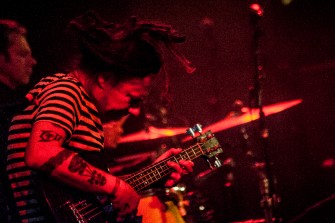 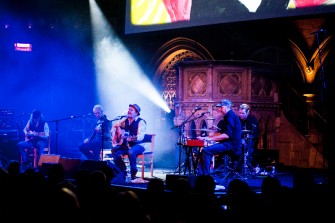 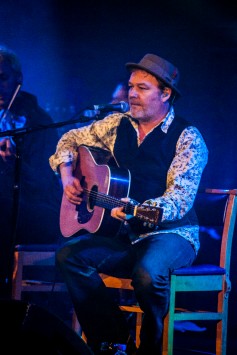 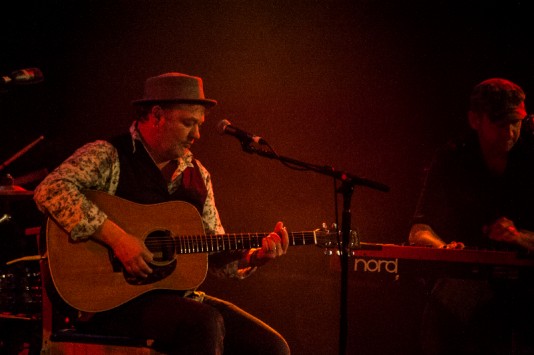 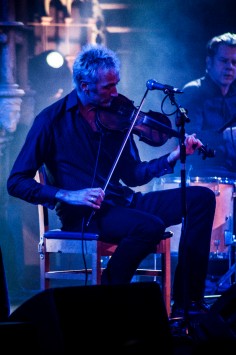 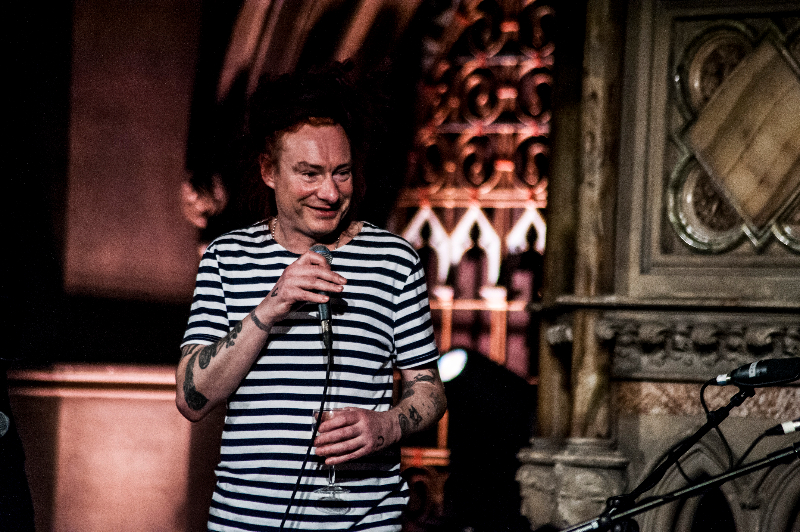 Watch the video for One Way here:

The Levellers at the Union Chapel