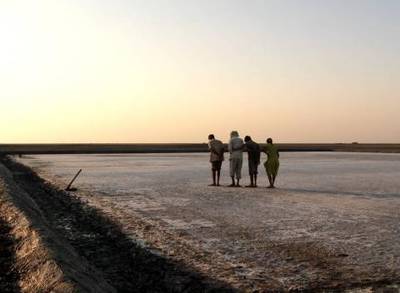 My Name Is Salt | Movie review 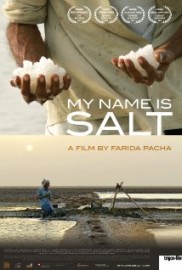 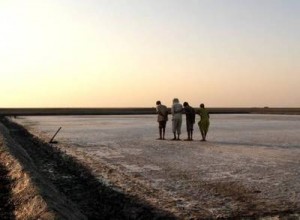 The film portrays the commitment of 40,000 Indian families to the production of white salt, undertaken during eight physically punishing months each year, all the while painting an intimate picture of Sanabhai and his family. During these eight months, the labourers engage in unrelenting work in the knowledge their efforts will be washed away upon the arrival of the monsoon, yet their dedication and poise are unwavering.

Pacha’s documentary is meticulously accomplished, a laboir of love like that of his subjects. The 90-minute production is an intimate portrait of the simple dignity in honest toil. Kept in motion through sources of monotonous rhythm – cogs turning in machines, feet pressing the plains, palms preparing bread – My Name Is Salt achieves drudgery in form and matter. Scenic stills halt the pace of the film, encouraging moments of reflection in between the periodic bustle of labor. Mindful of the value in conveying his insights simply, Pacha communicates the motif of craftsmanship through the simplest exchanges. Recurrent throughout are scenes in which women, in one instance Manju and Dharmi, braid each others’ hair, deriving enjoyment and humanity from the pastime. In these scenes, living is depicted as a craft necessitating skill – a plait requires care and technique, as does the wider cause of the salt people, cultivated year upon year.

My Name Is Salt creatively but cautiously bridges the gap between community and individual identity; its culmination in a social ceremony depicts the salt people as a collectivite, despite an emphasis upon individuality throughout. Despite Pacha’s wilful paradoxes, the theme of optimism triumphs in his documentary, achieving an enlightening and humbling insight into the trials and toil of Sanabhai and his family, but also into their profound sense of purpose and of pride.

My Name Is Salt is released nationwide on 19th March 2015.

Watch the trailer for My Name Is Salt here: