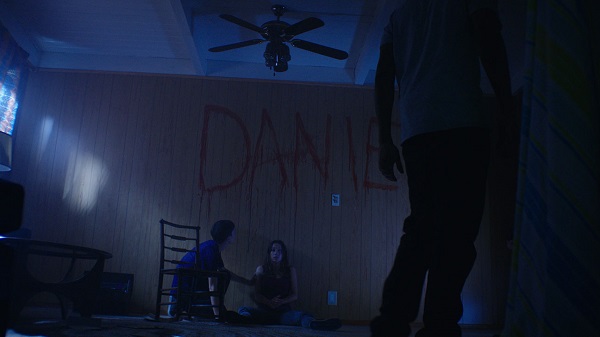 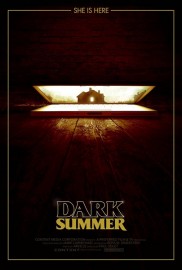 Considering the extent to which the Internet pervades our lives, and for how long, it’s perhaps a little surprising that, in 2015, fans of horror movies are still waiting for anything approaching a definitive web-based chiller. A fresh-faced pretender to this vacant throne, director Paul Solet’s Dark Summer tells the tale of 17-year-old Daniel (Keir Gilchrist) – forced off the ‘Net and into house arrest for the cyber-stalking of a classmate, he is haunted by his crimes in more ways than one.

While the broken logic in punishing an unruly minor by leaving them entirely unsupervised for the summer places the plot on dubious ground from the get-go, there is at least a commendable lo-fi honesty to the way that technology is portrayed. Daniel’s frustration at having to revert to an ancient “offline” games console for kicks raises a giggle, and the way horror initially announces itself through authentic visual pop-ups and alert tones that many in the audience will encounter on a daily basis is refreshingly disquieting. Unfortunately, while this faithful depiction of modern social networks creates a channel through which scares might have hit home especially hard, a formulaic and predictable script fails to take advantage of it. For a low-budget indie film such as this, all but abandoning neatly established savvy relevance to tired, old “face at the window” shocks (and an unwelcome measure of Scooby-Doo-style snooping) is a critical error that results in a cheap-looking and uninspired end-product.

For such a young actor, Gilchrist does well with the pained physicality required in his role as the target of the supernatural malevolence, but the same cannot be said for those supporting him. Particularly as the focus shifts from an electronic menace to hokey “spell book and sorcery” fodder, wooden portrayals of such stock characters as the doe-eyed love interest and street-talking sidekick remove any lingering hopes that the film might deliver anything remotely original.

Sadly for those on the look-out for the first true horror classic of the i-Phone generation, the wait goes on.